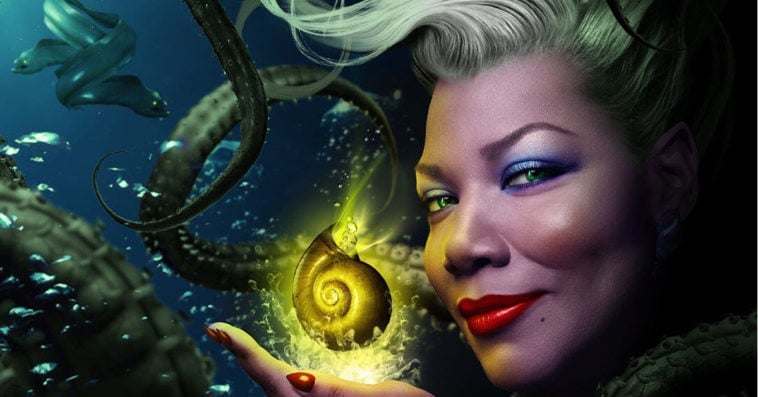 After being put on hold for two years, ABC’s The Little Mermaid live musical is back on.

Officially titled The Wonderful World of Disney Presents The Little Mermaid Live!, the musical will star Auli’i Cravalho as Princess Ariel, Queen Latifah as sea witch Ursula, and Shaggy as King Triton’s advisor Sebastian. All three actors took to Instagram to share how excited they are to be part of the project.

“Fortunately I know a little magic.” ? Excited to be a part of The Wonderful World of Disney Presents The Little Mermaid Live! #Ursula #TheLittleMermaid #TeamSeaWitch . . ?: #AnnieLeibovitz

Excited to be a part of it!! Thanx to the guys at ABC networks and the wonderful world of Disney for the opportunity! #sebastianstan #littlemermaid ??

Billed as a tribute to 1989 animated film The Little Mermaid, the musical will air on November 5th to mark the 30th anniversary of the classic Disney animated feature. The special will feature live musical performances interwoven into the broadcast of the original movie. It will combine intricate sets and costumes created for the special with music from the film and its Tony Award-winning Broadway stage adaptation.

Hamish Hamilton, who will direct the live special, said at the Television Critics Association (TCA) summer press tour on Monday that Cravalho, Queen Latifah, Shaggy, and the rest of the cast will perform 10 to 11 musical sequences throughout the special, with 2 or 3 of the songs coming the from the 2008 stage adaptation.

“It’s unlike anything that any other network has done before in terms of a live musical,” ABC Entertainment president Katey Burke told the reporters at the TCA press tour. “It really is a seamless interweaving of live-action musical and performances and the animated film itself.”

Burke added that if The Little Mermaid is a success, it definitely can lead to do more live musicals based on Disney film titles on ABC. “If it works, I expect we will do more of them and we will work closely with the feature department about timing,” she said.

Speaking of timing, Burke is not worried about the musical and Rob Marshall’s The Little Mermaid live-action film cannibalizing each other. “[There’s] really not a worry about one overshadowing the other. The timing is so different—ours premieres in the fall, and the movie will be in theaters long after that,” Burke said. “It’s a testament to the strength of Disney IP that these classic stories can continue to have iterations that are so different from each other. Ours in particular is really built for television.”

Marshall’s The Little Mermaid, starring Halle Bailey in the title role, is scheduled to begin production in early 2020.