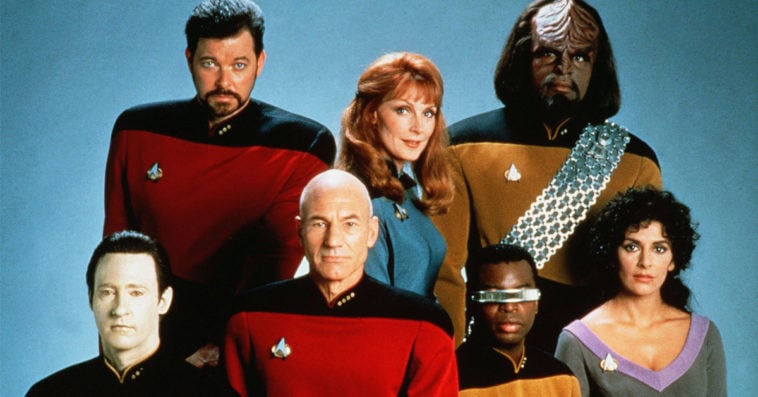 The new captain of The Enterprise has finally been revealed.

Since it was confirmed that Jean-Luc Picard (Patrick Stewart) is no longer the captain of The Enterprise in the new series Star Trek: Picard, several fans have begun to wonder who succeeded him in the role following his resignation from the Starfleet.

Worf’s promotion to captain is a major development for the character, especially after it once looked like he would never get the chance to command any Starfleet vessel in his entire career.

In the Deep Space Nine episode Change of Heart, the Starfleet tasked newlyweds Worf and Jadzia Dax (Terry Farrell) to rescue a Federation spy. But when Jadzia got seriously wounded, Worf quickly abandoned the mission to save his wife — a decision that ultimately led to the spy’s death. Disappointed by Worf’s actions, the Starfleet told him that the incident would leave a permanent stain on his record that could likely prevent him from being promoted to a captain’s rank.

While the things that led to Worf’s promotion are unclear, promoting Starfleet’s first ever Klingon officer to commanding officer is a clear message of unity among all races at a time when the galaxy is becoming increasingly divided following the destruction of Romulus.

Though this new revelation has made some fans more excited to see Worf back in live-action, fans shouldn’t expect Dorn to guest star in Star Trek: Picard anytime soon. In an interview with Inverse in 2018, Dorn said that he isn’t ruling out an appearance in the newest Star Trek series, but he made it clear that he wouldn’t be joining the show if his role is just going to be a cameo.

“I’m only interested in if it’s something really interesting; if the character was a major part of the franchise or whatever the show is,” the actor explained. “He’s not just going to show up, beat somebody up, and then go home.”

A new episode of Star Trek: Picard arrives on CBS All Access and Amazon Prime Video every Thursday.