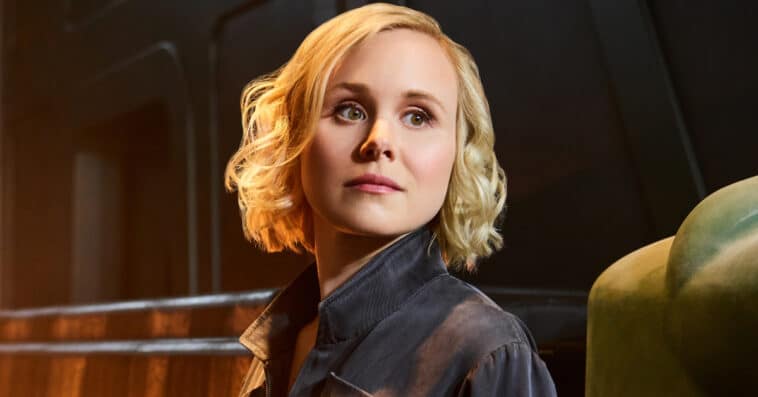 Dr. Agnes Jurati won’t be back for the third and final season of Star Trek: Picard.

The news was revealed by Alison Pill herself in a recent interview while promoting her new film All My Puny Sorrows.

“I know that season 3 will be the end. I wasn’t a part of season 3, so I don’t have much to say about it in terms of spoilers,” Pill told MovieWeb when asked what fans can expect from Star Trek: Picard’s last batch of episodes. “I will get to watch along with everybody else.”

Pill didn’t reveal the reason why she isn’t returning for season 3 of Star Trek: Picard, but it looks like her departure from the series is a result of a creative decision to wrap up Agnes’ arc.

Agnes was introduced in season 1 as an expert on synthetic life at a time when the Federation had banned all research in the field. Jean-Luc Picard (Patrick Stewart) tapped her to help deal with Data’s (Brent Spiner) daughters, Dahj and Soji (Isa Briones). After that was resolved, Agnes accompanied Soji on her diplomatic tour, but then got dragged into an adventure across timelines in season 2 that saw her spending time with a new incarnation of the Borg Queen (Annie Wersching), who was later assimilated into Agnes.

That assimilation inspired a change of heart in the Borg Queen, who will now develop a new Borg union around cooperation rather than dominance and total assimilation. At the end of last week’s episode, the Borg Queen took over La Sirena and left for the Delta Quadrant. It remains to be seen whether Agnes will still be able to reverse the assimilation or it’s already too late.

Aside from Stewart, original cast members Jeri Ryan and Michelle Hurd, who play Seven of Nine and Raffi Musiker, respectively are both confirmed to return for season 3.

There’s no word yet whether Briones, Santiago Cabrera (Chris Rios), and Evan Evagora (Elnor), will reprise their roles in the final season.

Star Trek: Picard season 2 finale will arrive on Paramount+ on Thursday, May 5th.