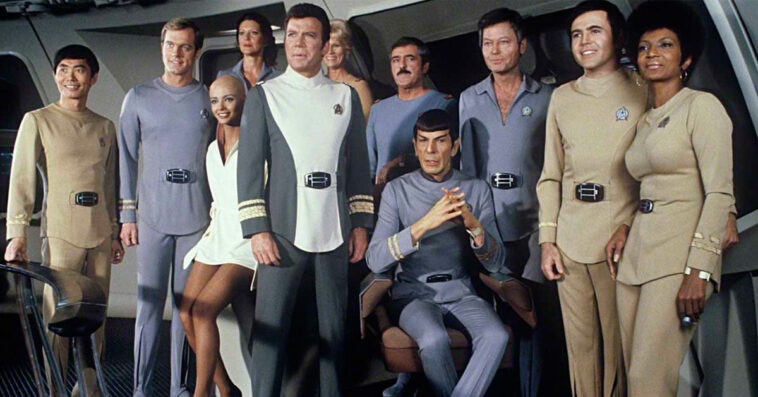 The first 10 Star Trek films are no longer streaming on Paramount+.

In November 2021, Paramount+ became the streaming home of all 13 Star Trek movies. However, over the last year, the films would come and go from the service, sometimes appearing on other online platforms. By September of this year, all Star Trek films, except for 1982’s Star Trek II: The Wrath of Khan and 2016’s Star Trek Beyond, were still available on Paramount+. However, by the start of October 2022, only the 2009 film Star Trek and its 2013 sequel Star Trek Into Darkness are available to stream on the platform.

As of writing, the six The Original Series (TOG) films, the four The Next Generation (TNG) movies, and Star Trek Beyond ― which is the latest movie of the franchise and the third installment in the Kelvin timeline series ― are nowhere to be found on Paramount+’s library.

Where to stream TOS and TNG movies

The exits of the movies from the streamer, however, only appear to be specific to the U.S. As the first 11 movies of the franchise are still available on the service in the United Kingdom.

Why did Paramount+ remove TOS and TNG movies from its library?

While this month saw the biggest exodus of Star Trek movies from Paramount+ in over a year, TrekMovie.com suggested that the departure of the films from the platform is simply due to licensing deals cut with other streaming services several years in the past.

The website noted that the films could show up on AMC+ or other services in a month or two and will likely return to Paramount+ at some point. In fact, all TOS and TNG movies exited Paramount+ for AMC last year only to come back to the former a few months later.

How to watch TOS and TNG movies right now

The future of Star Trek movies

Though the sci-fi franchise has been doing well in expanding its universe through its various web series on Paramount+, the future of the movie department of the franchise remains uncertain, especially after the long-gestating follow-up to Star Trek Beyond lost its director.

Matt Shakman, who was supposed to direct the fourth Star Trek movie to feature the Kelvin timeline, exited the project to helm Marvel Studios’ upcoming Fantastic Four movie. The next Star Trek film was previously set to debut in December 2023, but following Shakman’s departure from the project, Paramount Pictures removed the film from its release schedule.