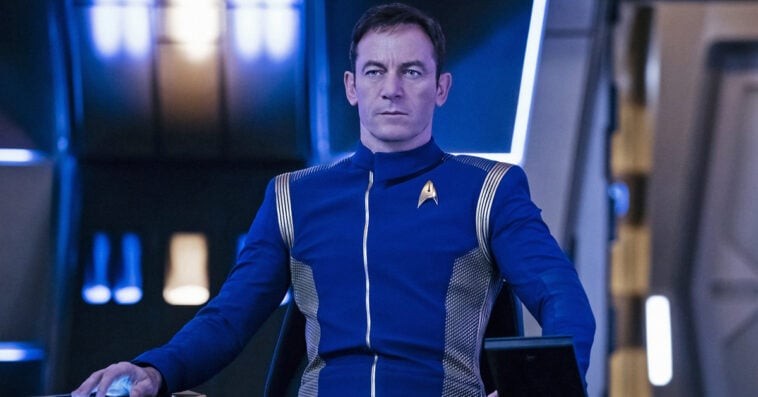 The question of what exactly happened to the real Prime Lorca may finally be answered in Star Trek: Strange New Worlds.

Gabriel Lorca (Jason Isaacs) was introduced in Star Trek: Discovery season 1 as the captain of the then-experimental titular ship. Lorca easily became a fan favorite, and that’s why several viewers were shaken to the core when it was revealed that he was not the real Prime Lorca.

The real Prime Lorca was assigned as the captain of the USS Buran at some point in 2256, but unknown to anyone at this time, he had actually been replaced by Terran Lorca, the character’s evil counterpart from the Mirror Universe.

Michael Burnham (Sonequa Martin-Green) and the rest of the USS Discovery crew defeated Terran Lorca in the latter part of the show’s freshman run, resulting in Isaacs’ departure from the series.

After discovering the switch between the two Lorcas, the then Vice Admiral Katrina Cornwell (Jayne Brook) came to the conclusion that no one would be able to survive alone in the Mirror Universe and assumed that Prime Lorca was dead. Despite this, the real fate of the original Lorca as well as the precise timing of his replacement by his mirror counterpart remain unknown.

While there’s a possibility that Prime Lorca is still alive, it’s very unlikely that Discovery will explore that potential storyline, especially after the majority of the main characters jumped 900 years into the future in the show’s season 2 finale.

But since Strange New Worlds takes place in the same pre-Star Trek: The Original Series era as Discovery’s first two seasons, it could be the perfect venue for Prime Lorca to appear and to reveal what really happened to the character.

“I’m working with Akiva Goldsman right now, who wrote and directed quite a lot of Discovery, on a Tom Holland mini-series, The Crowded Room in New York. We’ve talked about Prime Lorca, and it would have to be as good a story as season 1 of Discovery,” Isaacs said of what would make him return as Prime Lorca to the Star Trek franchise.

The actor continued, “I don’t want to come back just because he’s a fan favorite and do some version that isn’t anywhere near as good. … They have so many brilliant series up now. Strange New Worlds has been a massive hit as well, and Picard is a huge hit, but where and if there’s space for a Prime Lorca arc, I’m all up for it. I don’t want to come back just to squeeze into that sausage skintight suit.”

Discovery, which ended its season 4 last March, is set to return to Paramount+ for its season 5 in early 2023.

Strange New Worlds, meanwhile, just wrapped up its season 1 earlier this month. The show’s season 2 is currently in production and is also expected to premiere in 2023.