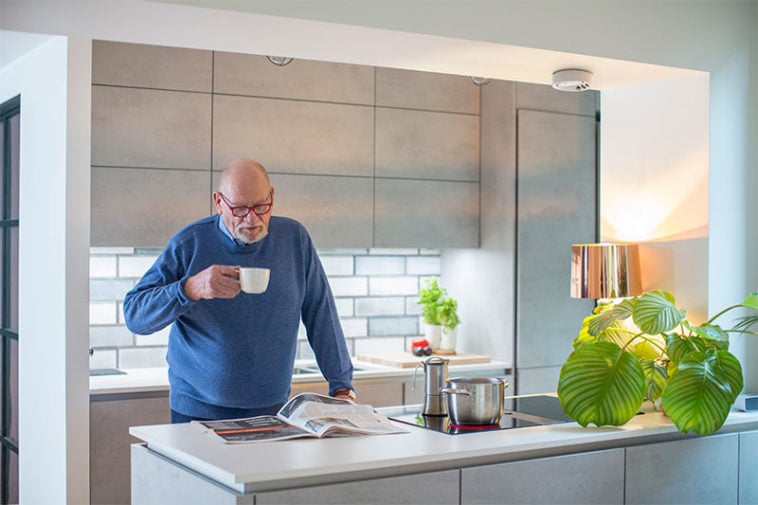 The National Fire Protection Association says fire departments in the U.S. respond to an average of 355,400 house fires every year. Most commonly caused by cooking, these fires result in property damage totaling in the billions and over 14,000 injuries and deaths per year. Looking for a remedy, a start-up called Safera is launching a stove guard safety sensor that “makes your existing kitchen smarter, safer and more connected.”

Safera Stove Guard promises a simple solution to a complex problem. By monitoring the stove temperature, power consumption, and human presence, Safera is designed to prevent fires before they ever occur.

Available either pre-installed or as a product to be installed separately, the Stove Guard arrives as the battery-operated Airis, ceiling mounted Aurora or discreet Siro.

Building on the team’s 11 years of experience, Safera is now working on a plug-n-play smart sensor that further streamlines the experience. Dubbed Safera Sense, the app-centric sensor “recognizes cooking events and sets timers automatically, monitors air quality and tells you when it’s time to ventilate, and alarms if the stove has been accidentally left on.”

Safera is expected to launch a crowdfunding campaign for Safer Sense in the coming weeks. Safera was also busy previewing their kitchen tech at IFA GPC which took place this past weekend in Andalusia, Spain.

Each year IFA GPC brings together over 300 journalists from around the world to discuss the latest global consumer electronics trends and to get some sneak previews of what’s to come later on in the year at IFA in Berlin. IFA is Europe’s largest consumer electronics show.