With their signature Grit, Love, Action, and Moxie (G.L.A.M.), the girls of Rainbow High are bringing the sass together in a Rainbow High dolls 6-pack collection.

Now that the dolls have made their spectacular entrance, you can have a rainbow around you 24/7. These toys were designed to inspire kids to achieve their dreams, and this 6-pack features 6 of them in all their colorful glory.

Krystal Bailey, Amaya Raine, Stella Monroe, Bella Parker, Karma Nichols, and River Kendall each shine with their unique personalities, and it is manifested perfectly in this fashion doll set. Each fashion doll is equipped with poseable arms and legs to strike various poses. On top of that, you’ll love their long eyelashes, luscious brushable hair, and show-stopping sense of fashion.

These trendsetting dolls live up to their collective name as they each radiate their own innovative characteristics. On top of that, they complete the spectrum of the rainbow when placed side by side. Each pack includes 6 dolls, with 6 matching outfits, 6 pairs of shoes, individual stands, and a variety of accessories.

To make the dolls look their best, it is recommended to wash their hair thoroughly after unboxing. Just like how you take care of your own mane, simply wet the dolls’ hair with water, lather it with shampoo or dish soap, rinse it out, and let it dry completely. And for a little extra shine, add a bit of conditioner after the shampoo. Doing this will get rid of the styling gel, giving way to your own sense of hairstyling and hairdos.

What is Rainbow High? 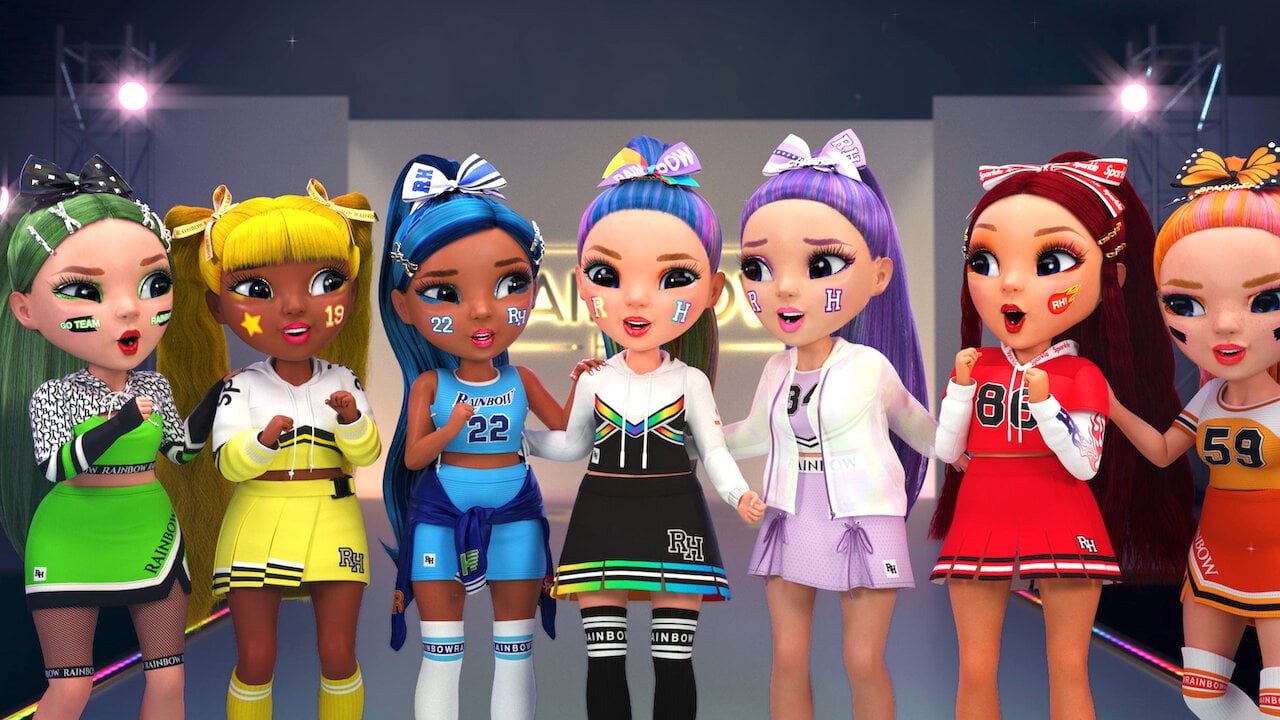 Rainbow High is an animated series that follows a group of friends who begin their journey as freshmen at a prestigious visual arts high school.

Reflecting the name of their school, their bold hair color choices and outfits seamlessly follow the color scheme of the rainbow. Aside from its visually stunning characters, the show also features relevant coming-of-age stories that youngsters and those that are young at heart have come to love.

How many Rainbow High Dolls are there?

How tall are Rainbow High dolls?

A Rainbow High doll measures 10 x 6 x 26 inches. Other variations measure up to 24 inches tall for an extra tall dose of G.L.A.M.

What is the hardest Rainbow High doll to find?

While all Rainbow High fashion dolls are well known, Krystal Bailey seems to be the most popular one, as toys based on her are almost always sold out in stores and on different e-commerce sites.

No, but these best-selling dolls are sold out at many stores.

Where to buy Rainbow High dolls

Showcase your rainbow colors with the dolls from Rainbow High!

What is so special about Rainbow High dolls?

The dolls from the Rainbow High franchise are special, as they each represent the colors of the rainbow. The dolls were inspired by the Rainbow High series, which was first released in 2020. The story follows the lives of the main characters while they navigate through a prestigious Fine Arts school known as Rainbow High.

While it was not directly stated that they are part of the LGBTQ community, the dolls represent individuality and inclusivity. So, that can also include celebrating LGBTQ+ pride.

Created by Michael Scott Anderson originally as Rainbow Surprise dolls, Rainbow High dolls are made by American toy company MGA Entertainment. First released in 2020, the dolls are basically a re-invention of the 2019 Rainbow Surprise line and were introduced as a spin-off from the toymaker’s Poopsie Slime Surprise brand.

Is Rainbow High the same as Monster High?

While Rainbow High and Monster High are both American television series based on fashion dolls,  where the dolls themselves have similar medium body builds with large heads, they are not the same thing.

The former follows the story of students at the Fine Arts school known as Rainbow High and the latter shines the spotlight on the lives of teenage kids who are the offspring of famous monsters.

Rainbow High dolls are different from LOL Surprise dolls, but both fashion doll brands are made by MGA.

Where are Rainbow High dolls manufactured?

Can Rainbow High dolls get wet?

These dolls come with glued hair that needs to be washed out. Kids can’t color the dolls’ hair if they are left unwashed. So after unboxing the dolls, wash their hair thoroughly to remove the styling gel from the mane and let them dry completely.

What age group are Rainbow High dolls for?

This beloved fashion doll brand is suitable for ages 5 and up.

How many seasons of Rainbow High are there?

So far, there have been three seasons of Rainbow High. The show’s first season premiered in October 2020. The second season kicked off in July 2021, while the third season debuted in March 2022.

Where to watch Rainbow High

Full episodes of Rainbow High are available to stream on Netflix and YouTube.

Will there be a season 4 of Rainbow High?

There is no news yet on whether a fourth season Rainbow High is in the works.

What is Skyler’s last name in Rainbow High?

The TV series has mixed reviews from adult viewers. A number of mature audiences think the show lacks educational value and puts too much emphasis on consumerism and outward appearance. In some episodes, the show seemingly gives more importance to becoming popular, with many of its main characters worried about the number of followers and views they get online.

Some adult viewers, on the other hand, argue that the web series promotes accepting change, self-confidence, friendship, and creativity. While the characters in the show are not going over color theory or counting from 1 to 10, that doesn’t exempt it from being educational.