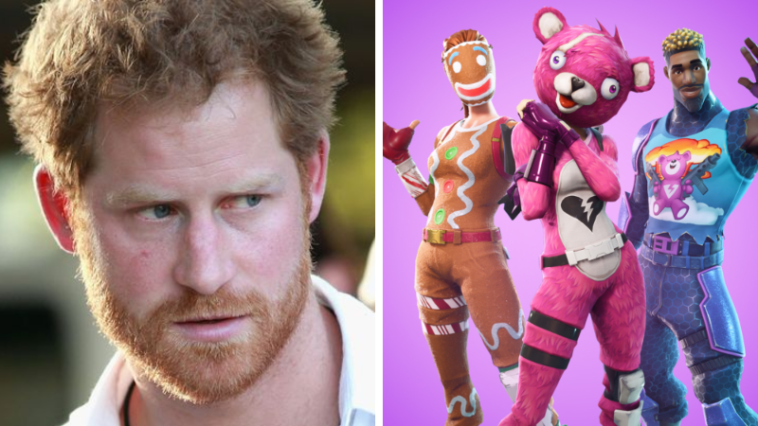 If it were up to Prince Harry, Fortnite would be banned, leaving legions of players thankful that the British monarchy is largely symbolic, with little power to actually impose such an order.

Sources say the Duke of Sussex “launched an explosive attack on Fortnite” during a recent visit to a West London YMCA. While rubbing shoulders with the locals, the Prince likened violent video games to “drugs and alcohol,” and says parents must do everything possible to protect their children.

Citing mental health experts, Prince Harry said he believes “[the] game shouldn’t be allowed,” even questioning the “benefit of having it in your household.”

So far, Fornite has amassed a following of some 250 million players worldwide, with over 50% of player between the ages of 10 to 25.

Bolstering the Prince’s argument, Education Weekly says teachers are “frustrated by students playing the game under their desks or coming into school half-asleep after playing all night. And the game’s popularity is resurfacing debates around video games’ addictive nature and violent content.”

To curb the “global epidemic” the Duke of Sussex says parents must take an active role in promoting human connection and real-world actives away from the internet.