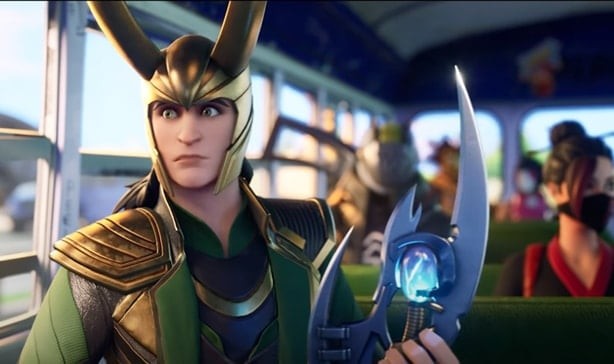 Fortnite’s newest character is a sly one. The God of Mishchief Loki has arrived as the game’s newest skin.

Adding to its diverse selection of pop culture characters, Fortnite will be offering the Tessaract-stealing villain as an exclusive item for subscribers to the game’s premium service, Fortnite Crew. So no, you will not see him in the regular store.

Fortnite Crew goes for $12 a month and offers subscribers V-bucks, the season’s battle pass, and special items. Epic Games has promised that exclusive Fornite Crew items will forever remain exclusive and will never be sold or given away to non-subscribers.

Loki will be on sale for Crew members starting July.

Unlike his uniform in the Disney+ series, Loki, this Fortnite version sports an outfit that’s much closer to his signature as seen on the Avengers Loki. There will also be a new Loki-themed loading screen.