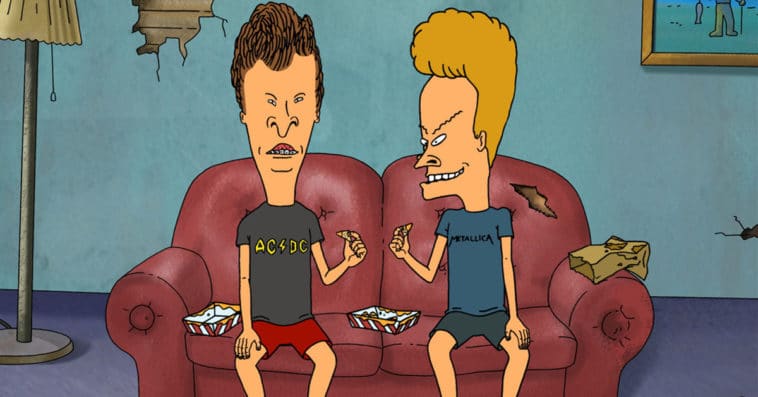 A new revival of the adult animated sitcom Beavis and Butt-Head is heading to Comedy Central.

The ViacomCBS-owned cable network announced on Wednesday that it’s bringing back the hit ‘90s series to TV, with its creator Mike Judge relaunching and reimagining the franchise as part of a sizable deal that includes a two-season order and plans for additional spinoffs and specials. Judge will write and produce the new incarnation and will provide voiceover for both of the titular characters.

While plot details are scarce, the revival will reportedly explore a “whole new Gen Z world” with meta-themes that are said to be relatable to both old and new fans.

“We are thrilled to be working with Mike Judge and the great team at 3 Arts again as we double down on adult animation at Comedy Central,” said Chris McCarthy, who oversees ViacomCBS’ entertainment and youth group as president. “Beavis and Butt-Head were a defining voice of a generation, and we can’t wait to watch as they navigate the treacherous waters of a world light-years from their own.”

Beavis and Butt-Head originated from Frog Baseball, a 1992 short film by Judge originally aired on Liquid Television. After seeing the short, MTV made a deal with Judge to develop the short into a full series, which originally ran for seven seasons from 1993 to 1997. Fourteen years following the end of its original run, the series was revived for a 22-episode eighth season.

“It seemed like the time was right to get stupid again,” Judge joked of Beavis and Butt-Head’s upcoming return, almost nine years after its first revival wrapped on MTV.

In addition to the film Beavis and Butt-Head Do America that was released by Paramount Pictures in 1996, the series also spawned a spinoff series titled Daria, as well as merchandising lines, including comic books and multiple video games.

Interestingly enough, the announcement of Beavis and Butt-Head’s return comes less than 10 days after Comedy Central became the home of Jodie, an adult animated series that is a spinoff of Daria.

Beavis and Butt-Head and Daria join veteran South Park in Comedy Central’s slate of animated offerings, which also includes home syndicated repeats of BoJack Horseman, King of the Hill, and The Cleveland Show.