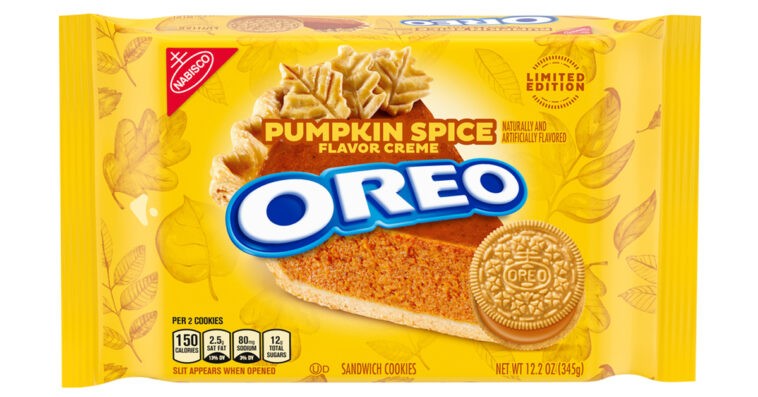 Fall is arriving early for Oreo fans, as the sandwich cookie brand has just set a return date for its beloved pumpkin spice cookies.

Oreo Pumpkin Spice Sandwich Cookies are finally coming back to retail stores across the United States on August 15th after a five-year absence from store shelves. But just like its previous runs, these pumpkin spice cookies are a limited-edition flavor, which means that they will only be available while supplies last.

Oreo’s pumpkin spice cookies were first released in September 2014, and have since returned occasionally to store shelves during the fall season.

Pumpkin as a classic fall flavor

The pumpkin flavor has become synonymous with fall. In fact, aside from Mondelez (Oreo’s parent company), several other firms in the food and beverage industry usually launch or bring back their pumpkin-flavored snacks and drinks in August to cash in on the start of the season.

Pumpkin spice, also called pumpkin pie spice, is an American spice mix commonly used as a flavoring for pumpkin pie. Contrary to popular belief, pumpkin spice does not include pumpkin as an ingredient. It is generally a blend of ground cinnamon, nutmeg, ginger, cloves, and sometimes allspice.

It is believed that the origin of pumpkin spice dates back to the 1600s with the Dutch East India Company. Most spices in today’s pumpkin spice blend are native to Southeast Asian islands, with few spices exclusively found on a few island groups that are now part of Indonesia.

Blended pumpkin pie spice was introduced commercially by McCormick & Company in 1934 and is now commercialized by many companies. As of 2016, pumpkin spice consumables produce $500 million in annual sales, according to Business Insider.