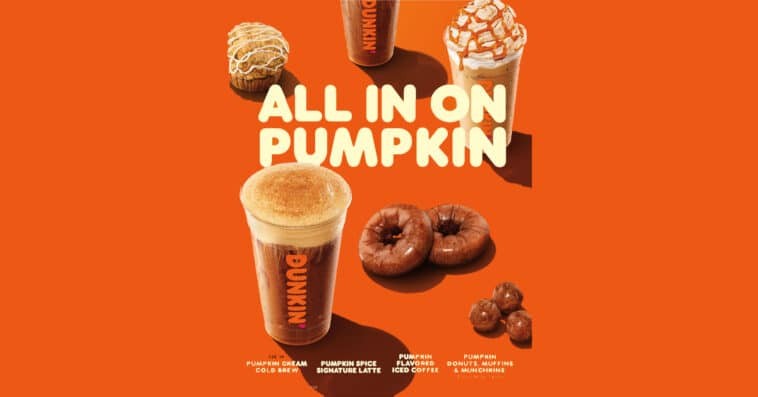 Light orange in color, the Pumpkin Cream Cold Brew is basically Dunkin’ Donuts Cold Brew made with pumpkin flavor swirl, topped with the new Pumpkin Cream Cold Foam, and sprinkled with cinnamon sugar topping. The fall-inspired beverage has sweet notes of pumpkin and hints of warm spices such as cinnamon, clove, and nutmeg.

The entire fall menu will be available at participating Dunkin’ Donuts restaurants nationwide by August 18th, and through September 14th, all customers can enjoy a medium Pumpkin Cream Cold Brew or a medium Pumpkin Spice Signature Latte for a special price of just $3, while supplies last.

Beginning September 15th through October 12th, 10 cents of every cup of 100% Guatemalan Coffee sold at Dunkin’ Donuts restaurants will benefit the non-profit organization One Tree Planted, to support reforestation efforts in Guatemala. Additionally, starting August 18th through September 14th, DD Perks members can earn 2X points on 100% Guatemalan Coffee when they order ahead on the Dunkin’ Donuts app.