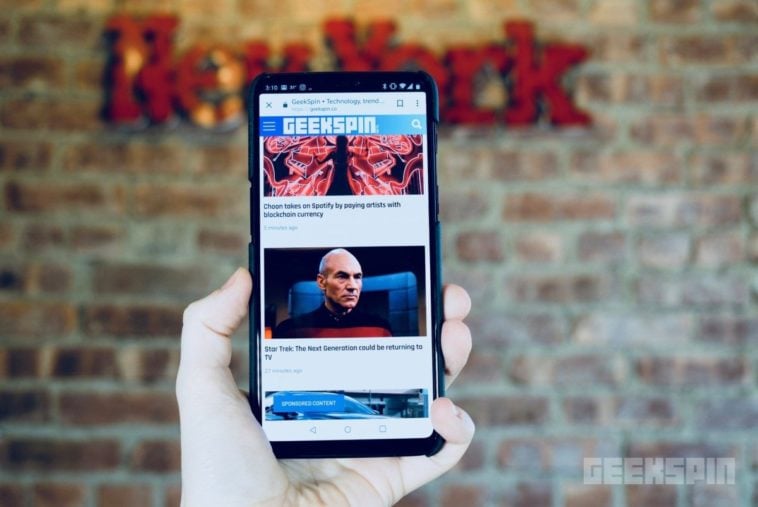 Industry sources are reporting that OnePlus has an all-new smart TV line in the works.

The 5-year-old Chinese company – best known for its smartphones – plans to launch its first TV sometime in 2019. In an interview with Business Insider, CEO Pete Lau told reporters that he plans to shake up the current market, which he feels doesn’t live up to its potential. Lau says current manufactures still make TVs that feel “quite traditional in their functionality and experience. And they haven’t really well-integrated the internet.”

Lau plans to build smart TVs that are as intertwined in your daily lives as our phones. He says his company will accomplish this by incorporating AI, seamlessly connecting to other smart devices, and providing services that handle daily schedule and travel arrangements – all without the needing third-party apps or services.

While the proposed OnePlus TV seems promising, additional details are still absent. For example, we don’t know which AI assistant they’ll use – or if they’re planning to build a 4K or 8K device. Nevertheless, Lau promises the TV will be of ‘premium, flagship TV’ quality. And if OnePlus’ stout history tells us anything, we have little reason to doubt him.

By developing high-quality products at budget-friendly prices, OnePlus’ sales have flourished in China. In fact, Apple is the only company that’s comparable in terms of fan engagement. Loyal OnePlus customers often stand in lines that span a full city block to be among the first to purchase a new device, much like diehard Apple fans. What’s more, unlike the American tech giant, OnePlus is well-known for polling its customers and designing upcoming devices to meet their demands and requests. According to Lau, this practice of idea solicitation will, indeed, be used to develop its TV lineup.

Given the company has already established a reputation for developing premium products at budget prices, one can only expect to see this transferred to it upcoming TV products. But as exciting as the prospect may be, it’s important to note that OnePlus has just begun the process, according to Lau. Although he’s pushing for a 2019 launch, he says the company’s TV line will continue to be developed post-launch until the company’s vision is achieved, suggesting the first incarnation will be just a shell of its true self.