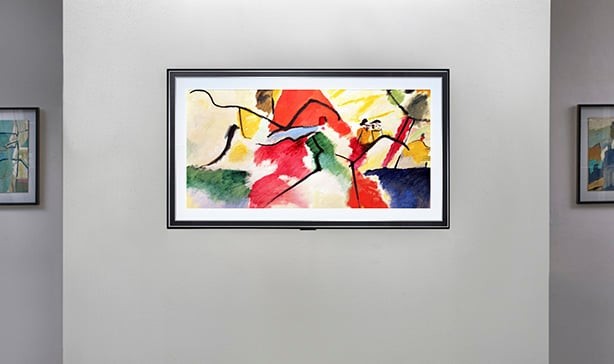 It’s CES, and that means more TVs from LG! They brought over a dozen new TVs to this year’s show, introducing new entries into their artsy GX Gallery TV collection, some new and huge Real 8K screens, and a new, smaller 48″ OLED TV.

LG’s GX Gallery series TVs compete with Samsung’s Frame TVs in the pitched TV-as-home-decor battle. The GX Gallery TVs aren’t much thicker than two smartphones and have flat backs, so they can be mounted to look like picture frames. Available in 55″, 65″, and 77″ variants, this series is specifically created for users who want their TVs to seamlessly blend into their home decor, providing a dramatic appearance that elevates the space with a touch of luxury and elegance. When not on, the Gallery TVs can be put into Gallery mode, cycling through fine art and becoming very 21st century pieces of decor.

LG’s lineup of TVs also includes refreshed models of their popular CS and BX series as well as four new Real 8K models — 65″ and 75″ models in the Nano99 and Nano97 series. That’s all topped off with a smaller 48″ OLED TV for the space-strapped among us.

LG has been busy on the software side, too. They’re diving into using algorithms to optimize color and contrast, especially helpful for all those movies and shows created before HDR. Their new α 9 Gen 3 AI Processor gives LG’s TVs the upgraded processing power to handle all that optimization work.

These 2020 LG OLED TVs also include the Filmmaker Mode that the UHD Alliance and major Hollywood directors like Martin Scorsese and Christopher Nolan agreed on a while back when they got mad about substandard default TV settings. Filmmaker Mode is a single-button way to adjust the contrast, motion, and frame rate settings on your TV to watch movies that look exactly like what the filmmakers made. This, combined with the TVs’ support for Dolby Vision, Dolby Atmos, and, for the first time ever, Dolby Vision IQ, make the 2020 LG TVs capable of one of the most impressive and immersive audio-visual experiences out there. 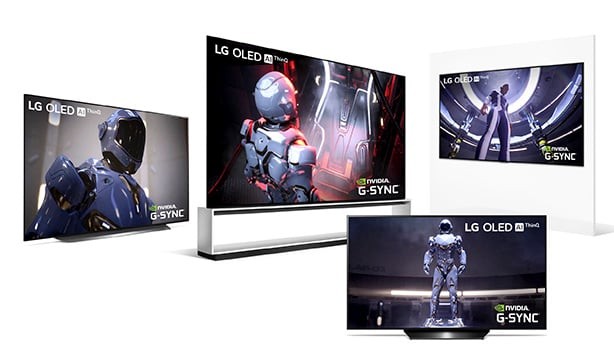 LG’s new TVs are also well-suited to gamers. They’re continuing to include NVIDIA G-SYNC compatibility in their new TVs, which help to get the TV’s processing and NVIDIA’s GPUs in lockstep, preventing on-screen tearing. LG will also be the first to feature the HDR Gaming Interest Group’s HGiG Mode made specifically for playing games in HDR — it’s pretty much Filmmaker Mode for games. 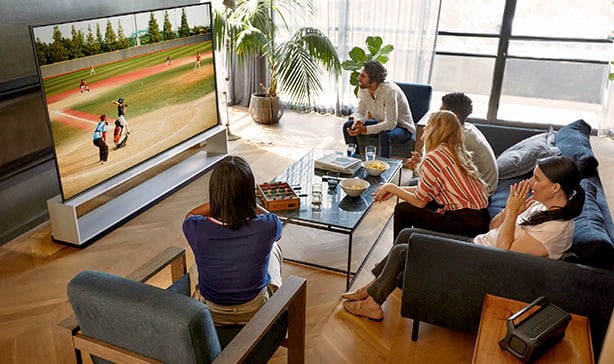 As usual, we won’t know exactly when LG’s new TVs will come out, or what they will cost. We’ll hear more about that in the coming months before the TVs start rolling out, most likely in late summer.