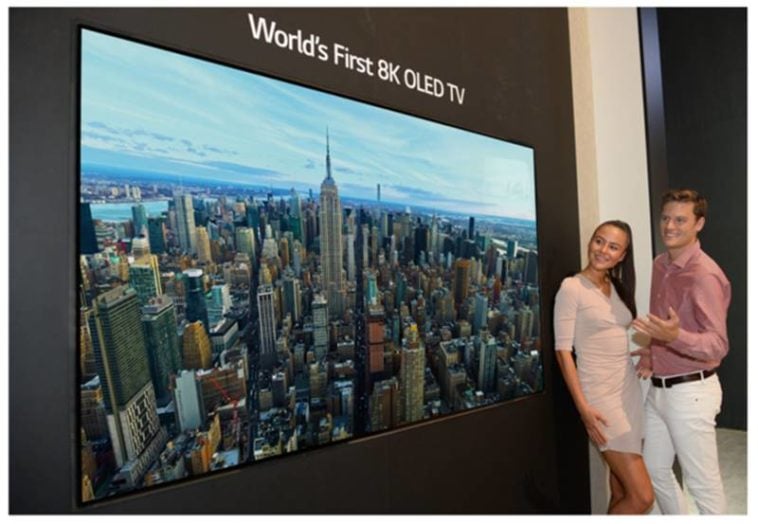 The 88-inch TV – yet to be granted a model name/number – “is the pinnacle of technological achievement and the next evolutionary step in display technology,” touts one official.

LG says they expect to see the 8K TV market blossom to more than nine million units within the next five years. Although LCD technology is steadily improving, LG believes OLED will be the technology of choice for state-of-the-art TVs going forward.

Sources say LG expects to be the first company to introduce 8K OLED to the consumer market. Despite the company’s ambition, they have not confirmed a release date or price, but Samsung has already announced that their own 8K TV will go on sale in October.

Those with behind-the-scenes knowledge say we can expect the TV to cost somewhere in the range of $20,000.