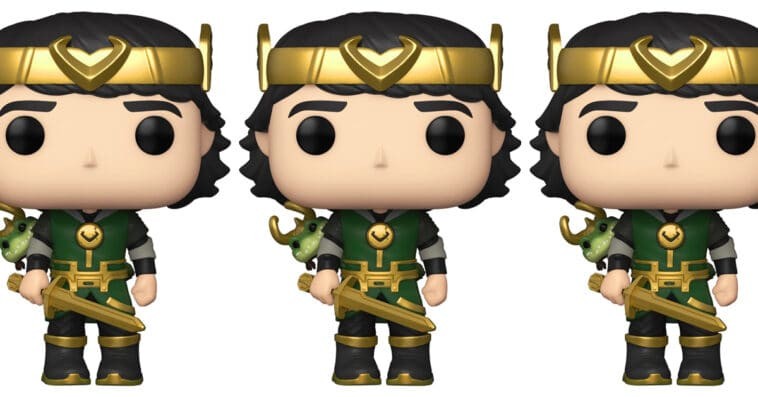 If you are a huge Loki fan, then you will probably be delighted to know that Kid Loki now has its own Funko Pop! vinyl figure.

Standing approximately 3.75-inches tall, the Kid Loki Funko Pop! vinyl figure is based on the live-action version of the Marvel character played by Jack Veal in the Disney+ series Loki.

Dressed in a green battle suit with gold and black accents, the Kid Loki Funko Pop! vinyl figure is wearing a gold winged crown that has small, V-shaped horns resembling the symbol on his chest. The toy is also wielding the Lævateinn, an Asgardian sword that is able to generate fire. The Kid Loki vinyl figure also features Alligator Loki peeking from behind his right arm. 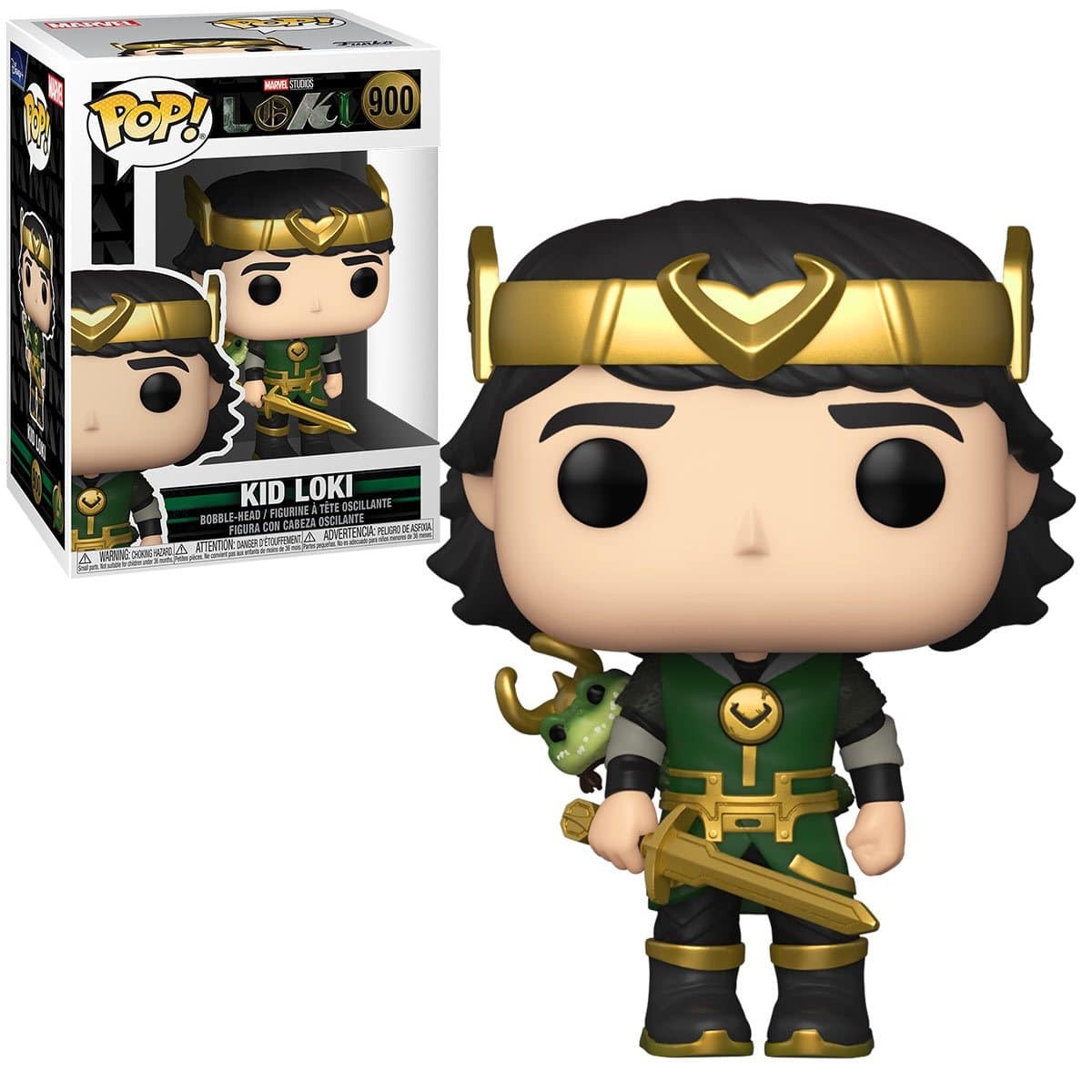 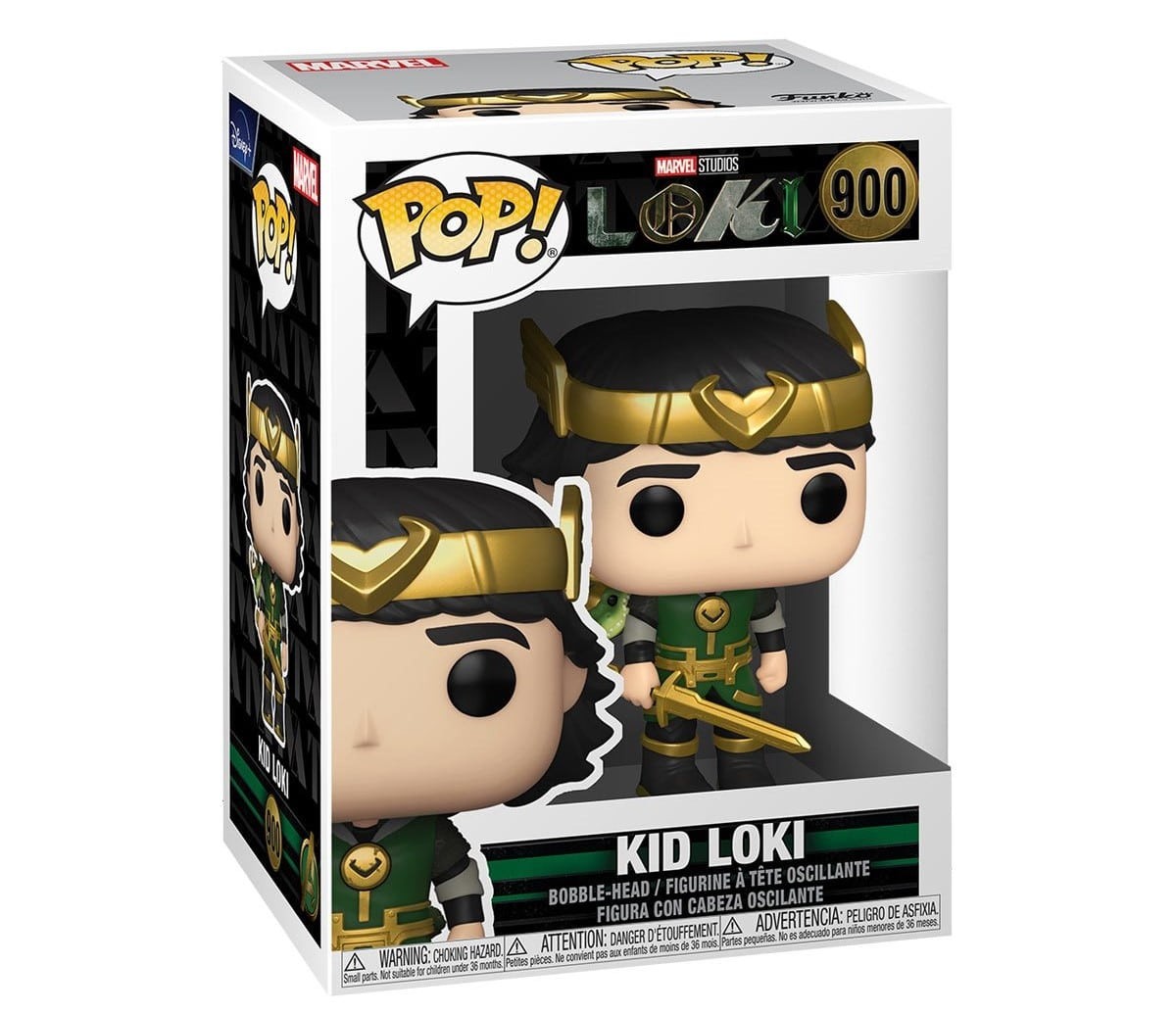 Priced at $10.99, the Kid Loki Funko Pop! vinyl figure is now available for preorder at Entertainment Earth with shipping slated for January 2022.

In Marvel Studios’ Loki, it is revealed that Kid Loki murdered his adoptive brother Thor when they were children. This nexus event caused him to be arrested by the Time Variance Authority. He was then pruned and ended up in the Void with many of his other alternate selves.

Since he managed to kill Thor in his timeline, Kid Loki was respected by his fellow Lokis and earned him the unofficial title of King of the Void. While in the void, Kid Loki befriended other Loki variants, including Classic Loki, Boastful Loki, and Alligator Loki. During their time in the Void, the group focused exclusively on surviving the looming threat of Alioth and avoiding rival Lokis.

Loki has already been renewed for a second season, but it’s not clear whether Veal’s Kid Loki will be part of it.