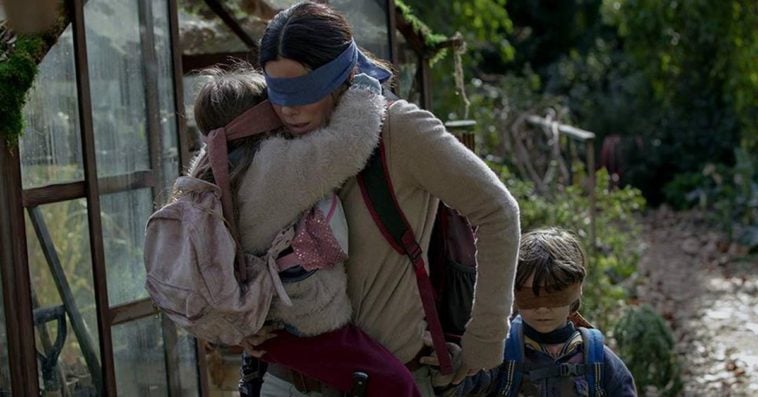 The craze surrounding Netlix’s Bird Box may have finally gone too far.

Released on December 13th, Bird Box was met with mixed reviews. But with a lot of people sharing hilarious Bird Box-inspired memes across different social media sites, the Sandra Bullock starrer became a record-breaking hit for the streaming giant, which claimed that over 45 million accounts watched the post-apocalyptic thriller in just its first week. Things, however, got a little bit worrying when fans started doing the Bird Box challenge.

With the #BirdBoxChallenge, people, like the characters in the film, blindfold themselves before navigating their environment or performing a task. While many people had a lot of fun doing the challenge, they are some who ended getting hurt. Those incidents prompted Netflix to tweet out an urgent warning to the public to stop getting hurt doing the Bird Box Challenge.

Can’t believe I have to say this, but: PLEASE DO NOT HURT YOURSELVES WITH THIS BIRD BOX CHALLENGE. We don’t know how this started, and we appreciate the love, but Boy and Girl have just one wish for 2019 and it is that you not end up in the hospital due to memes.

The most-viewed Bird Box challenge video comes from YouTuber Morgan Adams. As the title of the video revealed, Adams did the challenge for 24 hours, and the most dangerous thing she did in the 15-minute video is take an escalator with a friend who was blindfolded as well. The duo, however, was guided by the one filming them, and who was obviously able to see. As of writing, Adam’s video has earned over 2.3 million views.

Meanwhile, one of the most awful Bird Box challenge videos out there is the clip featuring a blindfolded man with two blindfolded children. At the end of the video, the man accidentally slammed the younger child, a toddler, into a wall as they ran through an opening.

A similar video involving a toddler had already been taken down by YouTube. “YouTube’s Community Guidelines have long prohibited content intended to encourage dangerous activities that have an inherent risk of physical harm,” a YouTube spokesperson told Fast Company when asked if the video-sharing website will be removing more Bird Box challenge videos in the future. “Our policies are especially strict when it comes to content featuring minors and we work to quickly remove flagged videos that violate these policies.”