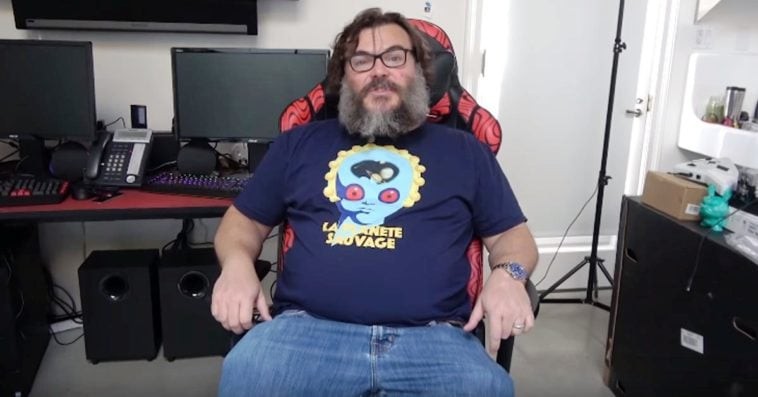 Jack Black is the latest Hollywood celebrity to join YouTube.

The 49-year-old actor, who most recently starred in this year’s family fantasy film The House with a Clock in Its Walls, launched his own gaming YouTube channel last Friday. And based on his first video, Black aims to be the most popular gaming vlogger on the platform.

While Black’s YouTube channel will focus on gaming, the Golden Globe nominee wrote in the description of his introductory clip that he will also be uploading videos about “food and life.”

As of writing, Black’s first video already has over 1.7 million views, and the Jablinski Games channel has over 500,000 subscribers so far.

Though Black is the star of his YouTube channel, the School of Rock actor revealed in the comments section of his first video that it is his son who’s taking on the role as director and editor. “I just want to clarify that there is no production behind this,” Black wrote. “This is all my son. He’s holding me hostage and I can’t be Tracer. Help…”

According to Black’s welcome message, the current plan is to upload new videos every Friday. So if he will stick with it, fans can expect him to drop his second video on December 28th.