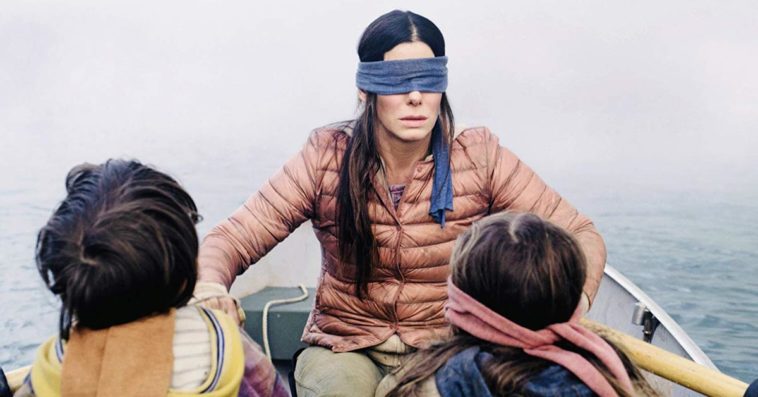 Netflix revealed on December 28th that more than 45 million accounts watched its post-apocalyptic thriller Bird Box over the course of 7 days since its December 21st premiere.  It was reportedly a record-breaking debut for Netflix, but because the streaming service doesn’t usually explain what its viewership data means, it was initially unclear what that figure actually meant.

Took off my blindfold this morning to discover that 45,037,125 Netflix accounts have already watched Bird Box — best first 7 days ever for a Netflix film! pic.twitter.com/uorU3cSzHR

But in a rare move by Netflix, shortly after it made the announcement on Twitter, a spokesperson for the company explained to Entertainment Weekly that the streaming service only counts an account as having watched Bird Box once a view surpasses 70 percent of the total running time, including the credits. The representative also pointed out that even though an account may include multiple views and viewers, it is only counted once. This means that the total view count may be even higher than 45 million.

Though this is how Netflix typically counts the number of views for its original films, the spokesperson clarified that the method isn’t applicable for all Netflix content,  as “nuance” comes into play with metrics for Netflix series and individual episodes.

While some don’t question Bird Box’s record-breaking debut figure, some entertainment critics like The Hollywood Reporter’s Daniel Fienburg couldn’t help but suspect the legitimacy of the number, which has not been verified by a third-party measurement company.

“I’m fairly sure Bird Box is a phenomenon of some sort, but without verifiable data or comparative data for context, a Netflix-affiliated Twitter feed coming down from on-high with suspiciously specific (and yet entirely vague) data is the epitome of nonsense,” Feinberg tweeted.

In an interview with Business Insider, a film producer who declined to be named said that he isn’t also convinced that nearly one-third of Netflix’s 137 million subscribers worldwide streamed Bird Box during its first seven days.

“I’m a huge fan and proponent of Netflix, but to believe that nearly one-third of all of their subscribers not only watched 70 percent of the movie but did so in the first week of it being on the site is all but unfathomable,” the producer said. “I want to believe it, but just can’t. It’s not a watch for the faint of heart after all.”

Directed by Susanne Bier, Bird Box follows the story of a mother (Sandra Bullock) of two children desperately trying to survive in a world terrorized by a mysterious force that attacks anyone who looks at it. Based on the 2014 novel of the same name by Josh Malerman, Bird Box also stars Trevante Rhodes, Sarah Paulson, and John Malkovich.