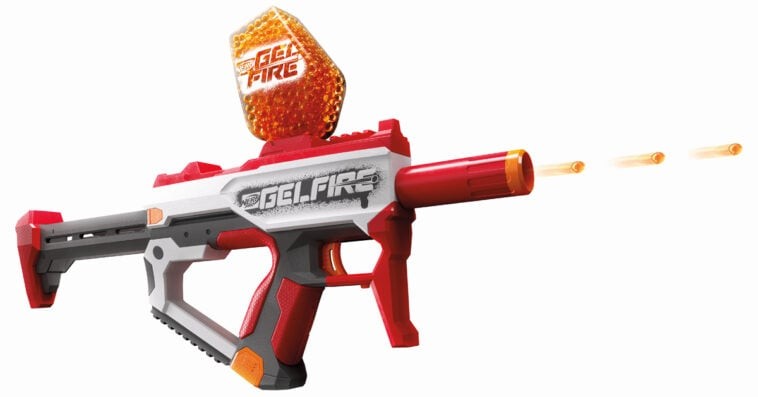 Officially called NERF Pro Gelfire Mythic, this latest product innovation from Hasbro is a massive-capacity blaster that can fire 800 gel-like rounds in under 80 seconds. 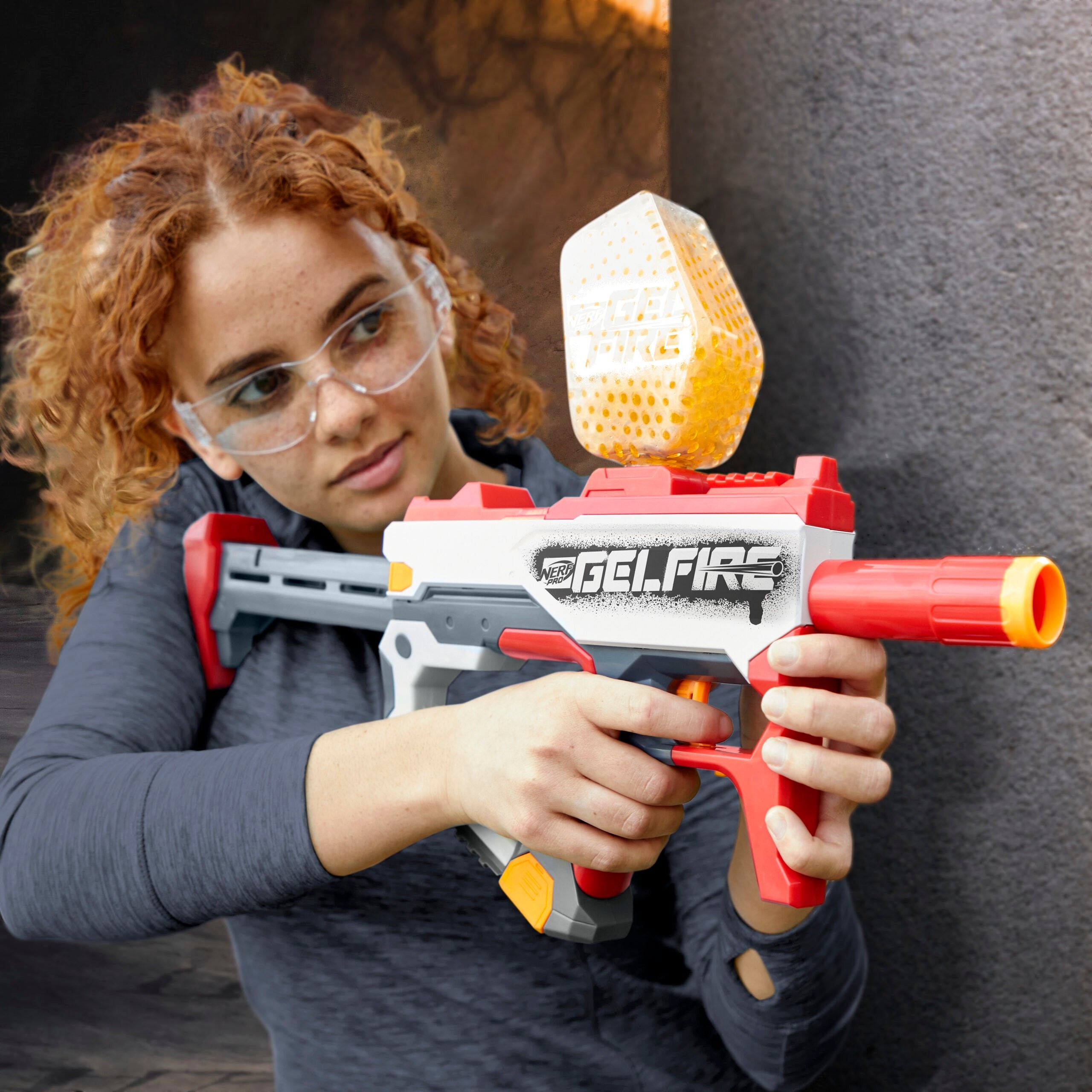 Using patented technology exclusive to NERF, the blaster’s gel-like rounds called NERF Pro Gelfire Rounds fire at a high velocity and burst on impact, so there’s no need to pick them up. The new gel blaster features an 800-round quick-swap hopper and includes 10,000 NERF Pro Gelfire Rounds, which come dehydrated in the box. To prepare the gel-like rounds for use, add water to hydrate them. 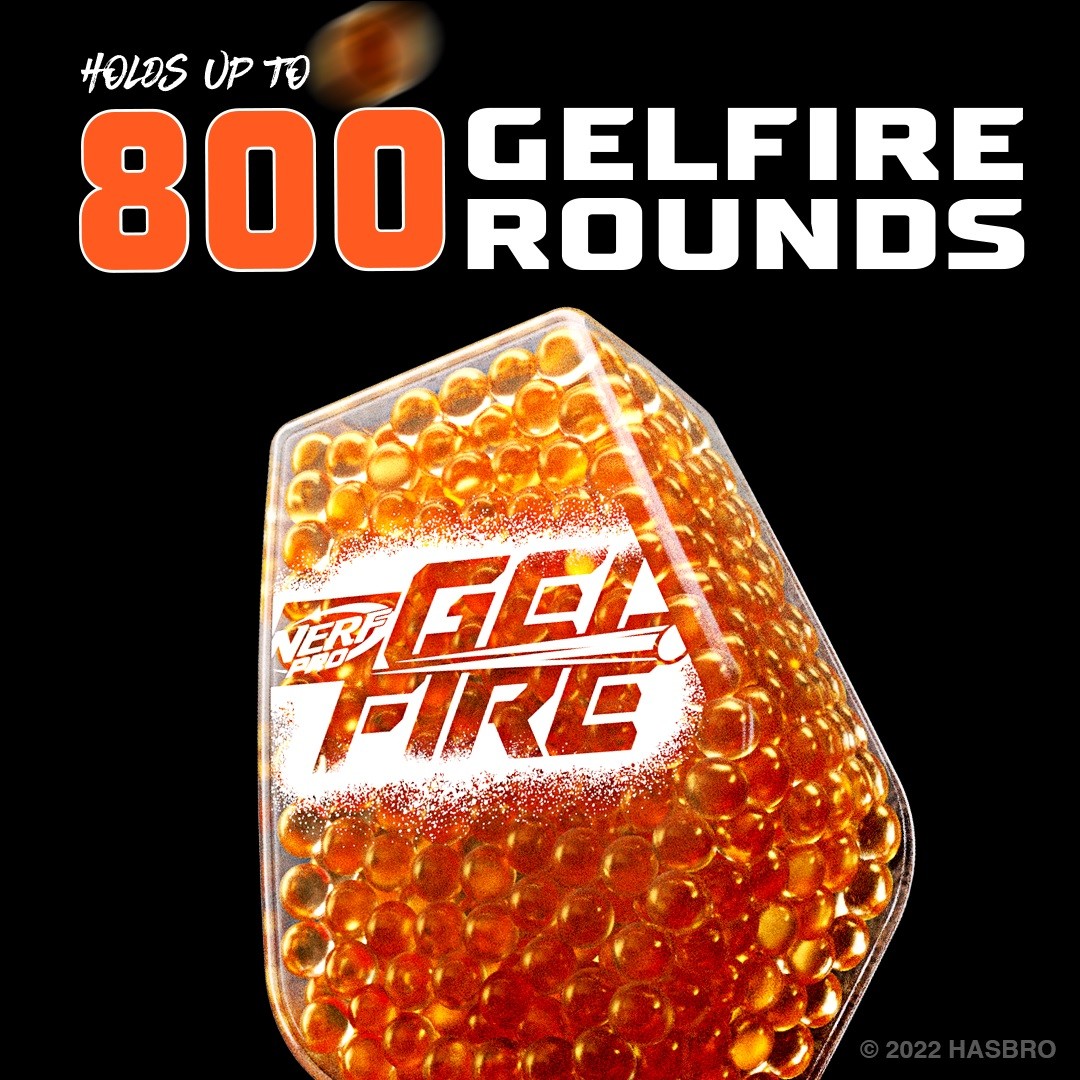 “As an exclusive to NERF, the patented innovations in the NERF Pro Gelfire Mythic blaster pave the way for a new NERF blaster category, further cementing NERF as a leading social, active play lifestyle brand,” said Adam Kleinman, SVP & GM, NERF, Hasbro, in a press release. “We have such a wide variety of NERF products available for fans of all ages, and the NERF Pro GelFire Mythic blaster is the perfect addition for fans desiring high-energy, action-packed NERF experiences. Outdoor play and competitive sports fans are going to love the new NERF Pro GelFire Mythic Blaster.”

Suitable for ages 14 years and up, the NERF Pro Gelfire Mythic blaster has full auto and semi-auto modes. Select full auto or semi-auto mode and release up to 10 rounds per second for an extreme rate of release that is sure to bring more fun to your outdoor games. 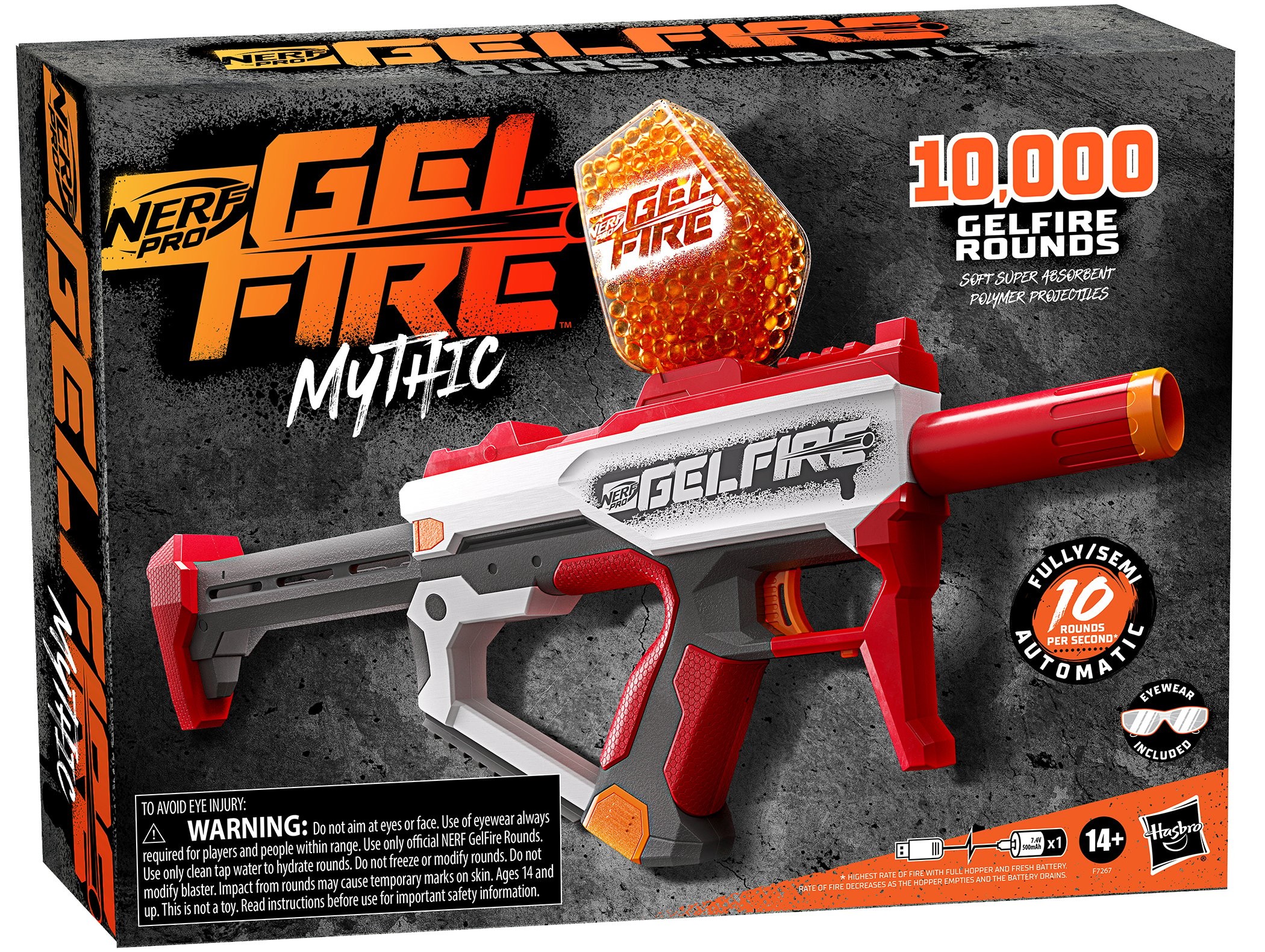 Priced at $79.99, the NERF Pro Gelfire Mythic is now available for preorder at Hasbro Pulse, Walmart, Target, and Amazon. The gel blaster is expected to be on shelves by November 1st this year. The launch of NERF’s new gel blaster comes a month after the blaster brand introduced its new mascot, Murph. An anthropomorphic character who uses the non-binary pronouns “they” and “them,” Murph is  made of NERF darts from head to toe, Murph is the brand’s first-ever mascot and is described as “the most fun, playful, and social member of the NERF team.” 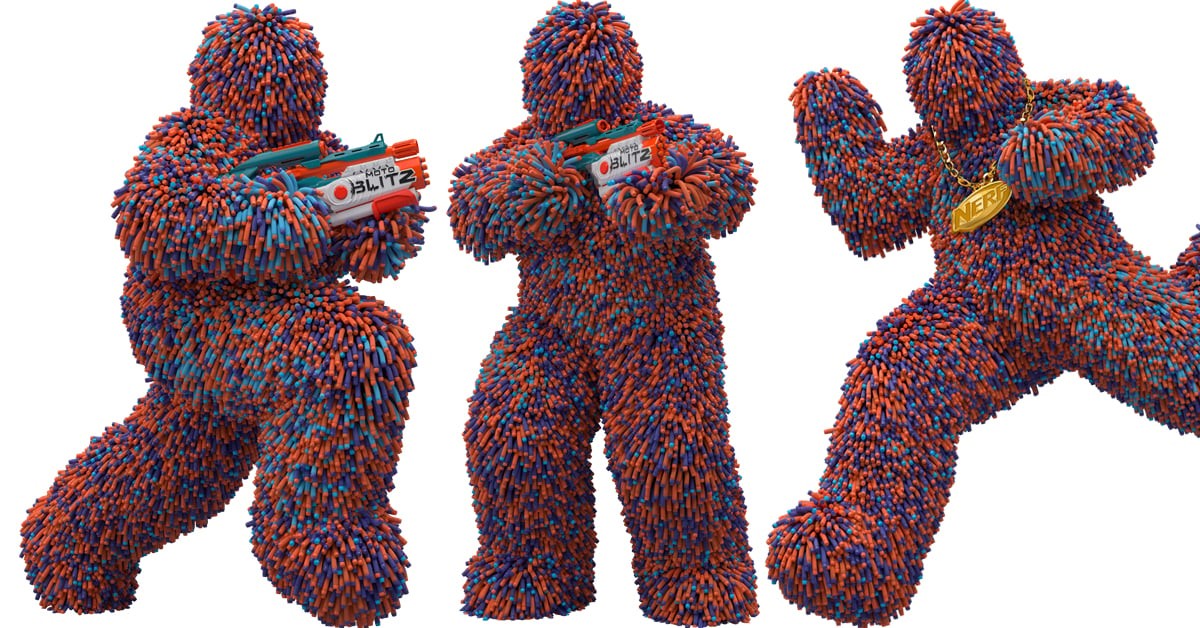 According to a press release announcing the mascot’s debut, Murph is the personification of the playful spirit. They are a natural athlete, great at NERFoop, and an expert at surprise NERF Super Soaker ambushes. They can also toss a Nerf Vortex Football like no other and are a fantastic trick shooter with any Nerf blaster.

Created in a partnership with the ad agency The Martin Agency, Murph is the center of the brand’s new multi-year marketing campaign Unleash the Play in You, which encourages families to step away from their screens and get up and active with Nerf to create memories that will last a lifetime.