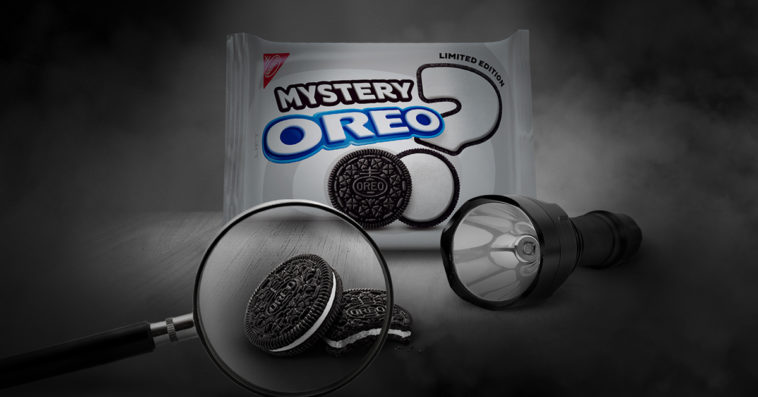 A new Mystery Oreo flavor is hitting store shelves nationwide on Monday, and in line with the new flavor’s debut, fans are encouraged to taste the new flavor and submit their guesses on MysteryOREO.com until November 10th for a chance to win $50,000.

Fans are allowed to submit a new guess every single day, so each one has 25 chances to get the correct answer. After the contest is closed, one grand prize winner will be selected at random from all of the correct answers.

The new Mystery Oreos look like regular Oreos, but instead of the usual vanilla, its crème has a different distinctive flavor. “Ready your mind and prepare your taste buds because the Mystery OREO could be anything, from a combination of two current Oreo flavors to an entirely new flavor,” Nabisco, the company that manufactures Oreo, said in a statement.

News outlets like Today, People, and Food & Wine got to try the new Mystery Oreo flavor ahead of its nationwide release, and while they have different guesses, most of them agreed that the new flavor has a distinct cinnamon taste.

To help cookie lovers get the correct answer, Oreo will be dropping a number of helpful hints along the way. The brand is releasing three Mystery Oreo packs with different clues on each. Oreo will also reveal more case-solving secrets every week as a part of the #MysteryMonday series on OREO’s Facebook page and MysteryOREO.com.

Additionally, Oreo has also asked a few celebrities to taste the new Mystery Oreo flavor and share their guesses online. In a video posted on Instagram, Stranger Things actor Gaten Matarazzo tries the new flavor, and thinks it’s French toast. In the caption of his post, the 17-year-old actor challenges Brooklyn Nine-Nine star Terry Crews to join the guessing game.

#ad @oreo asked me to try to solve the #MysteryOreo flavor. I took my best guess but I’m calling in reinforcements. I challenge the hilarious @terrycrews to take a stab at it. Think you might have what it takes to solve the mysterious flavor when it hits shelves starting September 16? Learn more and submit your guess for a chance to win at www.MysteryOREO.com. No purchase necessary to enter. #sweepstakes

The first-ever Mystery Oreo flavor was released in the summer of 2017, and in December of that year, it was revealed to be Fruity Pebbles.