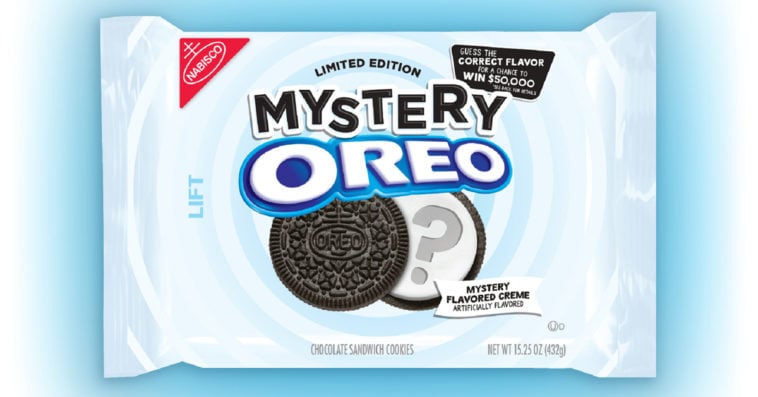 Oreo is set for a new round of guessing game with fans.

The sandwich cookie brand announced last week that a new Mystery Oreo flavor is on the way. Rumors that Mystery Oreos are coming back were heard by online reviewer Best Products, and to clarify the hearsays, Best Products reached out to a rep for the brand, who subsequently confirmed the news.

“For now, all we can share is a confirmation that a new mystery flavor is, in fact, coming,” the rep told Best Products.

Mystery Oreos Are Coming Back With A New Flavor This Year https://t.co/4zeyGQgjka

Though the new Mystery Oreo flavor has yet to hit the shelves, Oreo has already released a poem of sort, encouraging all cookie lovers to start guessing the new mystery flavor.

It reads: “We are excited to say, a new mystery is on the way. New flavor, new clues, we confirm the news. Get ready to free your inner detective, you’ll need those skills to be effective. The clues might be riddles, might be rhymes, guess the flavor, for a change to win big this time. There are many more surprises in store, keep an eye on the flip side of summer for more.”

While Oreo has yet to announce a release date for the new Mystery Oreos, the last line of the poem suggests that it will roll out to stores later this summer.

Fans that got the correct flavor in the first Mystery Oreo guessing game were given a chance to win $50,000, so it’s likely that the cookie brand will also give away prize money for lucky fans that would guess the correct Mystery Oreo flavor this year.