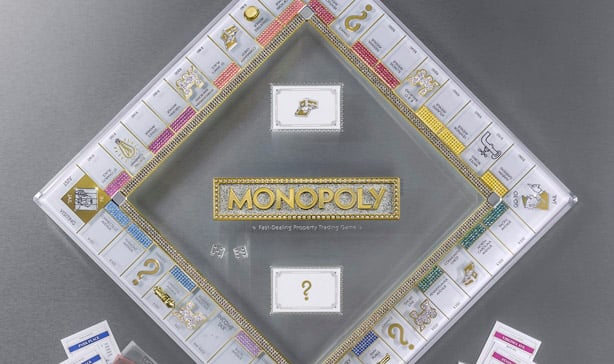 Hold on to your top hat token because this new limited edition Monopoly is about to blow it away. Hasbro has just released its most luxurious version of Monopoly ever. Unlike previous releases which usually followed a theme, like Sonic the Hedgehog, Avengers, Overwatch, or even the controversial Monopoly Socialism, this new edition is simply the same old monopoly except that it’s adorned with over 2,000 Swarovski crystals. 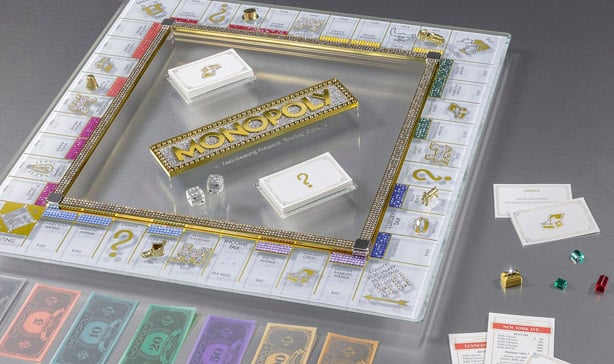 You read that right. Thousands of tiny cut and round Swarovski crystals are integrated into the board’s design and are also used to create the embellished GO marker, railroad icons, and, of course, the Monopoly logo. And that’s not the only extravagant aspect of this edition. The board itself is made of 3/8-inch-thick tempered glass with gold and silver foil printing and it has custom printed vellum Monopoly money, plated die-cast tokens including an exclusive new ring token. The house and hotel tokens are made of translucent material and the whole board game is packaged in a custom foil-stamped gift box with a built-in banker’s tray. And it’s no surprise that an item as glamorous as this is also pretty exclusive. Only 500 pieces of this version will be made and each will come with its own certificate of authenticity. 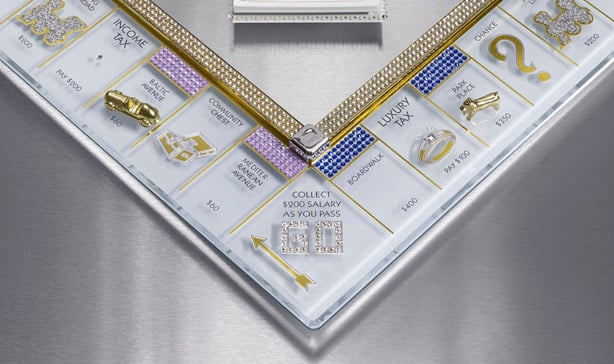 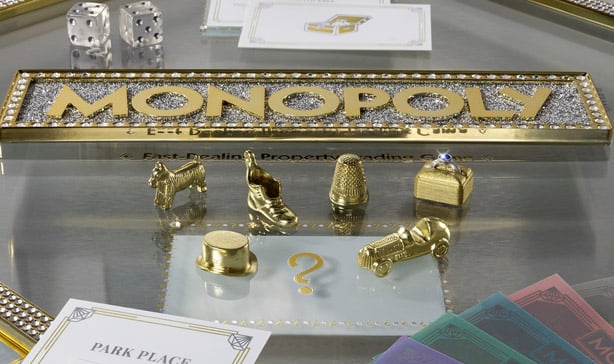 The Swarovski-studded edition was created to celebrate Monopoly’s 85th anniversary. Along with this limited edition Monopoly game, Hasbro will also be releasing a range of other licensed products including apparel, shoes, toys, and even winter sports gear, to name a few.

If you’re interested in purchasing this limited-edition 85th anniversary Monopoly game, it’ll cost you $499. That’s shelling out a whole lot considering the classic Monopoly is a mere $15, but you do get Swarovski crystals with this one. The anniversary edition will be available for purchase in August and it’s currently available for pre-order but, at the time of writing, it’s already been tagged as sold out.