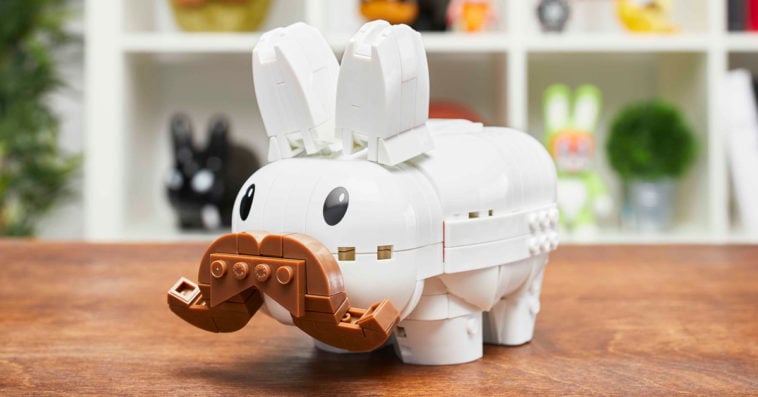 For the toy line’s first item, the Mattel-owned toymaker has teamed up with graphic artist and collectible designer pioneer Frank Kozik for a kit of construction blocks called MEGA Collabs Labbit. Complete with signature accessories and design elements, the toy set allows fans to build their very own Labbit. 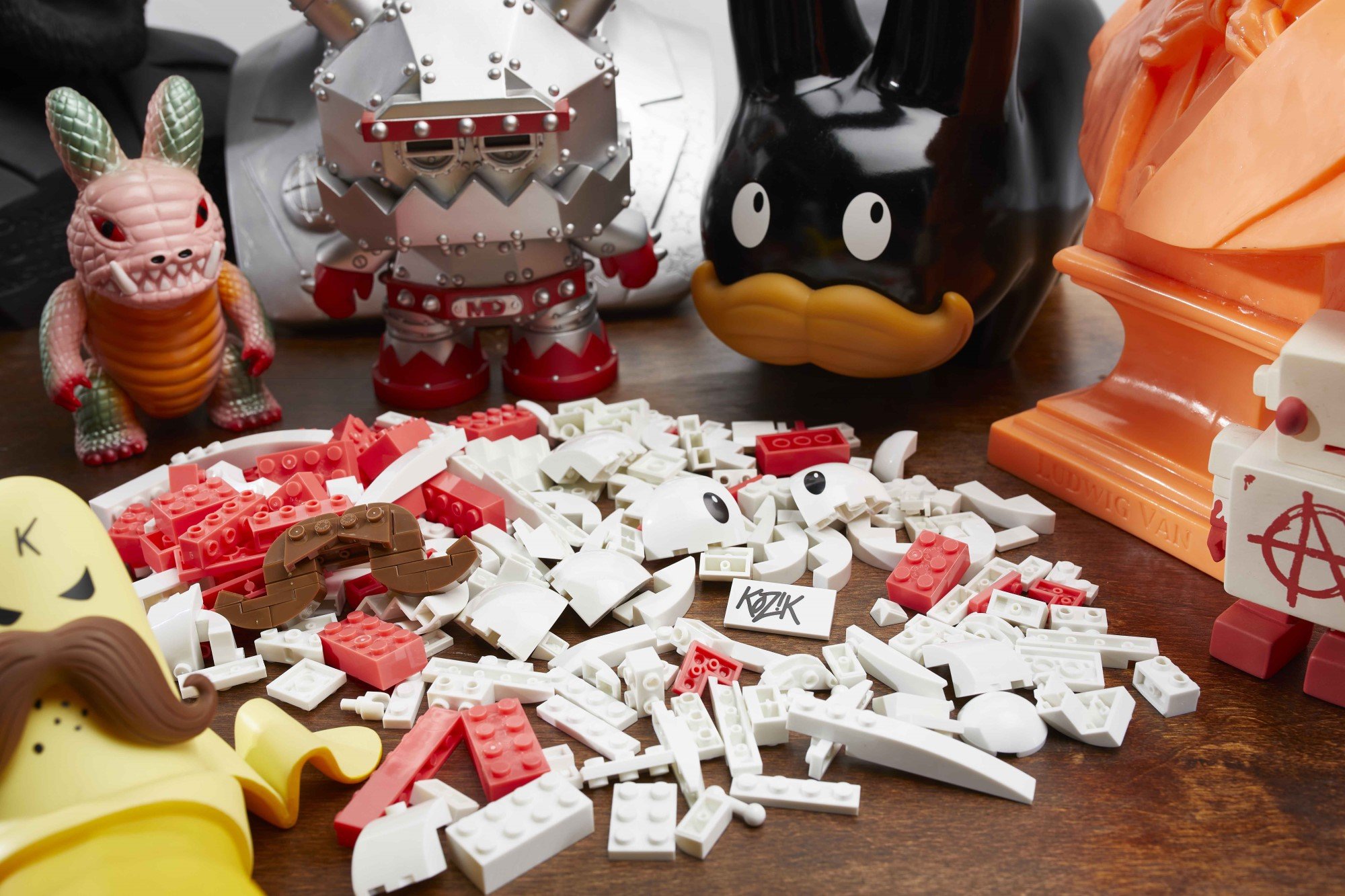 For those who are not familiar, Labbit is a rabbit character created by Kozik. First featured in Kozik’s famous nineties rock poster art, the Labbit was brought to life as a vinyl figure by toy producer and retailer Kidrobot, where Kozik currently works as the chief creative officer. The name of the character was supposed to be “Smoking Rabbit,” but the Japanese manufacturer misprinted the packaging to say “Smorkin Labbit.” From then on, the character became known as Labbit. 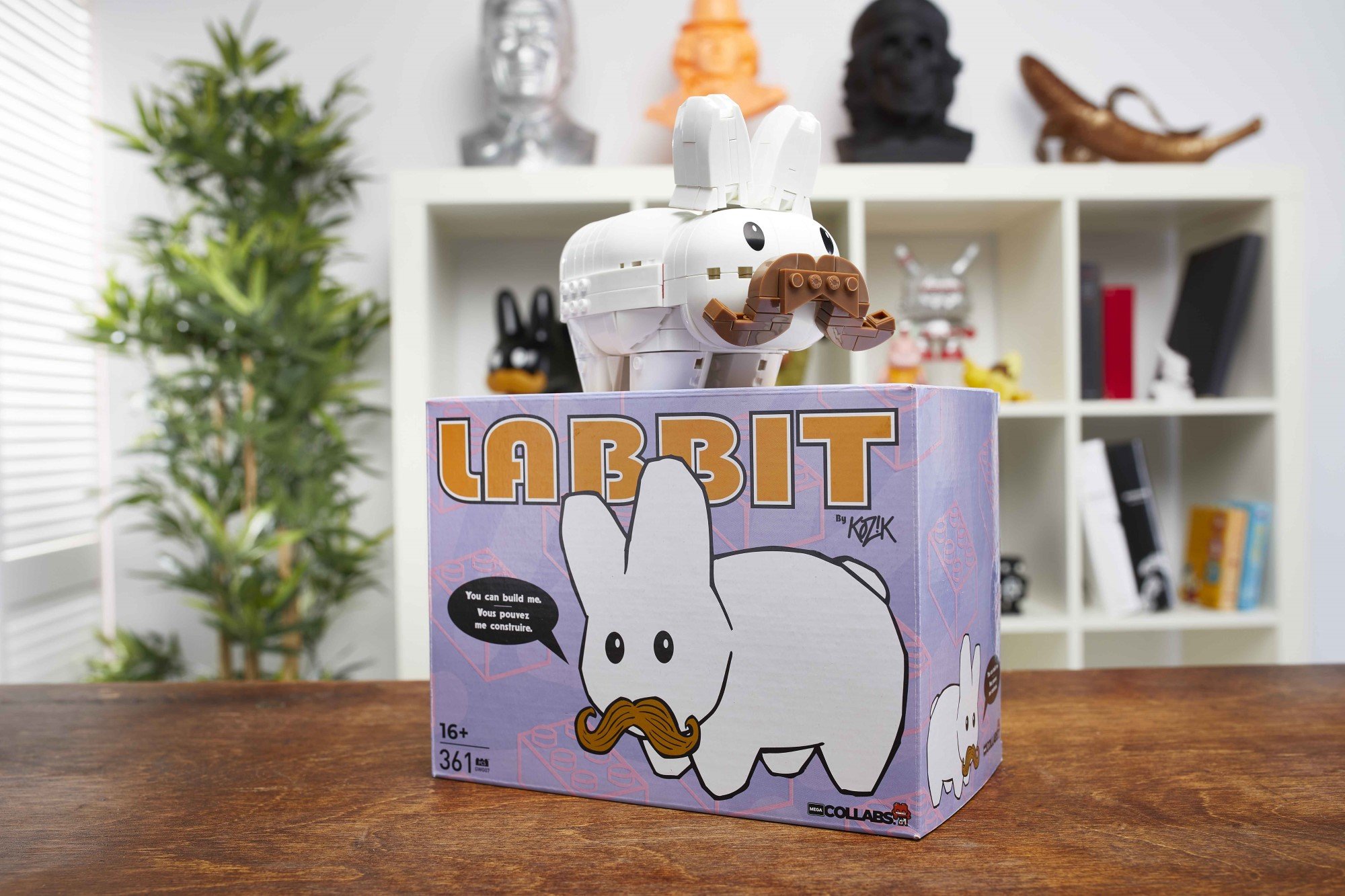 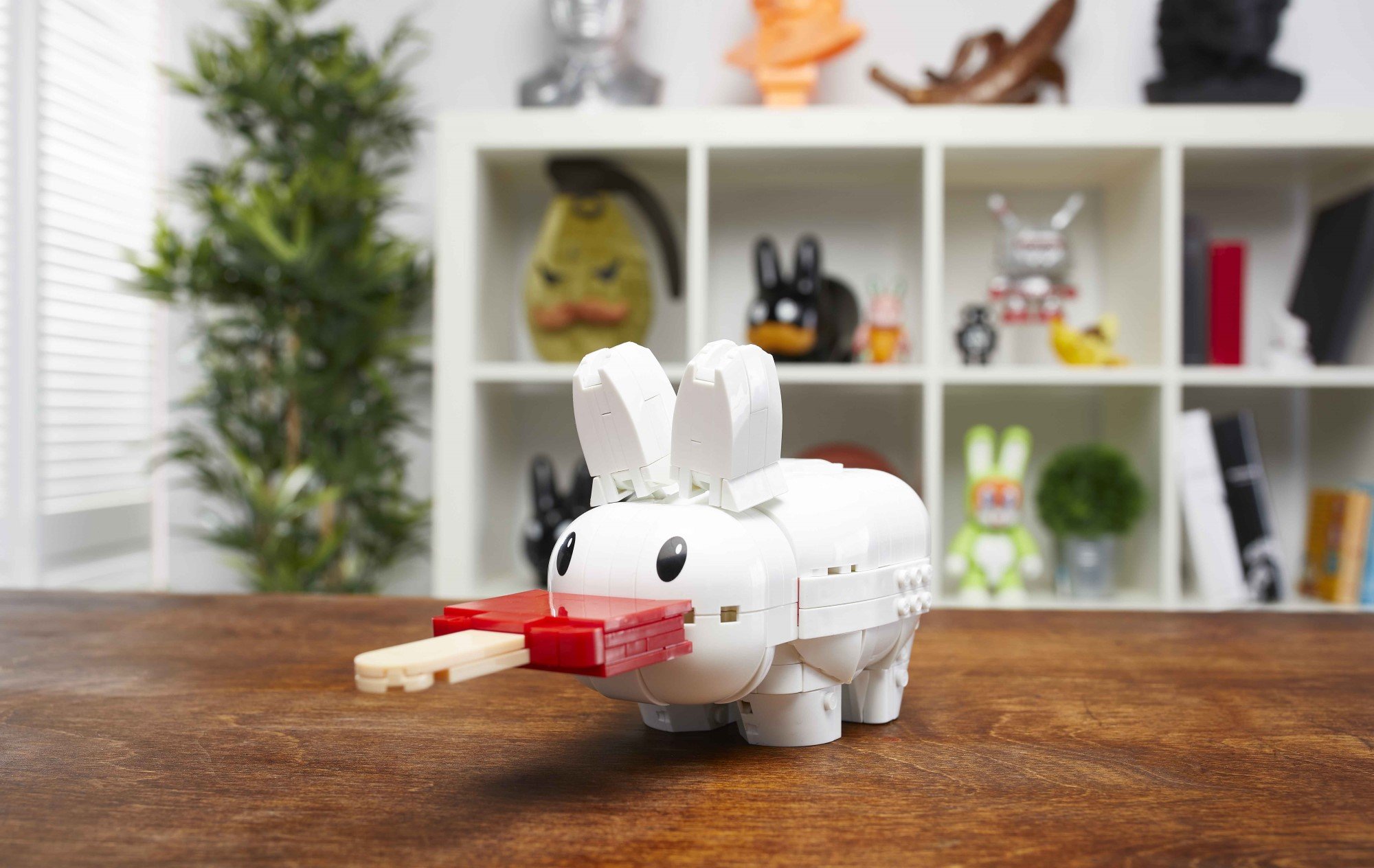 “Labbit was originally inspired by the shift into creating three-dimensional art in the 90s, and the collaboration with MEGA now brings it to the buildable construction medium for the first time,” Kozik said in a statement. “By partnering with MEGA designers to make a build-your-own Labbit, we created a new experience for fans and expanded the play value.”

The MEGA Collabs Labbit will be available for sale starting Friday, November 13th at 12 p.m. ET on Mattel Creations.