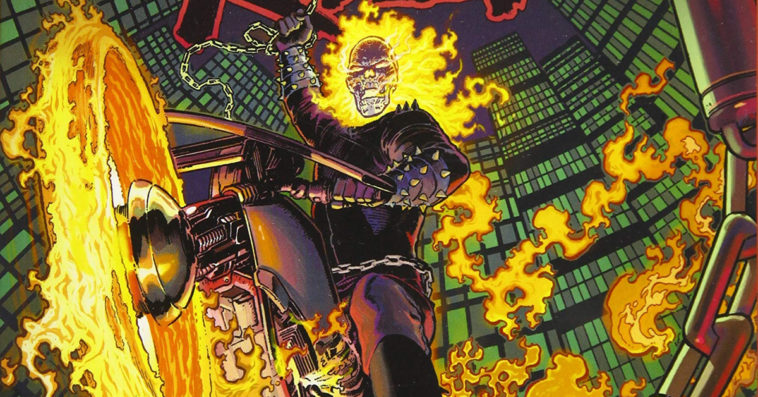 Marvel Comics’ Ghost Rider has come to an end.

Series writer Ed Brisson announced the cancellation of the comic book series via Twitter last week. In a tweet, Brisson revealed that Ghost Rider Issue #7, which went on sale in July, serves as the final installment of the series. He, however, made it clear that fans have not seen the last of Johnny Blaze and Danny Sketch yet.

“As many have assumed, GHOST RIDER #7 was the last issue of the series,” Brisson tweeted. “I loved writing it; had a hell of a time telling Danny and Johnny’s stories; and introducing the Spirit of Corruption. As far as their continued adventures, that will continue elsewhere in the Marvel Universe.”

In a follow-up tweet, Brisson thanked his art team, including artists Juan M. Frigeri and Aaron Kuder, as well as colorist Jason Keith. “The book would have been nothing without them,” wrote Brisson, who also admitted that he should have made the announcement sooner.

Frigeri and Kuder replied to Brisson’s tweet. Frigeri said that working on the series was a “magic rider,” while Kuder expressed his hope that Brisson will get to tell the rest of his Ghost Rider story down the road.

Ghost Rider is one of my favorite characters and I loved reviewing your book. Damn shame it is. I really enjoyed what you all were building towards, hell of a road

Right back at ya man! And extended to the rest of the crew… I’d add @DeanWhiteColor and @chrisrobinson.

Between my early health problems and covid hitting… I can’t help but feel the deck of fate was stacked against us. But I hope you do get to tell your story down the road!

While Brisson didn’t give any reason behind the cancellation, it appears that the series is a casualty of the COVID-19 pandemic. Prior to the onset of the global health crisis, Marvel Comics solicited a Ghost Rider #8 and #9, along with two one-shots: Empyre: Ghost Rider #1 and Ghost Rider Annual #1. Both one-shots, however, appear to have been canceled along with the Ghost Rider series.

Brisson’s Ghost Rider series brought back original Ghost Rider Johnny Blaze and his first successor, Danny Ketch. In the series, Johnny Blaze is the King and Warden of Hell. He’s the first line of defense between the demonic hordes trying to escape the joint and the lords of other hells making a play for his throne and all the power that comes with it. Danny Ketch, meanwhile, never wanted to be a Ghost Rider. But now that his brother, Johnny Blaze, is in charge in hell, Ketch is left with no choice but to take on the role of Earth’s Spirit of Vengeance full-time.