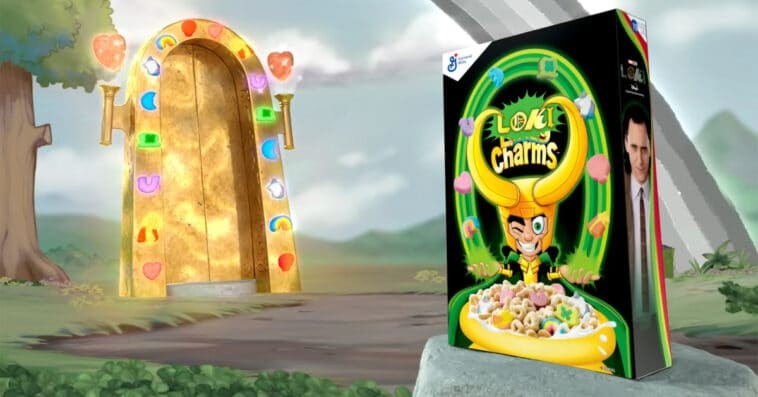 In celebration of today’s premiere of the Disney+ series Loki, Marvel and General Mills have teamed up for a limited-edition Lucky Charms cereal based on Tom Hiddleston’s God of Mischief.

Aptly called Loki Charms, the cereal itself doesn’t appear to be any different from the regular Lucky Charms cereal. Its box, however, has an undeniable Loki theme, featuring a cartoon version of the character dressed in his signature green and gold suit, complete with his iconic horned helmet. There’s also a photo of Hiddleston on the side, making the packaging a great memento for any Marvel fan. 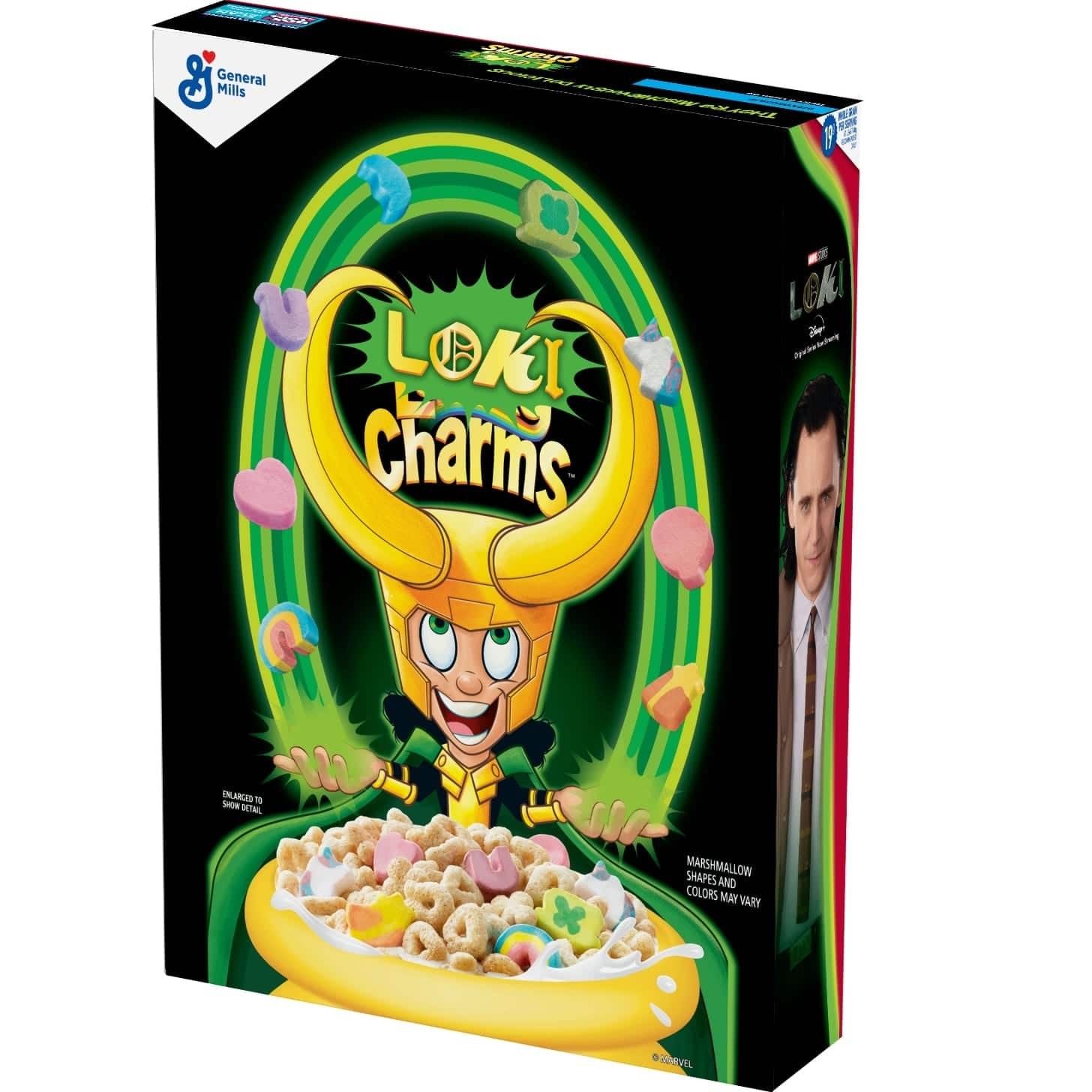 The Loki Charms cereal will be exclusively available on MischievouslyDelicious.com starting at 11 a.m. ET on June 9th ― the same day as Loki’s premiere on Disney+. Priced at $8 per box (shipping included), the Loki Charms cereal is expected to sell out fast, because only 3,500 boxes will be sold.

There’s also a presale happening at 9 a.m. ET on June 9th, where the first 1,000 customers who can guess the magic encryption password will receive a box of Loki Charms. This means, however, that there will only be 2,500 boxes left for general release.

Created by Michael Waldron, Loki follows the titular God of Mischief as he steps out of the shadow of his brother Thor (Chris Hemsworth). The series will start with an alternate form of Loki after he takes the Tesseract while the events of 2019’s Avengers: Endgame play out. Loki is then brought before the mysterious bureaucratic organization, the Time Variance Authority, where he’s given the choice to fix the timeline and stop a looming threat or face being erased from complete existence.