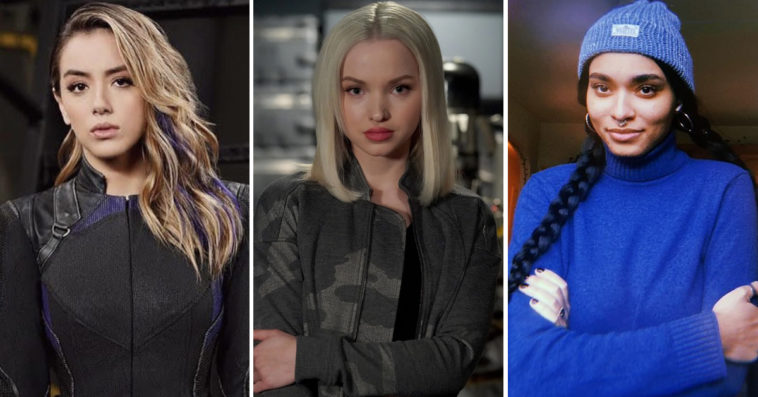 The pilot for The CW’s live-action Powerpuff Girls has cast Chloe Bennet, Dove Cameron, and Yana Perrault as the titular heroes.

Bennet, who is best known for her role as Daisy Johnson, aka Quake, on ABC’s Agents of SHIELD, will play Blossom. The potential series will reunite her with Cameron, who will portray the role of Bubbles. Cameron, who rose to prominence for her dual roles on Disney Channel’s Liv and Maddie, recurred as Ruby in season 5 of Agents of SHIELD, in which her character and Bennet’s character fought against each other.

Perrault, meanwhile, will bring the role of Buttercup to life. Though a TV newcomer, Perrault starred in Broadway’s Jagged Little Pill and was also set to join the cast of Hamilton on Broadway before the pandemic shutdown live theater. Should The CW pick up the Powerpuff Girls pilot to series, the project would mark Perrault’s onscreen debut.

Based on Craig McCraken’s original The Powerpuff Girls animated series, the potential live-action show will find Blossom, Bubbles, and Buttercup as disillusioned twentysomethings who have retired from being superheroes after getting frustrated by the amount of responsibility they had as children. Though they resent losing their childhood to crimefighting, the trio will have to come back together to save the world once again.

Bennet’s Blossom has a repressed kiddie-superhero trauma that has left her feeling anxious and reclusive. Though she aims to become a leader once again, she wants to do it this time on her own term.

Cameron’s Bubbles, meanwhile, sparkles as an adult, but behind her charming exterior still belies an unexpected toughness and wit. Though she is initially more interested in recapturing her fame than saving the world, she just might surprise herself and everyone else.

Lastly, Perrault’s Buttercup has spent her adulthood trying to shed her Powerpuff Girl identity and live an anonymous life.

All three actresses shared the casting news on social media, and they seem very excited about the project.

I’m so fucking excited for this. pic.twitter.com/bd3ONpleJq