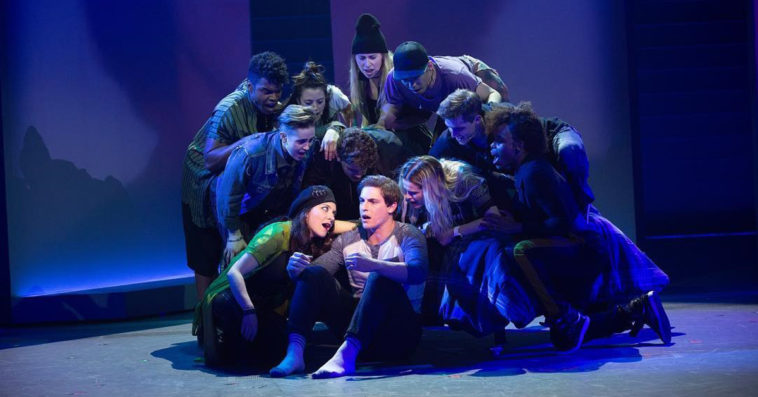 After its sold-out 10-week debut run at the American Repertory Theater in Cambridge, Massachusetts, the rock musical Jagged Little Pill is heading to Broadway.

On January 28th, producers of the musical, which was based around Alanis Morissette’s 1995 album of the same name, announced that the show will open in New York City this coming fall. Written by Academy Award winner Diablo Cody and directed by Tony winner Diane Paulus, Jagged Little Pill uses Morissette’s song catalog to tackle contemporary issues such as rape culture and addiction.

While show dates and the exact venue are yet to be revealed, Morissette recently took to Twitter to encourage everyone to sign up for the musical’s newsletter by February 11th to get priority access to tickets, exclusive streaming access to All I Really Want performed by the show’s world premiere cast, details about the upcoming cast album, and more.

Our new musical comes to #Broadway this fall.
We want you to know everything first—sign up by Feb. 11 to get priority access to tickets and to stream an exclusive first listen of “All I Really Want”, featuring our World Premiere cast. https://t.co/mB8M3IOyDw #JaggedLittleBroadway pic.twitter.com/VZNGOMFxRK

The Cambridge cast of the musical was led by Elizabeth Stanley and Lauren Patten. But it’s still unclear if both actresses as well as their co-stars in the Cambridge run will be part of the show’s Broadway acting ensemble.

The Broadway run of the musical won’t be completely the same with its debut run in Cambridge, as producers of the show revealed that they have made some revisions. “We were quite happy with the work we did on our original musical, but you can always keep improving, and the changes we have made are many, many little ones that add up to a more streamlined, layered, and deeper show,” said producer Eva Price. “The world has continued to change, and that has affected the writing and the direction.”