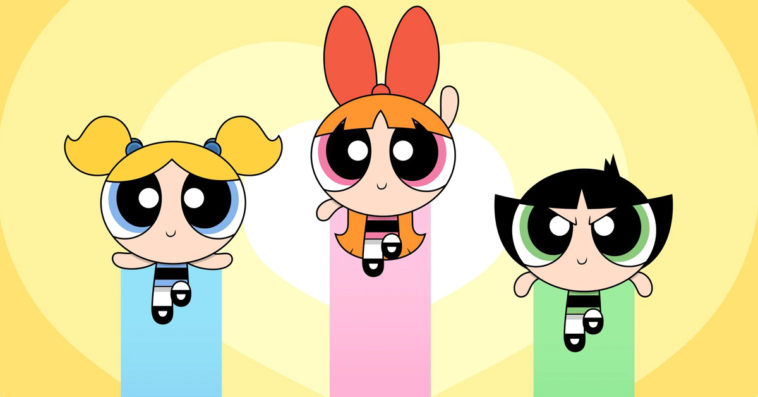 Blossom, Bubbles, and Buttercup are returning to the small screen but in live-action form.

A live-action TV series based on the original The Powerpuff Girls animated series is in development at The CW. The project hails from writers and executive producers Heather Regnier (Veronica Mars) and Diablo Cody (Juno). Greg Berlanti, Sarah Schechter, and David Madden will exec produce the series via Berlanti Productions, while Warner Bros. Television will produce.

Created by Craig McCracken, the original The Powerpuff Girls animated series ― which ran for six seasons on Cartoon Network from 1998-2005 ― started with Professor Utonium accidentally creating the elementary school-aged super team of Blossom, Bubbles, and Buttercup when he combined sugar, spice, and everything nice with the mysterious Chemical X.

In the live-action TV series, the titular trio is now disillusioned twentysomethings who have retired from being superheroes after getting frustrated by the amount of responsibility they had as children. Though they resent losing their childhood to crimefighting, the trio will have to come back together to save the world once again.

The original series spawned The Powerpuff Girls Movie in 2002 and a reboot, which ran for three seasons on Cartoon Network from 2016-2019.

The CW’s The Powerpuff Girls won’t be the first live-action take on the beloved franchise. Back in 2018, an unauthorized short film based on the Cartoon Network property was released on YouTube. Launched as a part of Adi Shankar’s Bootleg Universe, Powerpuff Girls: The Long Way Back features grown-up versions of Blossom, Bubbles, and Buttercup who reunite for one final mission after giving up their powers 10 years ago following the death of their father Professor Utonium.

It’s not clear how far along The Powerpuff Girls live-action series is at The CW.