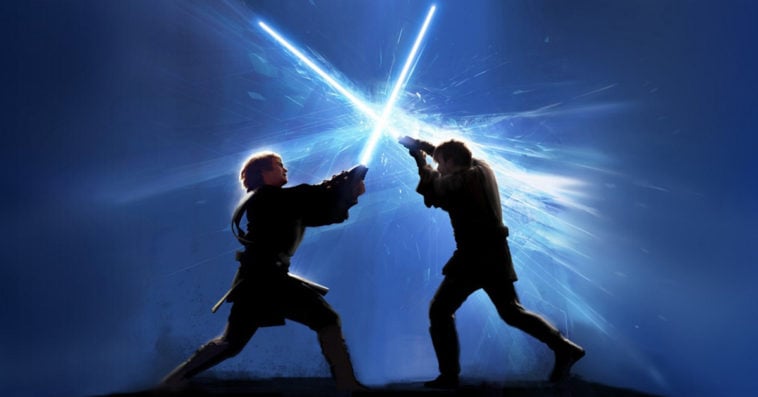 The national governing body for fencing in France granted the iconic Star Wars weapon the same status as the foil, epee, and saber — the traditional blades used at the Olympics — because it strongly believes that the physicality, as well as the visual appeal of lightsaber combats, will encourage people to have a more active and healthier lifestyle.

“With young people today, it’s a real public health issue. They don’t do any sport and only exercise with their thumbs,” Serge Aubailly, the federation secretary general, told the Associated Press. “It’s becoming difficult to [persuade them to] do a sport that has no connection with getting out of the sofa and playing with one’s thumbs. That is why we are trying to create a bond between our discipline and modern technologies, so participating in a sport feels natural.”

Aubailly added that movies featuring sword fights such as Zorro, Robin Hood and The Three Musketeers have helped attract new practitioners to fencing. Apparently, newer installments of the Star Wars saga have done the same for lightsaber dueling. “Cape and sword movies have always had a big impact on our federation and its growth,” Aubailly said. “Lightsaber films have the same impact. Young people want to give it a try.”

To develop the new sport even further, the federation is now equipping fencing clubs with lightsabers and training would-be lightsaber instructors. But with only hundreds of paid-up practitioners in France, it is less likely that lightsaber dueling would have a place in the Paris Olympics in 2024.

But for Jimmy Sourile, one of the elite lightsaber fighters in the U.S .and the newly minted world champion of The Saber Legion, the largest custom saber fighting organization in the world, it isn’t impossible to see lightsaber dueling in the Olympics in the near future. “The idea that something we do as Star Wars fans, to be on a big stage like the Olympics, I can’t even comprehend how exciting that would be,” Sourile told Nerdist. “I don’t know what’s going to happen in 2024, but I think it’s possible in the near future.”

“I understand the skepticism,” Sourile continued. “But I think all of us as people, especially who grew up liking Star Wars can find it a little funny but deep down there’s our inner child that goes, ‘I can fight with a lightsaber.’”

As of now, it appears that there’s no official set of rules for lightsaber dueling. The guidelines, as well as the point system, are apparently based on the discretion of tournament organizers.