It is a scientific fact* that at least 90 percent of people who have viewed a Star Wars movie have imagined themselves having a lightsaber duel with one of their friends. However, up until now, that has been pretty much impossible.

Of course, you could use replica lightsabers, but it doesn’t really have the same effect. Firstly, you have to supply your own sound effects and that just sounds silly. Secondly, try slamming two of these together and you’ll be spending the rest of your evening cleaning up shattered saber pieces.

However, thanks to a new multiplayer mode on the Lenovo Star Wars: Jedi Challenges AR system called Lightsaber Versus Mode, it is now possible for Star Wars fans to have epic lightsaber battles against each other. This new feature is available today through a free app update on Google Play and the App Store. 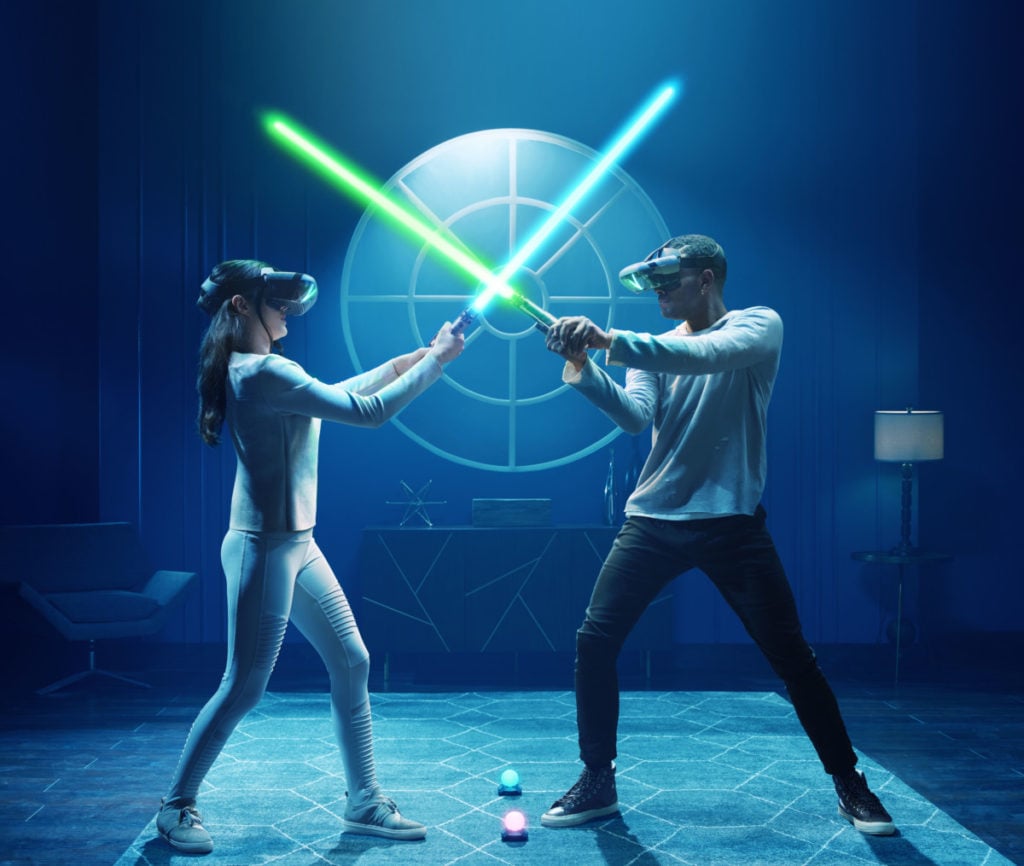 The Jedi Challenges system and its app were launched in late 2017 and up until now, its fans have been wowed at the features which allow users to train like a Jedi and battle against dark side villains like Kylo Ren and Darth Vader.

However, the developers finally gave into the demand from users for a multiplayer mode where two players – each equipped with the smartphone-powered AR headset, Lightsaber Controller, Tracking Beacon and a compatible smartphone – can face off against each other in a lightsaber battle in the very same room.

This is the first time two players can play simultaneously while being able to see the other player’s lightsaber in AR. The Lenovo Star Wars: Jedi Challenges system retails for $199 or just $183 on Amazon. However, you’ll need to buy two systems to take advantage of the Lightsaber Versus Mode.