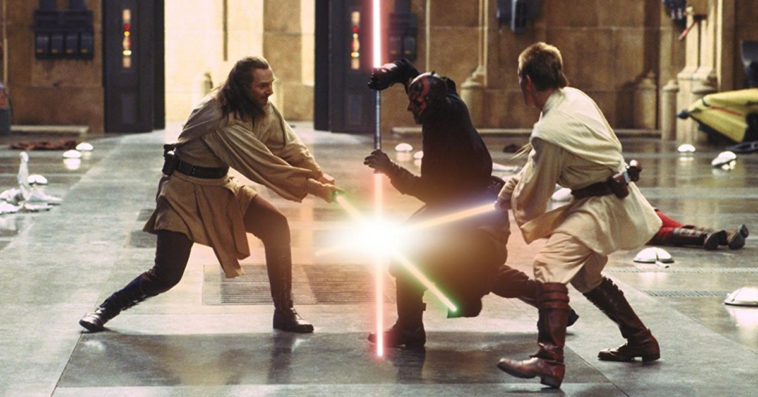 When the lights went out in the West Side of Manhattan on Saturday night following a power failure in New York City, some motorists and pedestrians had to navigate the roads without the aid of streetlights and stoplights. Good thing there were a number of New Yorkers who stepped up and selflessly helped direct the traffic through the city using whatever light sources they could get, including flashlights, cell phones, and even lightsabers.

The New York Times reporter Liam Stack took to Twitter to share a photo of a Star Wars fan helping direct the flow of vehicles and people on foot at a busy intersection using his red lightsaber blade.

Now that it’s getting dark the civilians directing traffic in Hell’s Kitchen are using whatever light they can get, including cellphones and… light sabers #NYCblackout pic.twitter.com/R4eEb7yXJa

Another photo of the said Jedi wannabe in action was also uploaded by Twitter user Shawn Wu on the microblogging site.

This guy is directing traffic with a legit lightsaber pic.twitter.com/Ewab6lRq9O

Apparently, this good Samaritan wasn’t alone, as another Star Wars fan was also spotted directing the traffic at a different intersection. As seen in the photo shared by Twitter user Steven Blake, the second Jedi-turned-traffic enforcer was wielding a green lightsaber.

This Good Samaritan was doing in in style with a lightsaber! #nycblackout2019 pic.twitter.com/ZJTZT6R65C

“I know how tricky it is when it comes to … intersection[s] and I just saw in my mind car accidents people getting hit, people screaming. So I felt like I should have just tried,” a 23-year-old woman named Lake Escobosa, who spent nearly an hour directing traffic, told CNN.

The blackout lasted for approximately three hours with the power coming back on around 10 p.m. “Power has been restored after today’s #blackout, but New Yorkers should continue to exercise caution as everything returns to normal,” Governor Andrew Cuomo tweeted. “When things are at their worst, New Yorkers are at their best, and they were at their best tonight.”

Utility company Con Edison said that a mechanical problem at a substation was the cause of the power interruption. That substation problem resulted in issues in six power sectors, leading to the power outage in portions of Manhattan. At its peak, the New York City blackout shut off power to about 73,000 customers in Midtown Manhattan and the Upper West Side.