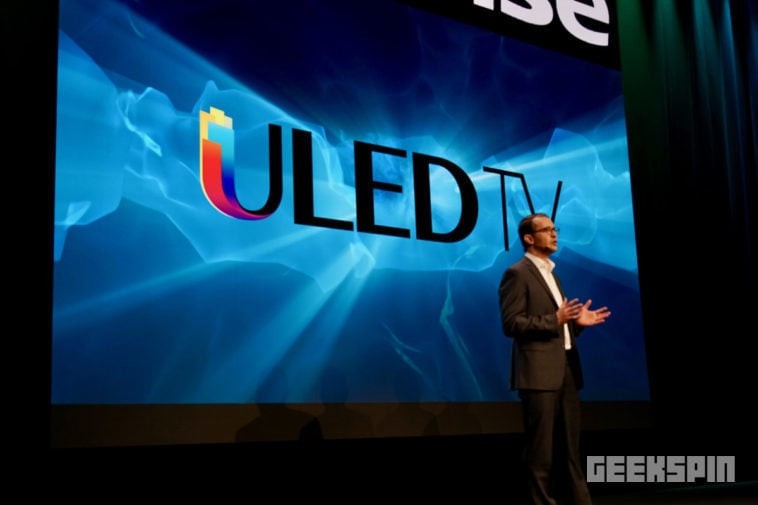 Hisense – a Chinese television brand – has just unveiled a slew of new TVs during this week’s CES 2019 keynote. Of the bunch, it is the company’s ULED XD TV that has people talking.

Boasting some of the most innovative TV tech in years, Hisense’s ULED XD is notable for its unique, double display manufacturing approach. By building a screen composed of several individual layers, the company has created a TV that they say fixes the grayish black and backlight bleed problems that are often associated with LED-backlit TVs.

According to Hisense, their ULED display works by passing light through a grayscale filter layer before it reaches the frontmost 4K layer. The company says the filter allows the ULED XD to expand its dynamic range beyond what’s possible with current LCD technology. Unfortunately, while the technology seems promising, as of the time of this article’s publishing, we can only confirm a Chinese release. 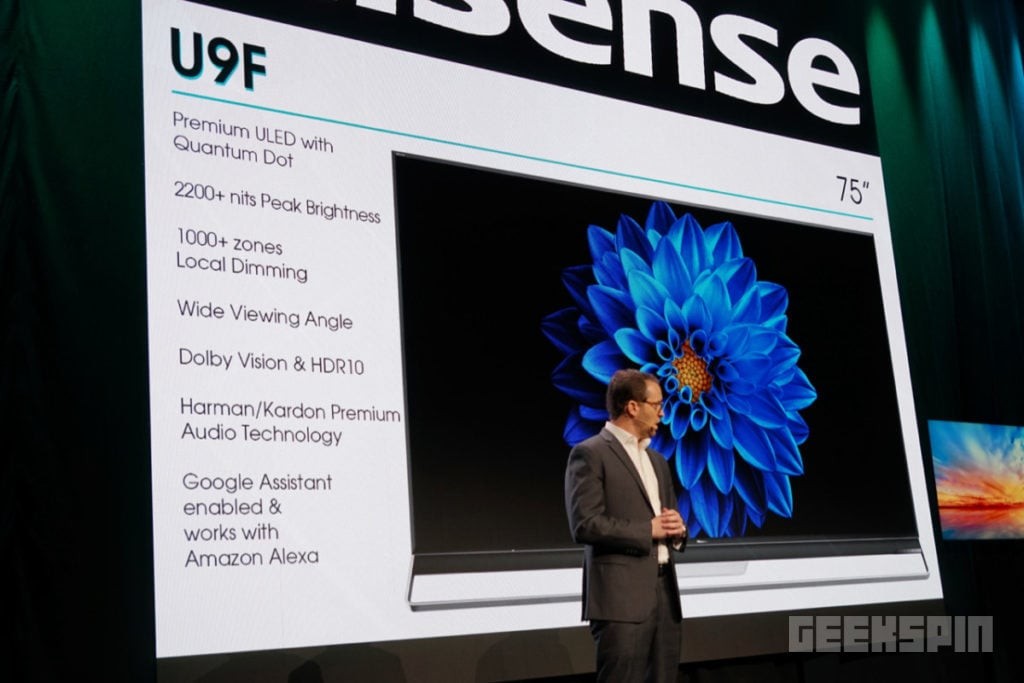 American buyers, however, will have access to the company’s Android-powered, 75-inch U9F line. Boasting over 1,000 dimming zones and 2,200 nits of peak brightness, this quantum dot display is expected to retail for $3,500, placing it among the more costly 75” displays on the market.

In addition, Hisense also showcased its Roku-powered display, as well as a host of laser projection displays, and the Hisense One, a TV the company touts as the “thinnest-self contained 65-inch television in the industry.”

As mentioned, Hisense has not yet planned an American release for the ULED XD, however, the U9F is slated to drop in June.