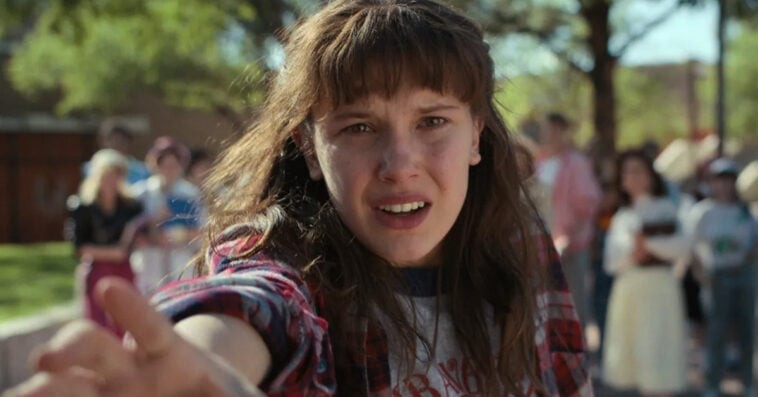 Ever since it was announced that Stranger Things will conclude with its upcoming season 5, a lot of fans have been wondering if series creators Matt and Ross Duffer have plans to expand the show’s universe with a spinoff centering on Millie Bobby Brown’s Eleven. The Duffer Brothers actually revealed last July that they are not developing an Eleven spinoff, and even if they changed their minds, it looks like it won’t be moving forward, as the actress is seemingly ready to move on from the role.

In a recent interview, Brown was asked if she would appear in any Stranger Things spinoff in the future, and her answer implied that she’s ready to leave her telepathic girl role behind.

“I’m just so focused on Enola [Holmes],” Brown told Total Film (via GamesRadar), referring to her Netflix film series about Sherlock Holmes’ teenage sister. “Stranger Things – we saw it, we love it, we have big hearts. But let’s make more Enolas. Let’s put that on Netflix.”

While it seems that Brown is no longer interested in appearing as Eleven beyond Stranger Things season 5, she did reveal that she’d be happy to support another younger performer becoming the focal point of the Stranger Things franchise.

“I’d love to see another bald-headed 10-year-old get given that opportunity. I would help her navigate it,” said the 18-year-old actress.

What will the Stranger Things spinoff be about?

While an Eleven spinoff is not in the works, The Duffer Brothers announced last July that a Stranger Things spinoff is indeed heading to Netflix. The siblings are keeping the premise of the spinoff under wraps, but they did say that it won’t be similar to the original series.

“It is 1000 percent different from [Stranger Things]. It is not following [any of the main characters],” the duo said in an episode of the Happy Sad Confused podcast. “I’ve read these rumors that there’s gonna be an Eleven spinoff, that there’s gonna be a Steve (Joe Keery) and Dustin (Gaten Matarazzo) spinoff, or that it’s another number. That’s not interesting to me because we’ve done all that. We’ve spent I don’t know how many hours exploring all of that. So it’s very different.”

As to how the spinoff will connect to the original series, the Duffer Brothers said: “It shares a connection with Stranger Things and the most connective tissue is the storytelling sensibility of it. There is a story that connects to Stranger Things.”

In May, when the spinoff is not yet official, the siblings wrote in an emailed interview with Variety that they “think everyone — including Netflix — will be surprised when they hear the concept” for the spinoff “because it’s very, very different.”

However, much to their disbelief, one of the original cast members figured out what the spinoff is about. “Somehow Finn Wolfhard — who is one crazy smart kid — correctly guessed what it was going to be about. But aside from Finn, no one else knows!” the siblings said at the time.

Who will helm the Stranger Things spinoff?

The Duffer Brothers are working on a number of other projects, so it’s not surprising that they are looking for a person that will run the spinoff.

“Hopefully we find that right person to pass the baton to while we go on to do new stuff,” the siblings said during their appearance in the Happy Sad Confused podcast.

Matt also added, “Even the idea of Ross and I, say, doing a pilot and leaving it, it just feels silly to me. You really need to be there from the beginning to end. I think we need to find a partner to help us with that.”

When will the Stranger Things spinoff come out?

The Stranger Things spinoff doesn’t have a release date yet, as the project is still in development. The Duffer Brothers said that they will begin working on the spinoff after the fifth and final season of Stranger Things, which is expected to premiere in 2024.