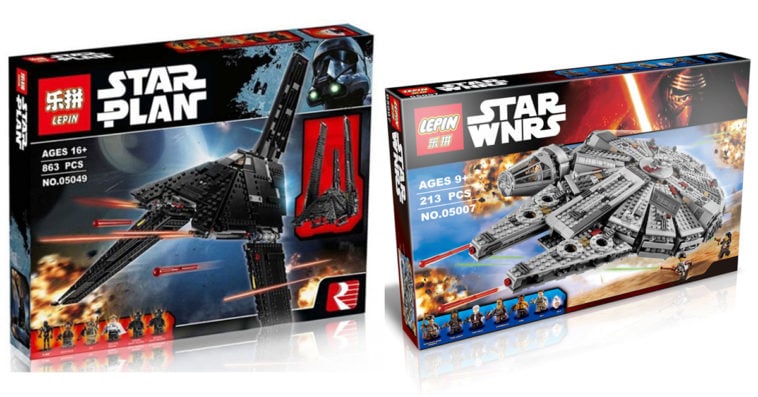 Authorities in China have recently shut down the operation of a company accused of manufacturing counterfeit Lego products sold across the country.

Last week, police raided the factory of Chinese toymaker Lepin in the southern city of Shenzhen where four people were arrested.

For years, Lepin had been making buildable brick toys that are closely similar to Legos. As a matter of fact, Lepin’s toys are 100 percent Lego-compatible and come with identical minifigures, instruction manuals, and packaging that the company barely changed. For instance, Lepin simply altered the titles Lego City to Lepin Cities, Ninjago to Ninjasaga, and Star Wars to Star Wnrs or Star Plan.

Police in Shanghai, China have raided and shut down the factory of Lepin, a company with a long history of stealing LEGO product designs. LEGO has been fighting Lepin in court for two+ years. Even the Lepin logo is a ripoff of LEGO's iconic insignia. https://t.co/h5PF8FaIgq pic.twitter.com/DCBgt2iEJQ

Lego was apparently not happy with what Lepin was doing, so the Danish toy company filed a civil suit in China against Lepin and three other companies in September 2016. And over two years later, a judge ruled in Lego’s favor.

The defendants were ordered to pay around $670,000 in compensation and were ordered to cease sales, promotion, and production of all offending items immediately. But Lepin didn’t take the court’s orders seriously and continued their operation until the said raid took place last April 23rd.

“In October 2018, the Shanghai police found that Lepin building blocks available on the market were extremely similar to that of Lego,” read the statement released by authorities three days after the raid. “The toys were copied from Lego blueprints and sent to a factory in Shenzhen to be manufactured before they were sold all over China.”

The statement went on to reveal that the police shut down three separate warehouses and more than 10 production lines. They also confiscated almost 100 molds, 200,000 manuals, 200,000 retail boxes, and 630,000 packaged sets worth more than $30 million. They also destroyed the company’s equipment to ensure that the operation wouldn’t resume the moment they exited the building.

Two days after the raid, Lepin posted a message on its website to inform the public that they are temporarily stopping production of all their block sets starting on May 1st at the request of the Chinese Government and the Shanghai Police.

Though Lego products have a higher quality than Lepin’s toys, the latter remain popular in price-conscious markets as they have a much cheaper price. For instance, Lepin’s version of the Star Wars Millennium Falcon kit sells for only $313.30 whereas the Lego replica of the star ship retails for $799.99.