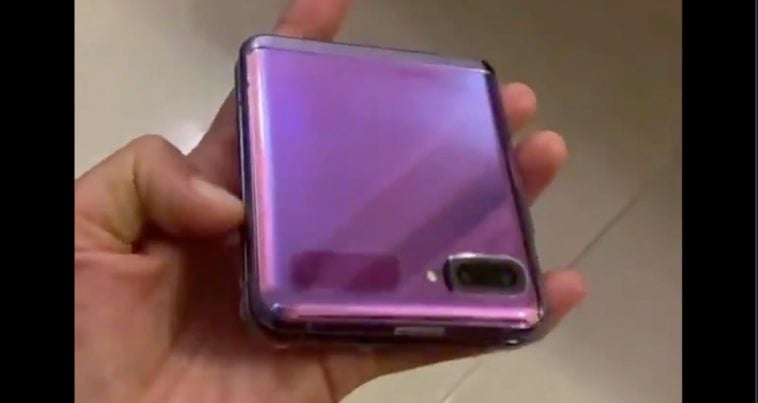 Following a pretty comprehensive leak, a new video of Samsung’s upcoming Galaxy Z Flip, also known as Galaxy Bloom, has surfaced on the internet. The Galaxy Z Flip is the company’s newest folding phone that’s expected to be officially revealed during the Unpacked event this month. Positioned as a direct competitor for Motorola’s refreshed Razr phone, the Galaxy Z Flip is the company’s first phone in this form factor and it supposedly greatly improves upon their previous folding phone, the Galaxy Fold.

The tweet, which came from leaker Ben Geskin, features a hands-on type of video of the Galaxy Z Flip. It seems that the earlier leaked official image renders are holding true as the design and size of the Galaxy Z Flip look pretty identical. The 19-second video is by no means in-depth but does give a quick idea of how the folding mechanism operates as well as a glance at the phone’s actual size. The screen seems quite seamless when fully opened and is definitely tiny and pocketable once closed. The Samsung Unpacked event is just around the corner and is expected to showcase a number of new devices including this phone as well as its flagship, the Galaxy S20.