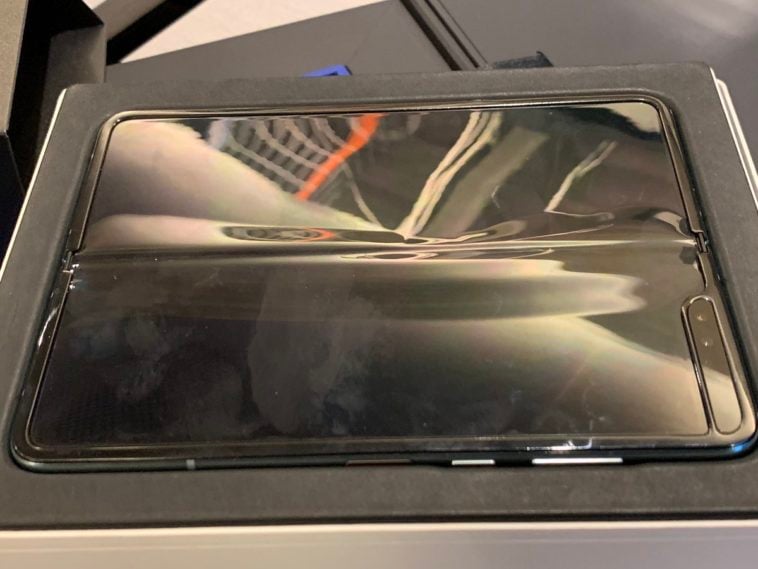 The Samsung Galaxy Fold has yet to officially launch, but Samsung is already in crisis management mode. Several high profile reviewers are reporting serious issues with the display technology, from screening cracking and flickering to creasing and bulging.

A reporter with The Verge was among the first to write about a major malfunction after just one day of “normal phone stuff, like opening and closing the hinge and putting it in [his] pocket.” According to his report, this caused a noticeable bulge and slight crease.

Youtuber Marques Brownlee and Bloomberg’s Mark Gurman totally destroyed their respective devices by trying to remove a thin layer they both mistook for a screen protector. In fairness to Samsung, one commenter posted a message that explicitly says you’re not supposed to remove the film. Brownlee, however, claims his particular review unit arrived without any heads up. However, that isn’t the case for all of the reviewers whose units broke.

Samsung is coming to pick up our broken Galaxy Fold review unit. But before they do, I just want to reiterate that we never removed the special film from our review unit. It is fully intact, as these images show. pic.twitter.com/zoeGELWBiN

Sources say Samsung has already sold out of its first batch of Galaxy Folds, meaning we’ll have to wait until the second to see if this news (coupled with its $2000 price) is enough to impact sales.

In response to the news, the South Korean tech giant says “we will thoroughly inspect these units in person to determine the cause of the matter.”