New images have surfaced which are claimed to be Samsung’s next foldable phone. The Galaxy Z Flip, also known as the Galaxy Bloom, isn’t Samsung’s best-kept secret as its supposed specs and image leaks have been popping up for weeks. But now Evan Blass and WinFuture have uncovered one of the best leaks yet: official renders from Samsung as well as the Galaxy Z Flip’s full spec sheet.

The renders show the Galaxy Z Flip in two different colors: violet and black. It was already known that Samsung’s newest foldable will open vertically unlike its previous foldable device, the Galaxy Fold. The Galaxy Z Flip will transform into a seamless touchscreen when fully opened. The plastic screen that plagued the Galaxy Fold has been replaced by an ultra-thin glass and will utilize Samsung’s Infinity Flex screen technology. It will stand at 6.7-inches with a 22:9 aspect ratio and FHD+ resolution. Closing the Galaxy Z Flip will give you a tiny, palm-sized device and sitting atop the front is a 1.06-inch secondary AMOLED display. This is designed to display information, such as time and notification, at a glance. 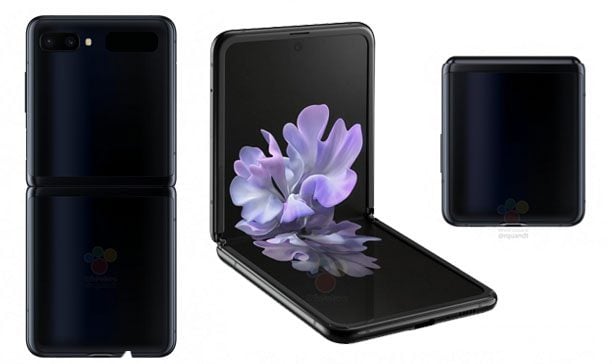 Internally, Samsung loaded the Galaxy Z Flip with slightly outdated but still flagship-level specs. It will be powered by a Qualcomm Snapdragon 855, but not the latest Snapdragon 865. It’s coupled with 8GB of RAM and 256GB of internal storage which is, unfortunately, not expandable. With these, it still beats the specs of its direct competitor, the Motorola Razr.

As for its cameras, it’s equipped with a dual rear camera setup which is compromised of a 12-megapixel main camera and a 12-megapixel ultra-wide-angle camera. The front-facing camera is a single 10-megapixel camera that features a hole-punch design Samsung has recently been implementing on their latest phones. 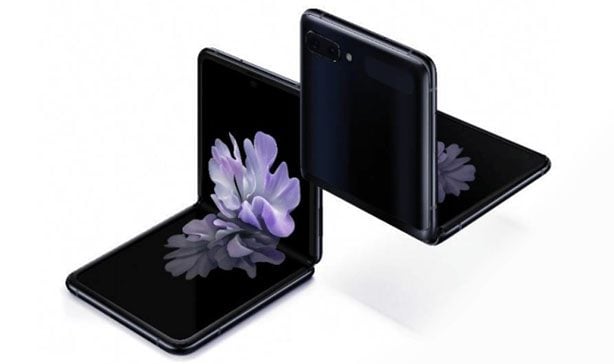 The Galaxy Z Flip will have a 3,300 mAh battery which is small but could possibly be the trade-off for its compact size. It also has a single USB-C port, no 3.5mm headphone jack, and will, most likely, not support 5G.

While no official release date and price has been released, WinFuture does say that the Galaxy Z Flip will be available starting February 14th, just a couple of days after Samsung’s Unpacked event, and that it will retail at around EUR 1,500.