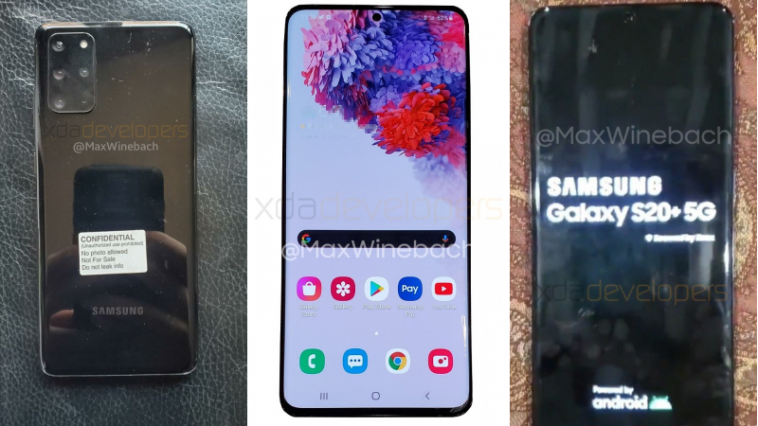 A few weeks ahead of Samsung’s annual Unpacked event in February, information regarding the company’s upcoming Galaxy S20 Ultra 5G has been leaked. And it seems that Samsung is giving the S20 a new, extremely beefed-up camera alongside some very flagship-appropriate specs.

It was Max Weinbach of XDA Developers who tweeted and also wrote about the supposed specs of the Samsung S20. According to Weinbach, the Galaxy S20 will be carrying a 4-camera system but he only mentions specs for three of them. In any case, the camera-system will be composed of a whopping 108-megapixel main camera, a secondary 48-megapixel camera with 10x optical zoom, and a 12-megapixel ultra-wide camera.

The S20 Ultra 5G is going to keep the SD Card slot. Support for up to 1TB.

But Samsung won’t be able to boast about being the first to offer such technology. Chinese company, Huawei, released the Mi CC9 Pro last year which carries similar camera specs. Interestingly enough, the digital sensor of the Mi CC9 was manufactured by Samsung. It can be presumed that Samsung’s S20 will build upon that same foundation.

One can expect that a camera with that many megapixels will also require hardware and memory that is capable to handle it. Weinbach mentions that the S20 will offer 3 storage variants capable of 128GB, 256GB, and 512GB, while also supporting expansion up to 1TB via SD card. All in all, the Samsung S20 will be able to support a total of 1.5TB of storage. That is appropriate enough for the expected large file size its 108-megapixel camera will churn out per photo.

The Samsung S20 will also supposedly have either 12GB or 16GB of RAM and it will house a 5000 mAh battery. It will also support fast charging and can charge from 0 – 100% in 74 minutes. Additionally, closer inspection of leaked photos shows a flash beside the cameras, possibly a microphone hole, and the absence of a Bixby button.