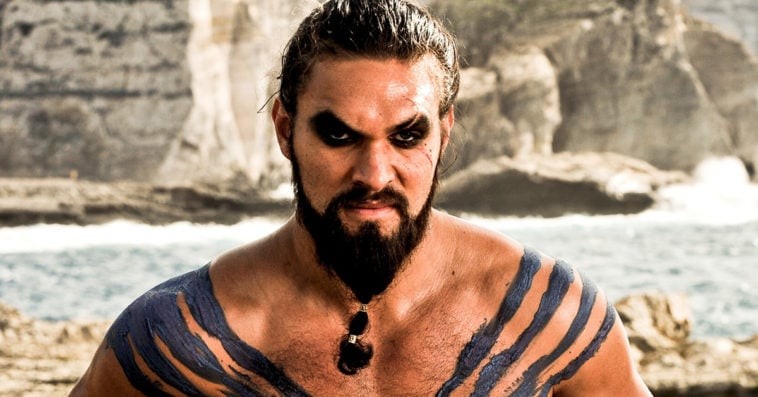 Though Jason Momoa gained international fame after playing Khal Drogo in the first season of Game of Thrones, life hadn’t actually been easier for him and his family following his stint in the hit HBO series.

In a recent interview with InStyle, the Hawaii-born actor revealed that his family struggled with finances after his Game of Thrones character was killed off in the show. “I mean, we were starving after Game of Thrones,” said Momoa, who has two children with his actress wife, Lisa Bonet. “I couldn’t get work. It’s very challenging when you have babies and you’re completely in debt.”

Momoa, who is also stepdad to actress Zoe Kravitz (Bonet’s daughter with her ex-husband Lenny Kravitz), had difficulty paying the bills at their Topanga Canyon house until 2016, when things began to improve after he landed the role of Aquaman / Arthur Curry in the DC Extended Universe.

But long before joining the cast of Game of Thrones, Momoa knew that being an actor isn’t the most stable job. After getting cast as series regular in Baywatch Hawaii, Momoa moved from Hawaii to Los Angeles to look for more work. However, it didn’t take long before he realized that starring in the Baywatch franchise didn’t really give him an advantage at that time. “I couldn’t even get an agent for three or four years,” he recalled.

Fortunately for Momoa and his family, the actor is now fully booked until about 2024 with huge projects like season 2 of the Apple TV+ series See, Zack Snyder’s Justice League, Aquaman 2, and Dune, from director Denis Villeneuve.

“It was ‘Josh Brolin, Jason Momoa, Javier Bardem,’ and I’m just like, ‘Oh my god. I can’t believe my name was with those names.’ I feel like I’m still a kid, freaking out,” Momoa shared when he saw the trailer for Dune for the first time this summer.

The latest adaptation of Frank Herbert’s acclaimed 1965 novel of the same name, Dune stars Timothée Chalamet as young ruler Paul Atreides, with Momoa playing his most trusted warrior, Duncan Idaho. Momoa said the film mirrors today’s world as it tells a story about fierce clans fighting for limited resources on a diabolic desert planet. “It’s not alien versus alien — it’s about conflicts between human tribes and greed,” he said of the epic sci-fi film. “It really hits home right now.”

Dune is currently scheduled to open in U.S. theaters on October 1st, 2021.