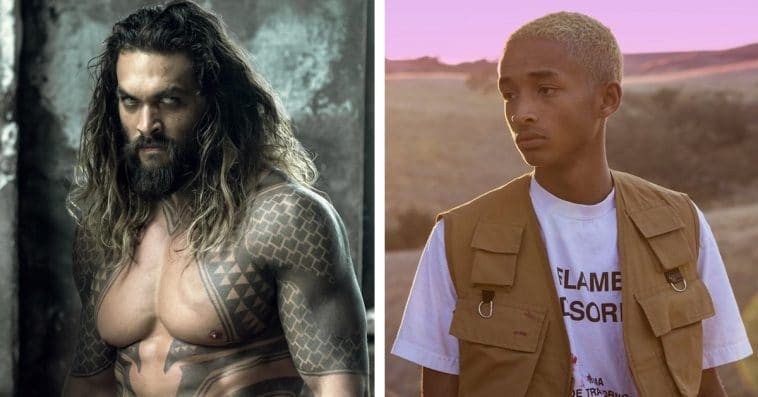 Jason Momoa and Jaden Smith keep making a huge difference for the environment.

Momoa, who works with the United Nations in protecting marine ecosystems, proved how passionate he is about his advocacy when he casually called out his fellow actor Chris Pratt for using plastic water bottle.

The Aquaman actor reacted to one of Pratt’s Amazon-sponsored Instagram photos, in which the Guardians of the Galaxy star is seen holding a plastic water bottle while leaning against a treadmill. “Bro, I love u, but wtf on the water bottle. No single-use plastic. Come on,” Momoa commented on the post.

You’re probably wondering why I’m standing here, low key flexing, gazing into the distance… well, turns out I'm teaming up with @amazon to show you guys everything I use for my workouts, keeping active, and all that fun stuff to get you prepped for 2020. #FoundItOnAmazon #Amazon #Ad http://www.amazon.com/chrispratt

Pratt replied to Momoa’s comment, apologizing for his seeming lack of environmental awareness. “Aquaman! You’re completely right. Damn it,” Pratt wrote in response. “I always carry my big gallon size reusable water jug with me too. I even had it that day!!! If I remember correctly somebody threw that plastic bottle to me in the photoshoot cause I didn’t know what to do with my hands.”

He added, “Love you too buddy. My bad. I don’t want your home of Atlantis covered in plastic. Hear that kids? Reduce. Reuse. Recycle.”

Momoa’s comment on Pratt’s post, which has earned over 68,000 likes, caused a backlash against Pratt, prompting Momoa to issue an apology to Pratt for the unexpected adverse reaction.

@prattprattpratt BRO you know my children and I are madly in love with you and I love everything you do. I’m sorry this was received so badly today I didn’t mean for that to happen. I’m just very passionate about this single use plastic epidemic. the plastic water bottles have to stop i hope u make a reusable water bottle for amazon so we all can purchase. You’re an inspiration to many I’m one of them. I’ll send you a case of MANANALU. All my Aloha, Da Momoa’s

“BRO, you know my children and I are madly in love with you and I love everything you do. I’m sorry this was received so badly today I didn’t mean for that to happen,” Momoa wrote. “I’m just very passionate about this single-use plastic epidemic. The plastic water bottles have to stop.”

Momoa continued, “I hope u make a reusable water bottle for Amazon so we all can purchase. You’re an inspiration to many I’m one of them. I’ll send you a case of MANANALU. All my Aloha, Da Momoa’s.”

For those who are not familiar, Mananalu is a brand of canned water, which Momoa has partnered with in hopes to rid the world of plastic water containers.

Clearly, Smith has the same concerns as Momoa on the use of plastic water bottle. In fact, it’s one of the reasons why Smith and his nonprofit 501CThree keep putting up units of Water Box — a technology that removes heavy metals such as lead and harmful bacteria from water, producing 10 gallons of clean water every minute — around Flint, Michigan, where there has been a water crisis since 2014.

Our first deployed project is The Water Box — A low cost portable water filtration system in Flint, Michigan. 501CTHREE partnered with First Trinity Missionary Baptist Church of Flint (@firsttrinitymbc) who has been on the front lines of Flint’s Water crisis since 2014. The device, already in service at the church, significantly reduces lead and other contaminants from the city water at a rate of 10 gallons per minute and is free to the community.⁣ ⁣ You can help #Flint right now – LINK IN BIO

“This is a health crisis but in providing bottled water we are creating an environmental crisis. All this plastic waste, we knew it wasn’t a solution and we knew something had to be done. Just as we were talking about running out of funds for our water distribution, the team from 501CThree reached out and offered to give us a Water Box,” Asa Zuccaro, the center’s executive director, told MLive.

Smith said he has plans to unveil a fifth Water Box in Flint next year. “We’re very interested in providing another box to Flint moving into 2020. We want to keep donating the Water Boxes until the community says ‘OK, we’ve had enough,’” the rapper said.