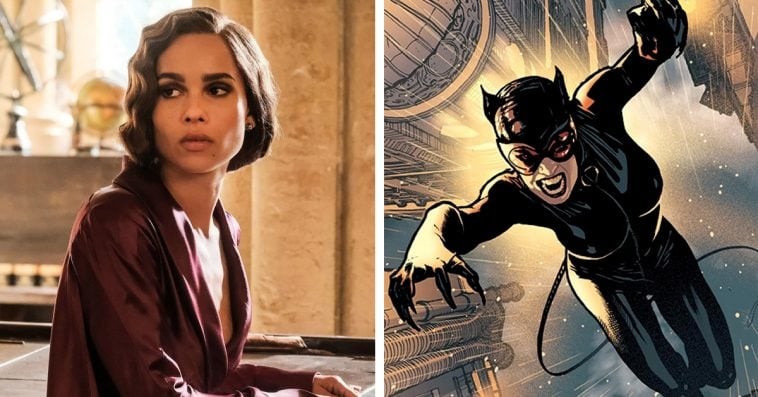 Matt Reeves’ The Batman has found its Catwoman.

Zoe Kravitz has landed the iconic role over the weekend following a rigorous testing process that saw her, Ana de Armas (Blade Runner 2049), Ella Balinska (Charlie’s Angels), and Eiza Gonzalez (Baby Driver) read with Robert Pattinson, who is set to play the Caped Crusader. Other contenders for the role were Zazie Beetz (Joker) and Alicia Vikander (Tomb Raider).

In the Batman canon, Catwoman is one of the Dark Knight’s high-profile enemies and also happens to be one of his long-lasting love interests. A cat burglar that uses a whip as her weapon of choice, the antihero is the alter ego of Selina Kyle.

Interestingly, this won’t be Kravitz’s first take on the iconic role, as she has previously voiced Catwoman in 2017’s The LEGO Batman Movie. Her other notable film credits include X-Men: First Class, the Divergent series, Mad Max: Fury Road, Fantastic Beasts and Where to Find Them, and Spider-Man: Into the Spider-Verse. On the TV front, Kravitz plays Bonnie Carlson on HBO’s Big Little Lies and will be next seen on Hulu’s web series High Fidelity.

Kravitz also has a personal connection to the DC Extended Universe, as Aquaman actor Jason Momoa is actually her stepfather.

Co-starring in 2012’s The Dark Knight Rises, Anne Hathaway was the most recent actress to play Catwoman on the big screen. Prior to that, Halle Berry portrayed the role in the 2004 film Catwoman, which bombed at the box office. Fans, meanwhile, loved Michelle Pfeiffer’s portrayal of the character in 1992’s Batman Returns.

Pre-production on The Batman is expected to start this summer. While filming has no official start date yet,  there are reports that it could start in late 2019 or early 2020. The movie is currently scheduled for a June 25th, 2021 release.