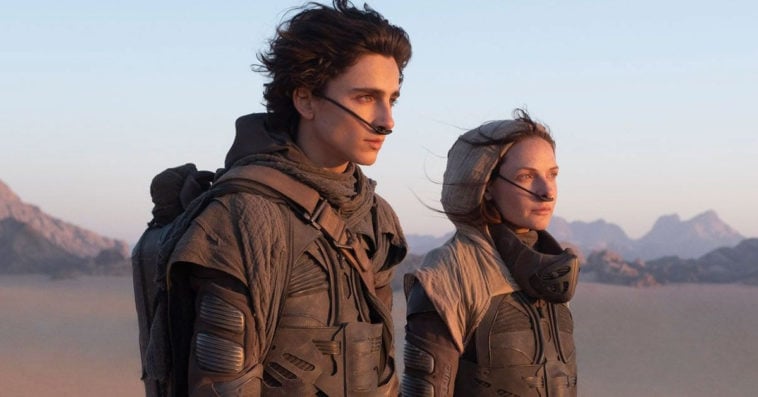 The first trailer for the new movie adaptation of Frank Herbert’s sci-fi novel Dune is finally out, and while it offers a number of exciting moments from the book, some longtime fans of the franchise think that the most interesting thing about the video is its use of a remixed version of Pink Floyd’s song, Eclipse.

Though it’s possible that film director Denis Villeneuve simply incorporated the 1973 tune into the trailer because of its sonic vibe, people who have long been following the development of the franchise believe that it’s actually an Easter Egg to Alejandro Jodorowsky’s failed attempt to adapt the novel to the big screen.

Following the success of his movies El Topo (1970) and The Holy Mountain (1973), Jodorowsky was tapped by a French consortium led by Jean-Paul Gibon to direct a film adaptation of Dune. To help him bring the rich and layered world of Dune and its characters to life, Jodorowsky set up a pre-production unit in Paris that included sci-fi illustrators Chris Foss, Jean Giraud (Moebius), and H. R. Giger. Jodorowsky also enlisted Karlheinz Stockhausen, Henry Cow, and Magma to score the film, as well as Pink Floyd to provide the soundtrack for the movie.

Unfortunately, the project was scrapped due to budgetary limitations, resulting in what some would call one of the best movies that was never made. Jodorowsky’s failed attempt at adapting the novel was even chronicled in a 2013 documentary, titled Jodorowsky’s Dune.

Though the cancelled Dune adaptation was probably one of Jodorowsky’s career lows, the filmmaker revealed in August that he plans to see Villeneuve’s version. He, however, remains unconvinced that anyone can pull it off well. “[I will go see it] with pleasure, because it will be different. It’s not the same,” he told IndieWire. “[But] It’s impossible to do.”

“Dune is a book that’s like Proust. It’s science fiction but it’s very, very literary,” Jodorowsky explained. “It’s very difficult to find images to put in the film because pictures are optical. When I had the idea to do that, it was in an ecological [crisis]. I was feeling what all the people feel today. We’re in an ecological problem, because the Earth is changing, and your crazy President doesn’t believe that. That is Dune in the beginning.”

The Warner Bros. movie is set to be open in U.S. theaters on December 18th.