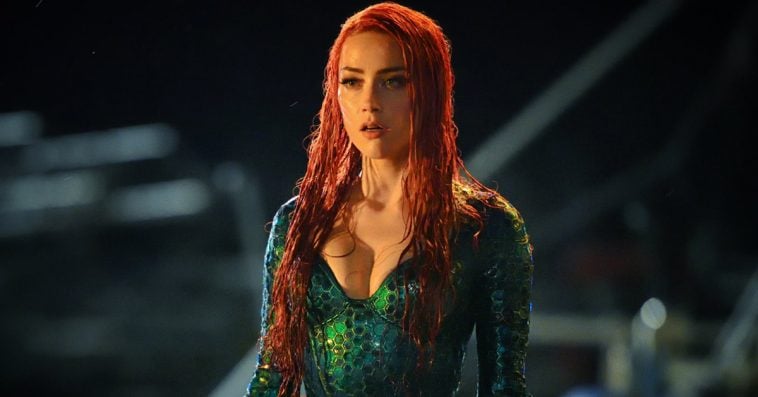 As if the ongoing legal battle between Johnny Depp and Amber Heard isn’t already complicated enough, fans of the Oscar-nominated actor are now trying to meddle in the issue by demanding Warner Bros. and DC Entertainment to remove the actress from Aquaman 2.

A Change.org petition titled Remove Amber Heard from Aquaman 2 claims that Heard is a “proven domestic abuser” and should not reprise her role as Mera in the sequel to the 2018 film Aquaman starring Jason Momoa in the title role.

The petition, which has already gathered over 37,000 signatures as of writing, cites Depp’s $50 million defamation lawsuit against Heard, in which the Oscar-nominated actor claims that he was abused by his now ex-wife several times. Those include an incident where she punched him twice in the face and another where he had to surgically re-attach his finger after she hit it with a vodka bottle. To demonstrate that Heard has a repeated pattern of abuse, the petition also notes the actress’ 2009 arrest for allegedly striking her ex, Tasya Van Ree.

The petition also goes on to claim that Heard has “systematically crusaded to ruin Depp in Hollywood” by “repeating multiple accounts of fake incidents, in which she had actually abused Johnny Depp, but lied and created false accounts of him being the abuser.”

Given all these, the petition believes that Heard shouldn’t be part of Aquaman 2, because keeping her in the cast ignores the suffering of her victims and glamorizes her as a domestic abuser.

While it’s unclear whether Depp has anything to do with the petition, he was previously alleged to have “personally lobbied” former Warner Bros. chairman Kevin Tsujihara to have Heard fired from Aquaman as well as to “blacklist” her from getting roles from Warner Bros. These allegations surfaced as part of Depp’s lawsuit against his former lawyer Jake Bloom, which had already been settled, with Depp receiving an eight-figure settlement payment.

However, Depp’s defamation lawsuit against Heard still continues, with the latest twist seeing Heard asking the court to require Depp to undergo a mental health evaluation, claiming that the actor’s mental condition was a big factor in the alleged abuse she suffered from him.

Aquaman 2 will be written by David Leslie Johnson-McGoldrick and is set for a December 16th, 2022 release date.