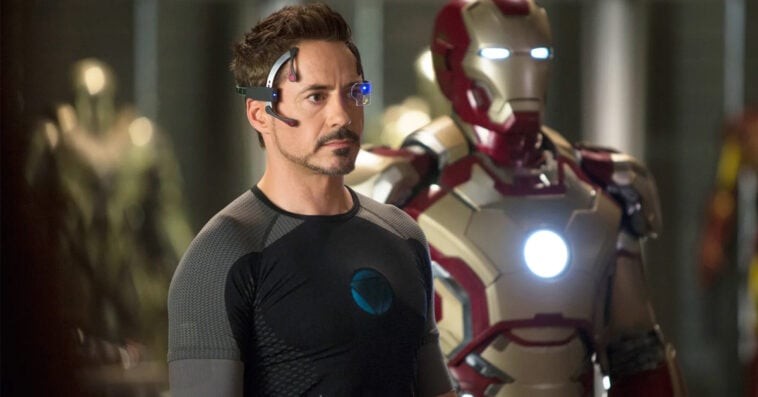 It’s been over nine years since Iron Man 3 opened in theaters, and even though the titular character died in 2019’s Avengers: Endgame, some fans are still hoping that an Iron Man 4 will still happen.

Is there going to be an Iron Man 4 even after Tony Stark’s death?

A couple of months before the May 2013 theatrical release of Iron Man 3, director Shane Black said that he had a feeling that Robert Downey Jr. will reprise his role as Tony Stark, a.k.a. Iron Man, in at least two more Iron Man films despite the actor’s original contract with Marvel Studios expiring after Iron Man 3.

“There has been a lot of discussion about it: ‘Is this the last Iron Man for Robert?’”, Black told the French magazine Premiere (via Screen Rant) in March 2013 when asked if the actor would do Iron Man 4. “Something tells me that it will not be the case, and will be seen in a fourth, or fifth … But I can be a little excited…”

In April 2016, Downey himself stated that he was open to reprising his role in a potential Iron Man 4 movie. “I feel like I could do one more,” the actor told ABC’s Nightline during a Captain America: Civil War set visit.

Downey, however, changed his tune after his character was killed off in Avengers: Endgame. In a September 2020 episode of the SmartLess podcast, the actor casually mentioned that he’s already done with all of his obligations in the Marvel Cinematic Universe (MCU).

“I’m assuming that the Marvel thing is at a slower speed now, or are you done with that now?” podcast co-host Jason Bateman asked Downey.

He went on to say that Marvel is now on this whole new journey where “they’re trying a bunch of other stuff.” “I’m excited for them to see how all that goes,” he added.

As of writing, there’s no Iron Man 4 in the works. But that doesn’t necessarily mean that it won’t happen in the future. Although Downey’s Iron Man is already dead, the movie could still happen with a new actor in the titular role, especially after the MCU started to explore the multiverse in the films Spider-Man: No Way Home (2021) and Doctor Strange in the Multiverse of Madness (2022), and in the TV series Loki (2021) and What If…? (2021).

Earlier this year, Giant Freakin Robot reported that Tom Cruise has joined the MCU, and while Marvel Studios has yet to confirm the news, a trusted and proven source told the website that the Top Gun actor will be playing Iron Man.

Cruise’s Iron Man, however, is reportedly not the same as Robert Downey Jr.’s Tony Stark. “It is sure looking like he will be playing Superior Iron Man, a villainous version of [Tony] Stark from another reality,” reads a portion of the website’s story.

Though it was speculated that Cruise would make his first appearance as Superior Iron Man in Doctor Strange in the Multiverse of Madness as part of the Illuminati, the actor was nowhere to be seen in the film. That, however, doesn’t mean that the report of the actor joining the MCU is untrue.

After all, Cruise was actually considered for the role of Iron Man when the MCU was first unfolding. So, to see him portray a version of the beloved Avenger on the big screen would be something of a hat-tip to what could have been when the superhero made his live-action theatrical debut back in 2008. As to why Cruise turned down the role at the time, the actor reportedly didn’t like the script for the movie.

If Cruise does debut as Superior Iron Man in the MCU in the near future, then it won’t be surprising if he ends up starring in the potential fourth Iron Man movie.

Wondering what Cruise would look like if he were Iron Man? Deepfake artist Stryder created an unofficial Iron Man 4 teaser featuring the actor’s face using clips from previous Iron Man and Avengers movies. Watch the video below:

Though Tony Stark sacrificed himself to defeat Thanos and save the universe from decimation at the end of Avengers: Endgame, he has continued to have a presence in the MCU. In fact, his name has been mentioned in various Marvel movies Spider-Man: Far From Home (2019), Black Widow (2021), Shang-Chi and the Legend of the Ten Rings (2021), Eternals (2021), Spider-Man: No Way Home (2022), and Thor: Love and Thunder (2022).

Stark is also expected to be mentioned in the upcoming Disney+ series, Ironheart. The six-episode series will star Dominique Thorne as Riri Williams, a.k.a. Ironheart, an MIT student and genius inventor from Chicago who creates a suit of armor that rivals the one built by Stark. The show doesn’t have a release date yet, but it is expected to premiere sometime in 2023.

Want to build your own Iron Man costume? Check out this easy-to-follow guide!