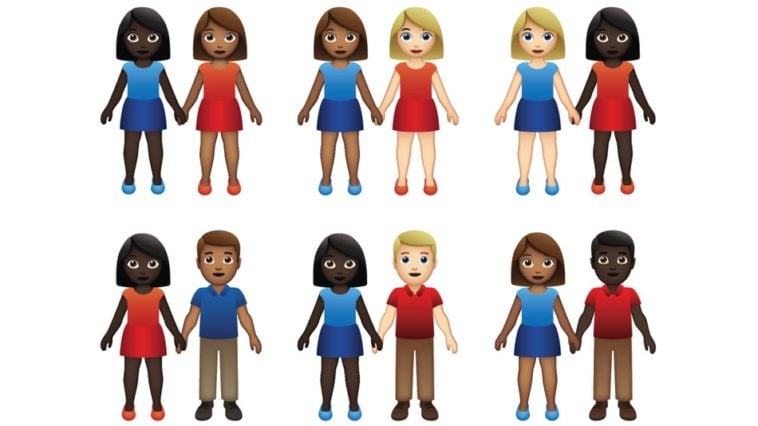 The voters at the Unicode Consortium have just approved over 200 new emoji, including 71 variations of interracial couples.

Currently, the couple emoji is a race-neutral yellow tone. While companies like Google, Microsoft, and Apple were among those who signed off on the new additions, each individual platform is granted freedom when deciding on “facial features and hair textures” and other details.

Unsurprisingly, the dating app known as Tinder was at the forefront of the effort, citing its own in-house data as a source of inspiration. In recent years, “interracial dating and marriage has become more prevalent.” According to Tinder, data shows that “couples who meet online are more likely to be interracial than those who don’t.”

This most recent news of inclusion follows on the heels of the “gender-inclusive” update of 2017 which prominently features LGBTQ couples. The new interracial couples are expected to start appearing toward the end of 2019.