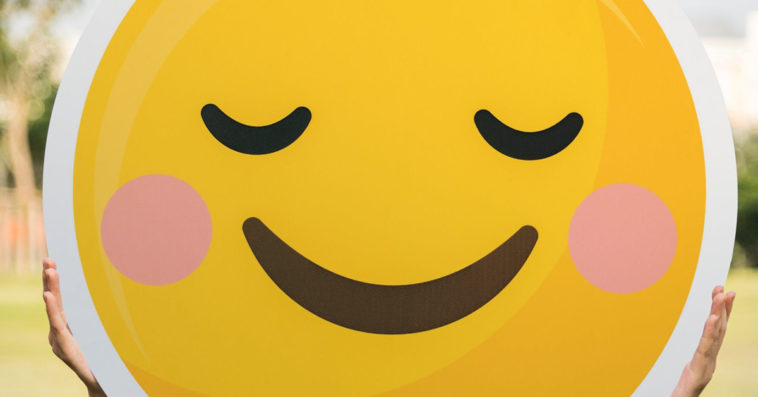 In celebration of the World Emoji Day on July 17th, leading international social media analytics firm Talkwalker has created heat maps of the most used emojis in 13 U.S. cities. But since the ? and the ❤ are the first and second most popular emojis for the majority of the cities Talkwalker had examined, the analytics company excluded those two emojis from the results in order to show a greater variety between the cities. In the heat maps, the bigger the size of the emoji, the more it is widely used in that particular city.

Time for a special line-up for our American fans: here are the emojis used to talk about 13 U.S. cities! 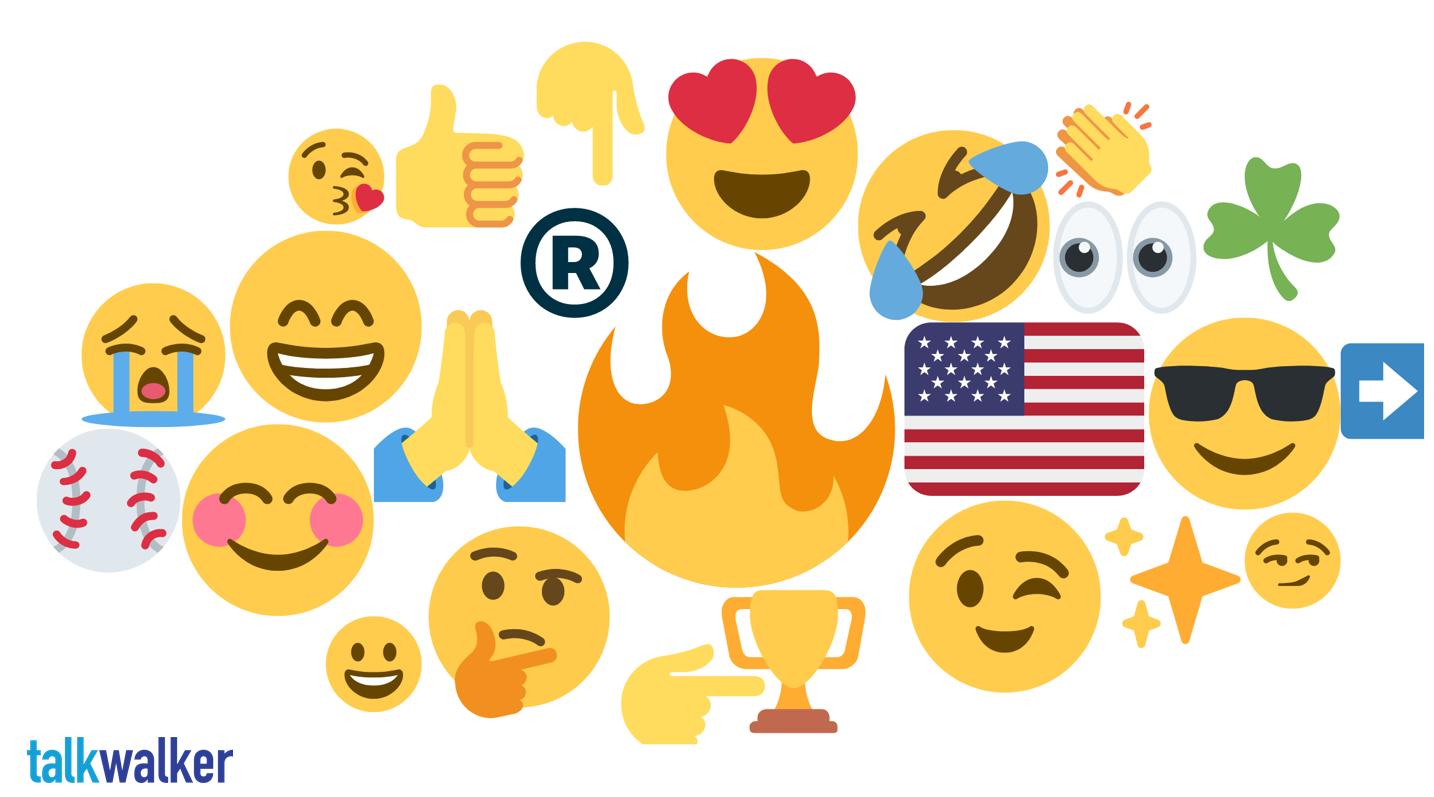 The ? is the most used emoji in Boston, followed closely by the ?, ?, ?. Though the ☘️ and the ⚾  are also included in the list of most popular emojis in the Beantown, Talkwalker pointed out that the two emojis could have held more prominent positions in the heat map if the Celtics and the Red Sox had performed better on the NBA and MLB in the previous months.

New York is the only city in the U.S. that has an emoji for one of its iconic destination, so it isn’t that surprising when Talkwalker found out that the city’s most popular emoji is the ?. It is followed by the ?, which makes sense because of the huge number of tourists that visit the city all year round. And since New York is also known as The Big Apple, the emoji ? is also among the most used emojis in the city. 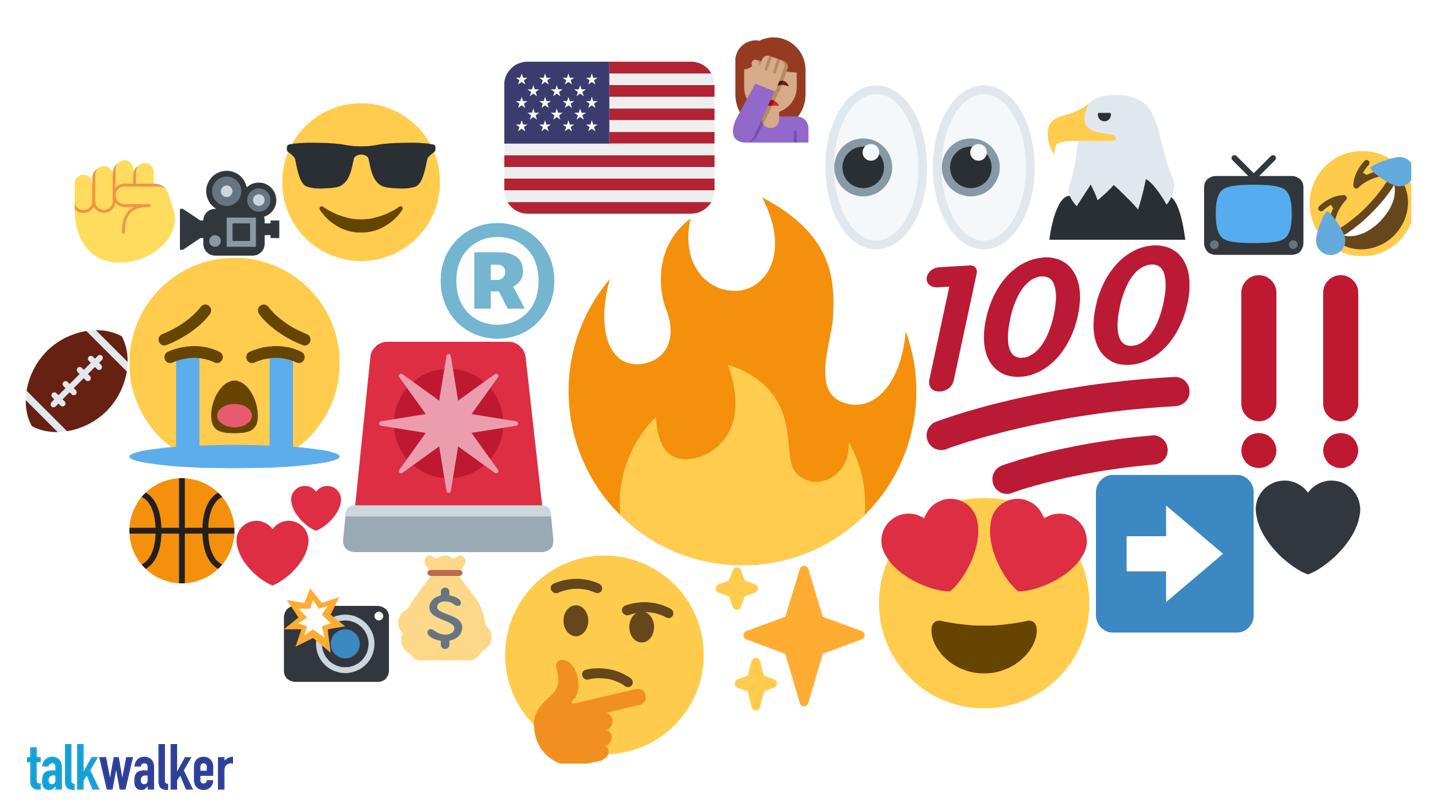 Just like Boston, Philadelphia’s most popular emoji is the ?, followed closely by ?. The ? also makes the cut as it represents the city’s football team, Philadelphia Eagles. 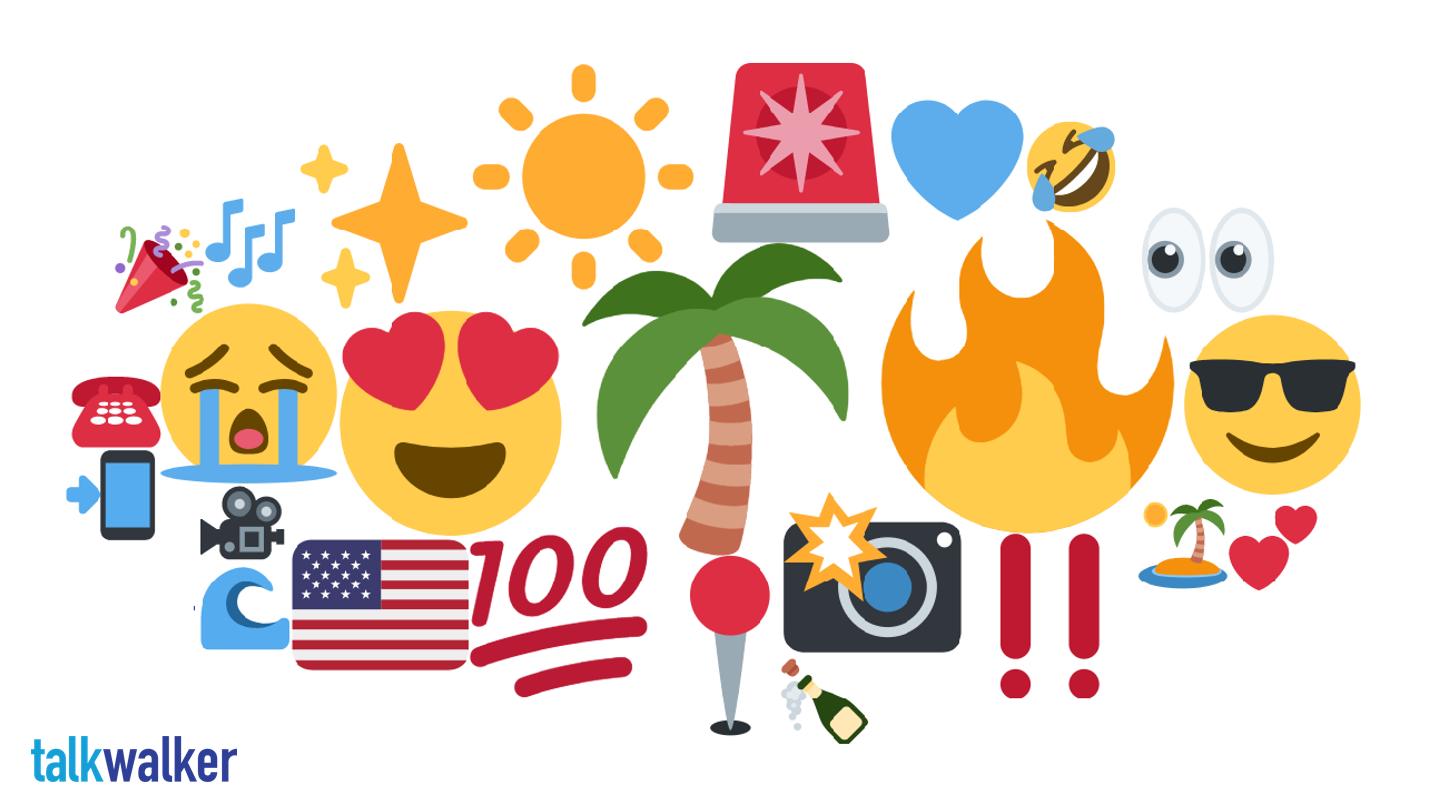 Unsurprisingly, Miami’s most identifiable emoji is the ?. And since the city is known for its beach and hot weather, the emojis ☀, ?, and ? also occupy significant spaces in its heat map. 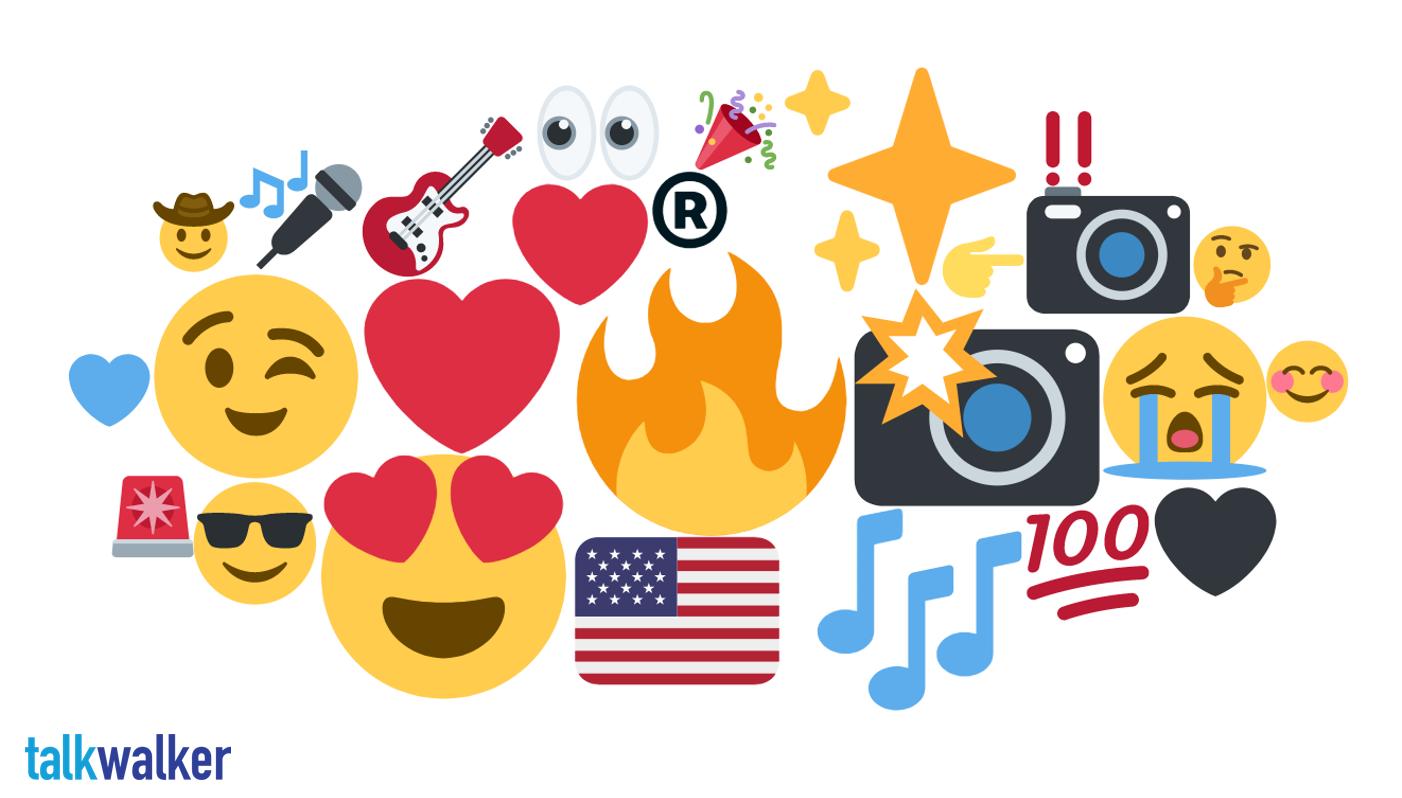 Like Boston and Philadelphia, Nashville’s most used emoji is the ?. Having been dubbed as the Country Music Capital of the World, Nashville has also got the emojis ?, ?, and ? in its heat map. 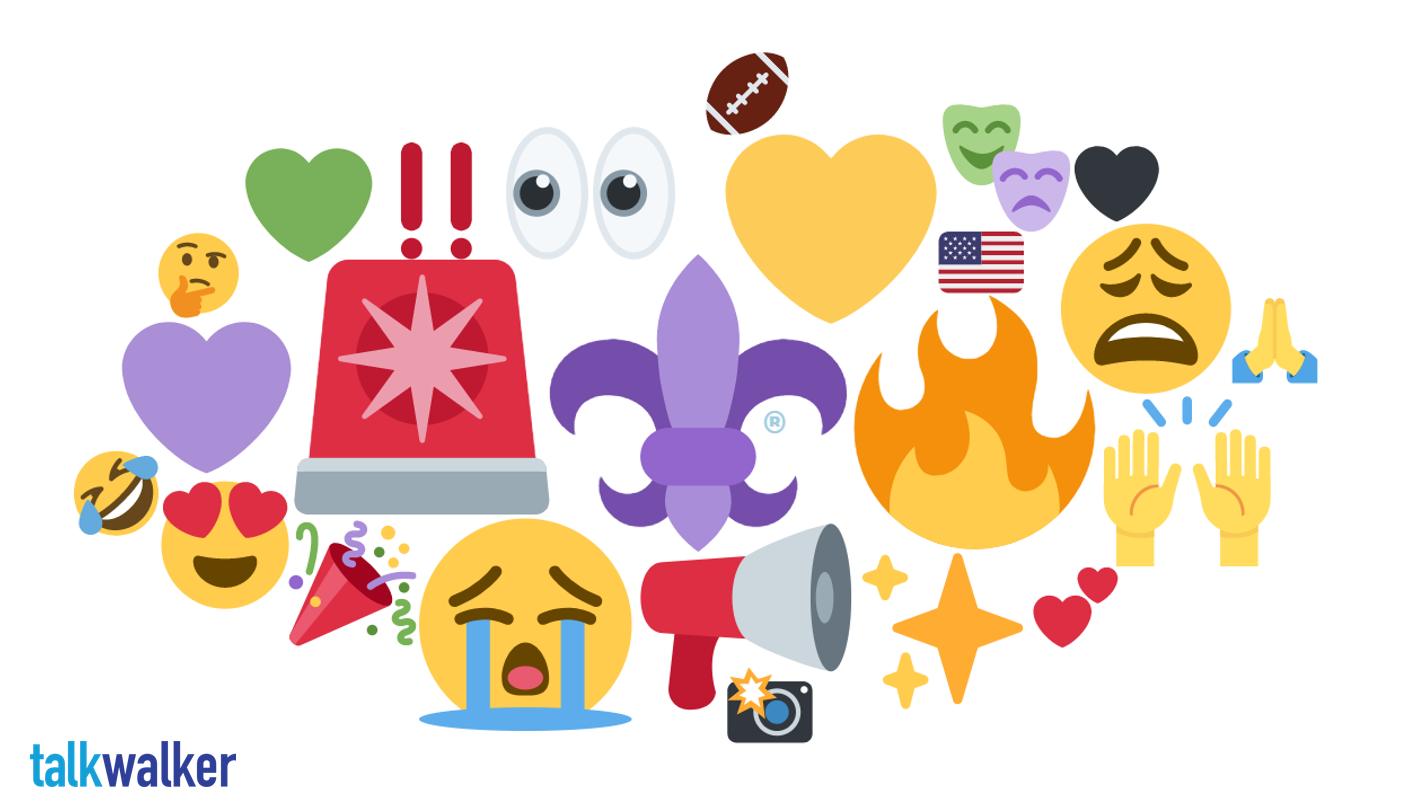 The most used emoji in New Orleans is the ⚜️, which happens to be the logo of the city’s football team, New Orleans Saints. Talkwalker noted that the presence of the ? and the ? in the heat map indicates the kind of fun people would expect from Bourbon Street, the historic street in the heart of the French Quarter of New Orleans. New Orleans’ love for drama and street parades is also represented by the emoji ?, which typically appears in the heat map during the Mardi Gras celebration.

READ  How to use Upright to edit social media ready videos 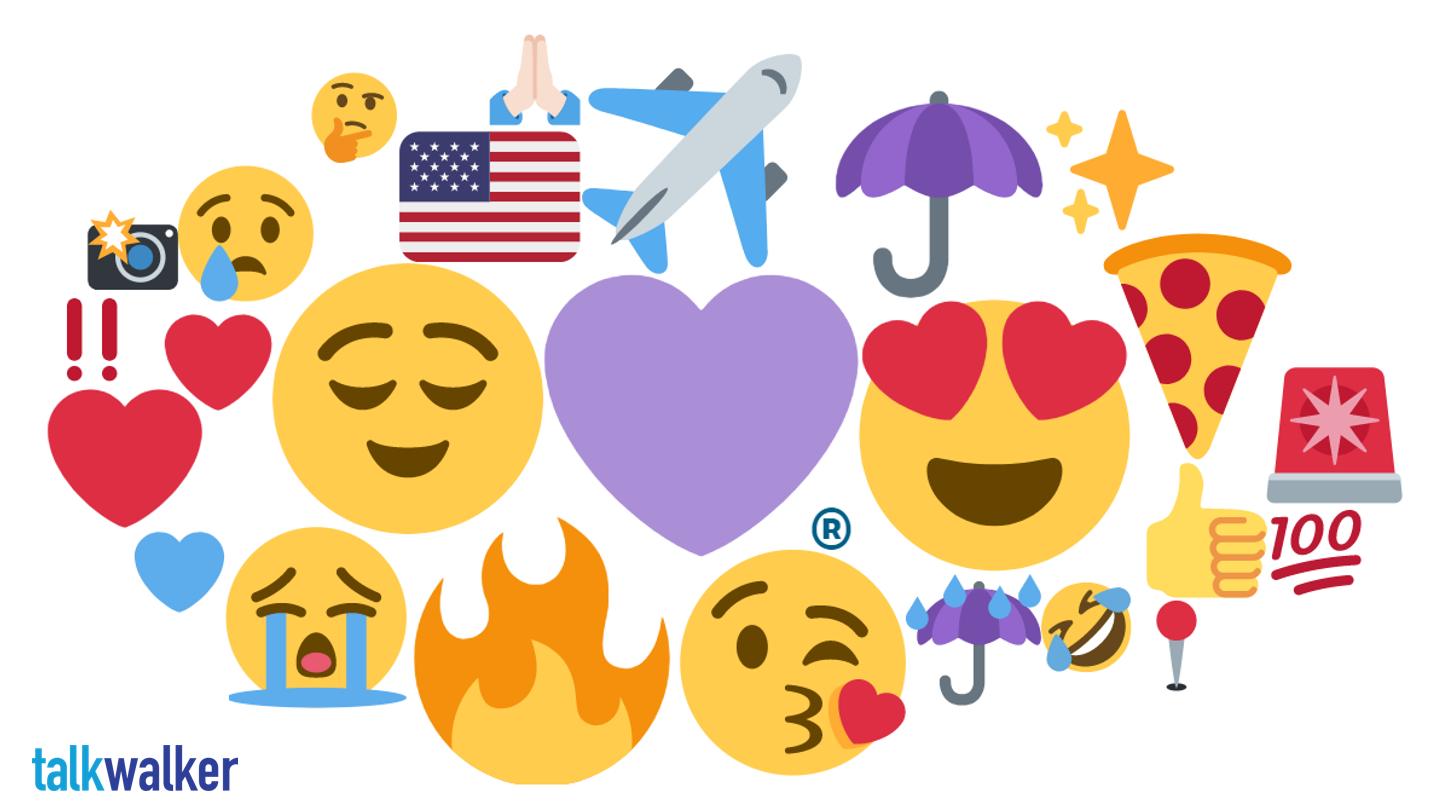 The ? is Chicago’s most popular emoji. According to Talkwalker, people in Chicago use the purple heart emoji to represent the Soldier Field, which is the home of the city’s football team, the Chicago Bears. The heat map also shows the umbrella emojis  ☂️ and ☔, which pretty much confirm that it rains in Chicago frequently. It’s also worthy to note that the pizza emoji  ? makes the cut, signifying that Chicago loves pizza that much.

Austin is known for its very long and hot summers, so it isn’t surprising to find out that the most used emoji in the city is the ?. And since Austin is the Live Music Capital of the World, it makes sense that there are three different types of camera emoji included in its heat map: ?, ?, and ?. 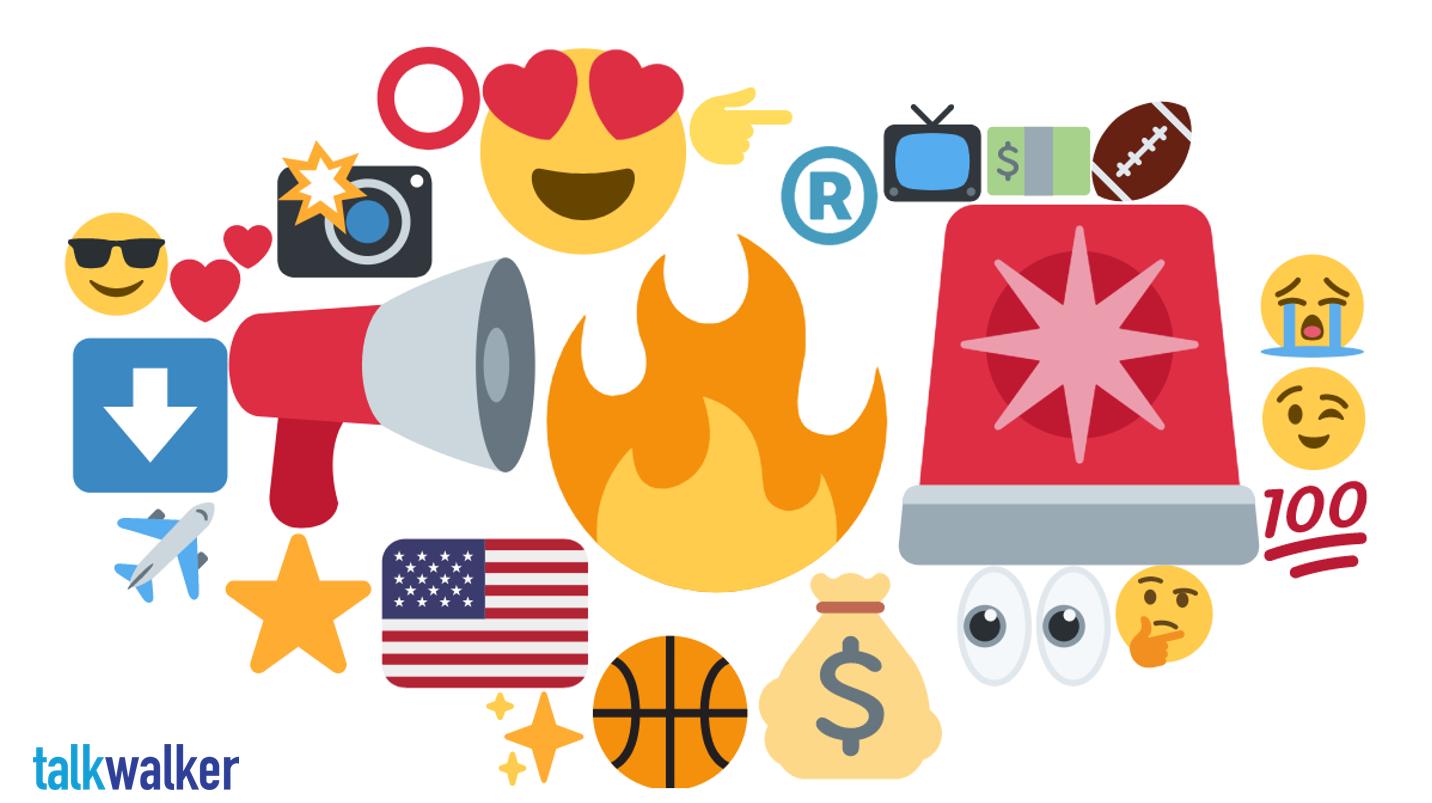 Denver’s most popular emoji is the ?, and it is reportedly being used in announcing new businesses and housing openings. The ? and the ? are also among the most popular emojis in the city as both reflect Denver’s booming economy. The ? is also included in the heat map, suggesting that the city has lots of love for its basketball team, Denver Nuggets. 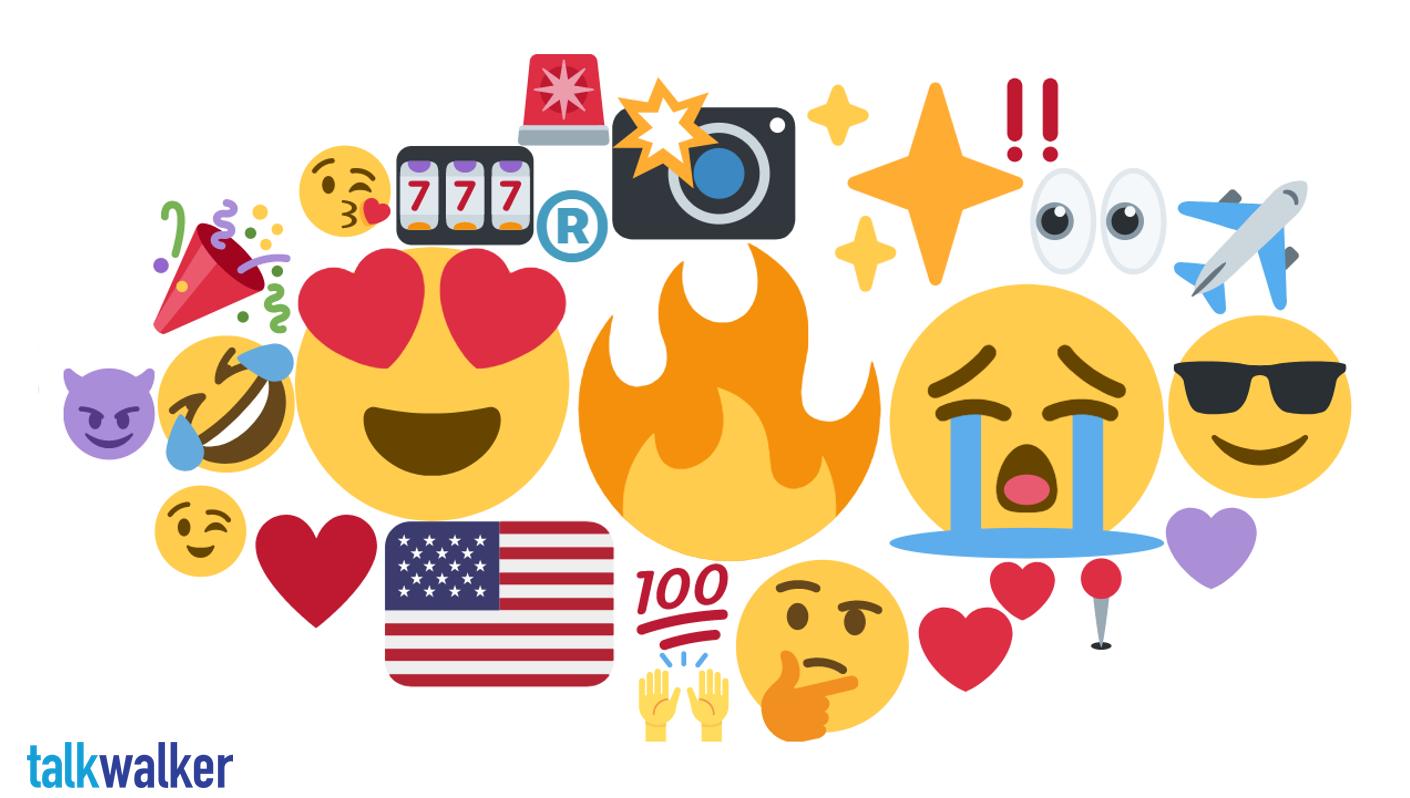 ? is the most used emoji in Las Vegas — probably signifying all the naughty things people do while in the so-called Sin City. And since Las Vegas is the home of some of the biggest and glamorous casino in the world, the city’s heat map also includes the ? emoji. Another top emoji in the city is the ? — something that people probably use right after losing big time at the casino. 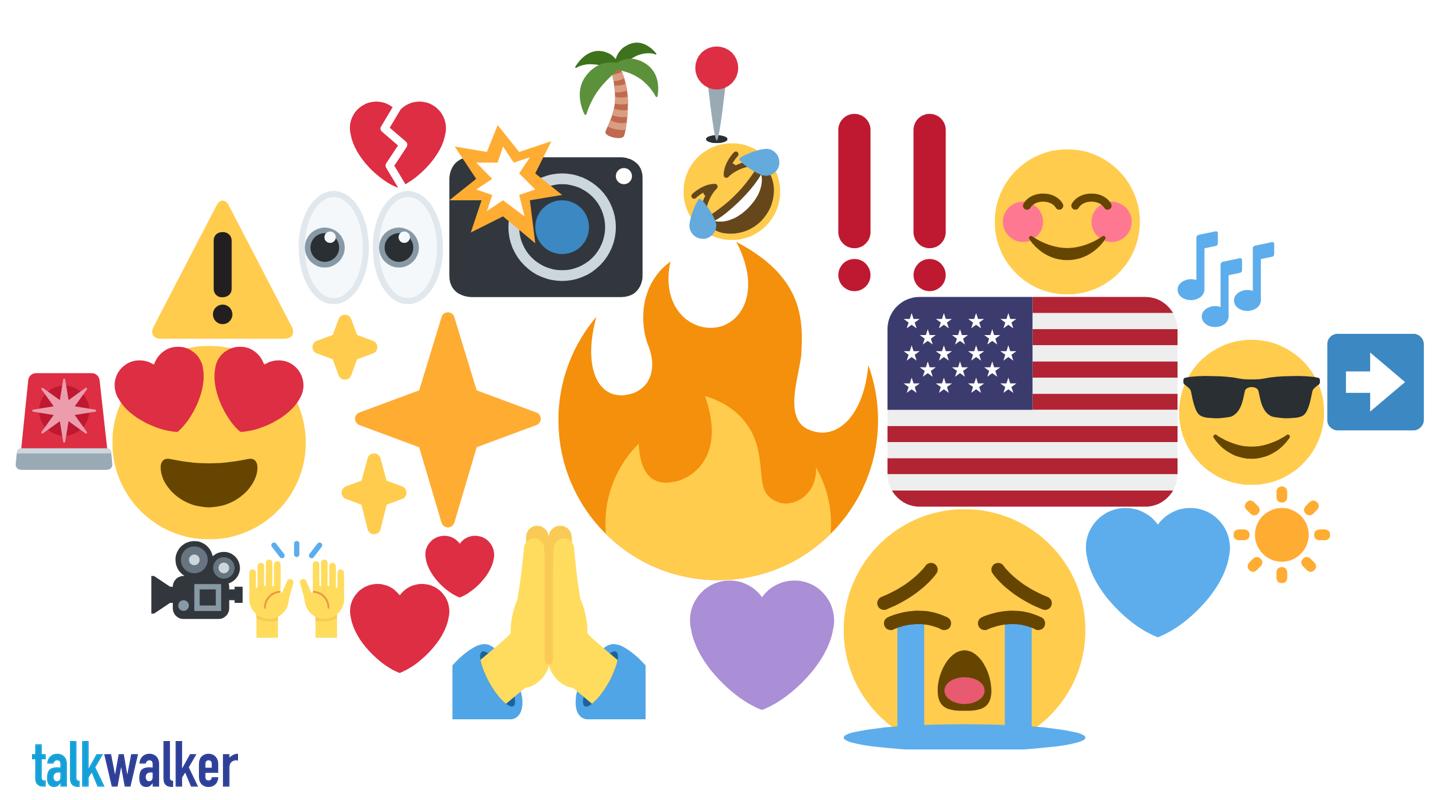 It’s always hot in Los Angeles, so the ? being the most popular emoji in the city is somehow expected. ☀, ?, and  ?, which are all emojis related to the city’s dry subtropical climate, also appear in the city’s emoji heat map, as well as the ✨ , which represents the glitz and glamour of Hollywood.

For some reason, the ? is the emoji most associated with San Francisco. Does it have something to do with Tony Benett’s song I Left My Heart in San Francisco? No one knows for sure. But Talkwalker knows that people in San Franciso love to use the emoji ? to refer to its iconic Golden Gate Bridge. 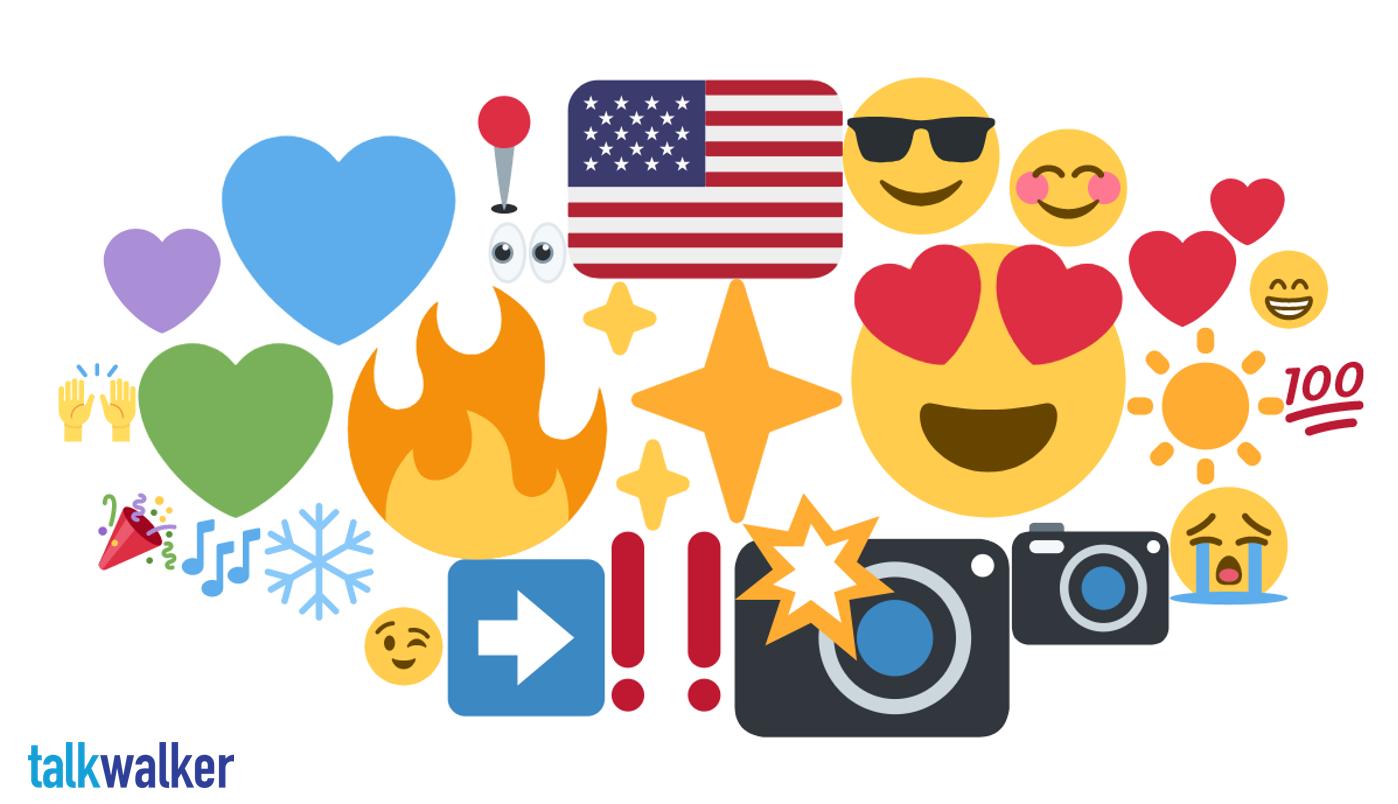 The most popular emoji in Seattle is the ✨- , which is just appropriate since the place is also called the Emerald City. Though Seattle has a reputation as a rainy city, its heat map doesn’t include any umbrella emojis. Instead, the ☀️ and ❄️ emojis are the ones that make the cut.