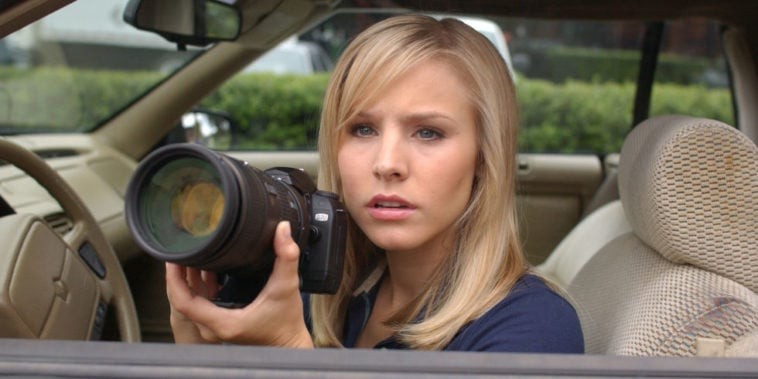 Industry insiders are reporting that writer Rob Thomas and actress Kristin Bell may soon team up on a new Veronica Mars series.

At present, Hulu, Thomas, and Bell are working to finalize a deal for an eight-episode limited series in which Bell will reprise her role as Veronica Mars, Deadline noted. The studio, in conjunction with the show’s creative team, is rumored to be engaged in “preliminary conversations about bringing back a number of the other cast members from the original series and follow-up movie.”

What’s more, Thomas is also working on a deal with Warner Bros TV to produce the series. Although WBTV is the studio behind the original 2004 – 2007 run, they have remained silent in regard to their potential involvement in the upcoming show. During the course of its brief run, Veronica Mars was widely acclaimed by fans and critics alike. In fact, the fanbase is so loyal that Thomas and Bell were able to raise nearly $4 million within hours of launching a 2013 Kickstarter campaign to fund a Veronica Mars movie.

Although said film was led by Bell and featured many familiar faces from the show, it flopped – grossing just $3.5 million total on a $5 million budget.

Fans of Kristin Bell’s latest show on NBC – known as The Good Place – will be happy to hear the pending Veronica Mars series will not handicap her duties.