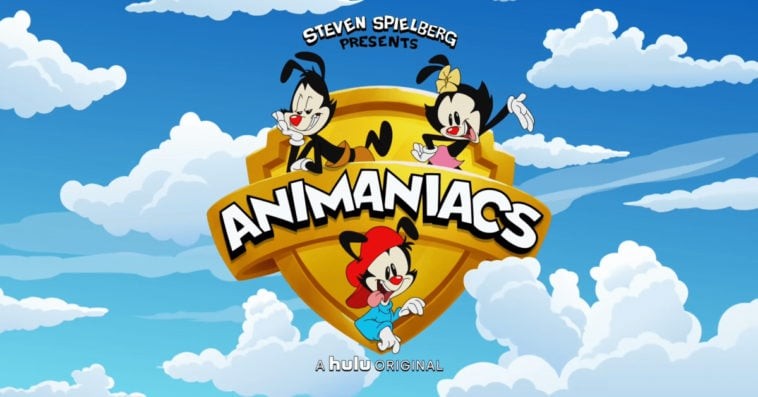 Animaniacs turned 27 last Sunday, and to celebrate the historic milestone, Hulu released the first-ever teaser for the much-awaited revival of the animated comedy series.

The one-and-a-half teaser features clips from the original show and new sketches for the reboot. The majority of the video, however, shows returning cast members Rob Paulsen (Yakko, Pinky and Dr. Scratchansniff), Jess Harnell (Wakko), Tress MacNeille (Dot), and Maurice LaMarche (the Brain and Squit) working hard at the recording studio.

“We all love this show and these characters so much, and the script, so far, they’re really really funny,” Harnell says in the teaser. “It’s gonna be a great new endeavor.”

To celebrate the 27th anniversary of the original series premiere, we're giving you a special behind-the-scenes look of your favorite voice cast at work.

Stream brand new episodes of #Animaniacs on November 20th, only on Hulu! pic.twitter.com/CQSIQo1lq2

A variety show that centers on Warner siblings Yakko, Wakko, and Dot, Animaniacs originally ran for two seasons on Fox Kids from 1993 to 1994, and for three additional seasons on Kids’ WB from 1995 to 1998.

Amblin Television and Warner Bros. Animation started to develop the Animaniacs revival back in May 2017, a few months after the show enjoyed a renewed popularity following its 2016 arrival on Netflix. In January 2018, Hulu officially announced the revival in partnership with original series executive producer Steven Spielberg and Warner Bros. Domestic Television Distribution. The revival has an initial two-season order, with season 1 premiering on November 20th, and season 2 set to debut sometime in 2021. Both seasons have 13 episodes each.

In addition to Spielberg, also exec producing the revival are Warner Bros. Animation and Warner Digital Series president Sam Register, as well as Amblin Television co-presidents Justin Falvey and Darryl Frank. Wellesley Wild (Family Guy, The Orville) will serve as the showrunner for the series.

Julie and Steven Bernstein, who both composed additional music for the show’s original run, will also be back to score the revival.