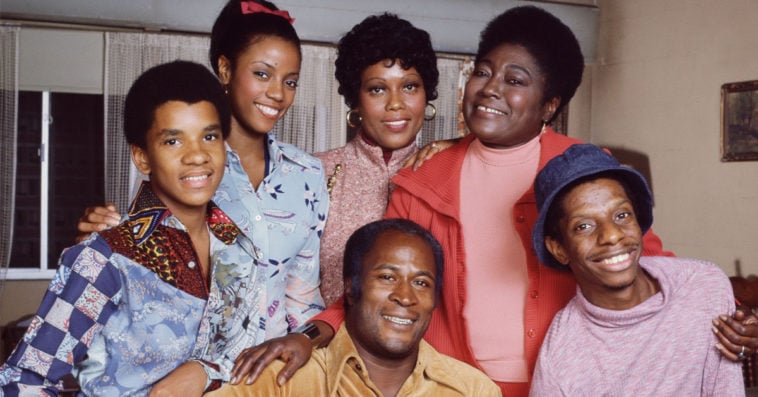 The Evans family is coming to Netflix in animated form.

The streaming service has given a 10-episode, straight-to-series order to an animated take on the classic sitcom Good Times. The reboot is being developed by original series creator Norman Lear and his production company Act III Productions, in partnership with basketball star Stephen Curry and Family Guy author Seth MacFarlane, along with their production companies Unanimous Media and Fuzzy Door, respectively. Carl Jones, whose credits include animated series The Boondocks and Black Dynamite, will serve as the creator and showrunner of the project.

According to its logline, the new series will follow “the Evans family as they navigate today’s world and contemporary social issues. Just as the original did years ago, Good Times strives to remind us that with the love of our family, we can keep our heads above water.”

In a statement, Jones said that it’s a “dream come true” for him to be “working with the legendary talents of Norman Lear, Seth MacFarlane and Stephen Curry.” He also described the reboot “a little edgier” than the original, as “the struggle has just gotten strugglier.”

Lear and his producing partner Brent Miller, meanwhile, said that they “can’t think of anything better at this time in our culture” than an animated reimagining of Good Times. “In a year filled with darkness, this is one bright light we won’t soon forget,” said the duo, before thanking series producer Sony Pictures TV as well as Netflix.

Lear and Miller’s sentiments were echoed by Curry and Unanimous Media co-founder Erick Peyton, saying that “Good Times strives to remind us that with the love of our family we can overcome any obstacle. We think, now more than ever, the world needs to see a show with hope and positivity.”

Though in animated form, this reimagining of Good Times will make viewers fall in love with the Evans family all over again “through the lens of Carl’s sharp, biting humor,” said MacFarlane and his producing partner Erica Huggins in a joint statement.

The original series, which ran for six seasons on CBS from 1974 to 1979, starred Esther Rolle and John Amos as Florida and James Evans ― the household heads of a family living in Chicago’s Cabrini-Green public housing project. Completing the show’s original main cast were Ja’Net Dubois, Ralph Carter, Jimmie Walker, and Bern Nadette Stanis. It’s not clear, however, whether any of them will return in any capacity for the animated take.

Good Times made headlines last December when its season 3 episode The Politicians from the year 1975 was recreated for the third installment of Lear’s Live in Front of a Studio Audience. The updated live version featured Viola Davis, Andre Braugher, Tiffany Haddish, and Jharrel Jerome, and many others.